Completing the first phase of its deployment, the Royal Navy’s HMS Queen Elizabeth and her escorts and auxiliaries passed through the Suez Canal. It marked the end of a six-week phase of exercises and operations in the Eastern Atlantic, Mediterranean, and the Black Sea. The group is on a seven-and-a-half-month deployment to promote solidarity and cooperation with the United Kingdom’s NATO partners and show the flag globally.

During the first phase of the deployment, the nine ships of the Carrier Strike Group visited eleven different European countries, hosting dignitaries and events designed to support British trade and exports. Exercises and sorties were staged with allies including France, Italy, and the United States. HMS Queen Elizabeth launched missions over Iraq and Syria from the Eastern Mediterranean, while HMS Defender and HNLMS Evertsen were conducting concurrent operations 1600 miles away in the Black Sea.

“The Carrier Strike Group’s period working with our NATO partners in the Atlantic, Mediterranean, and Black Seas offers unmistakable proof that the United Kingdom’s most important overseas defense commitment remains the security of the Euro-Atlantic region,” said Commodore Steve Moorhouse, Commander United Kingdom Carrier Strike Group. “Our program of defense engagement involved a huge amount of work in support of British Embassies and High Commissions, but from Alicante to Alexandria and Bar to Batumi, the message was the same: Britain’s friends and allies are delighted to see the Royal Navy back in town." 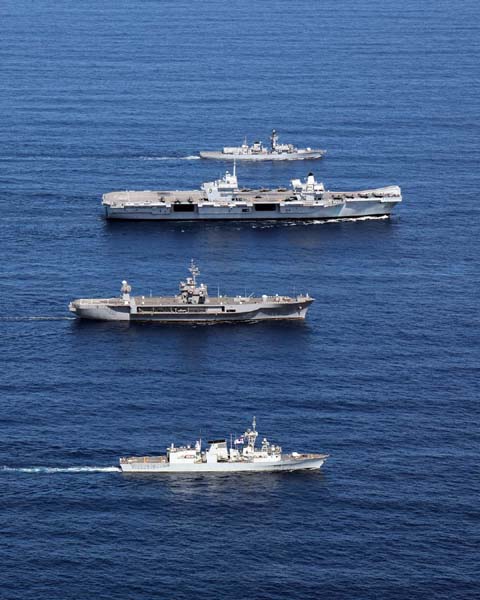 Highlights of the first phase of the deployment included exercises with the French aircraft carrier Charles De Gaulle. In a joint mission called Exercise Gallic Strike, the dual carrier operation with the French was the first of many where Europe’s two most powerful navies rendezvous and worked together.

There were also exercises with the Italian air force and navy, and combined with the Western maritime forces for Steadfast Defender, NATO’s flagship exercise for 2021.

Recently, the Strike Group joined coalition operations in the Eastern Mediterranean. In what the Royal Navy called a historic milestone, British and American F-35B strike fighters flew the first operational missions from a Queen Elizabeth-class carrier. They flew over Iraq and Syria as they stood ready to strike at Daesh (Arabic acronym for ISIS).

Meanwhile, 1,600 miles away, HMS Defender and the Dutch frigate HNLMS Evertsen visited Ukraine, Georgia, and Romania in a mission designed to underline NATO’s commitment to security, prosperity, and the rule of law in the Black Sea.

“Now we head east, towards the rising economies of the Indo-Pacific,” said Commodore Moorhouse. From the Strait of Gibraltar to the Strait of Malacca, CSG21 offers unprecedented influence and engagement in support of Global Britain.” 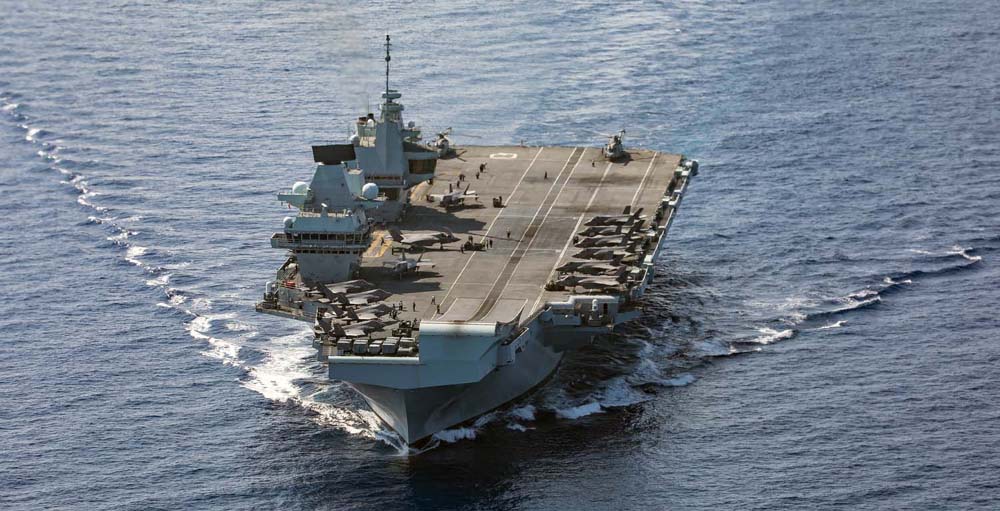 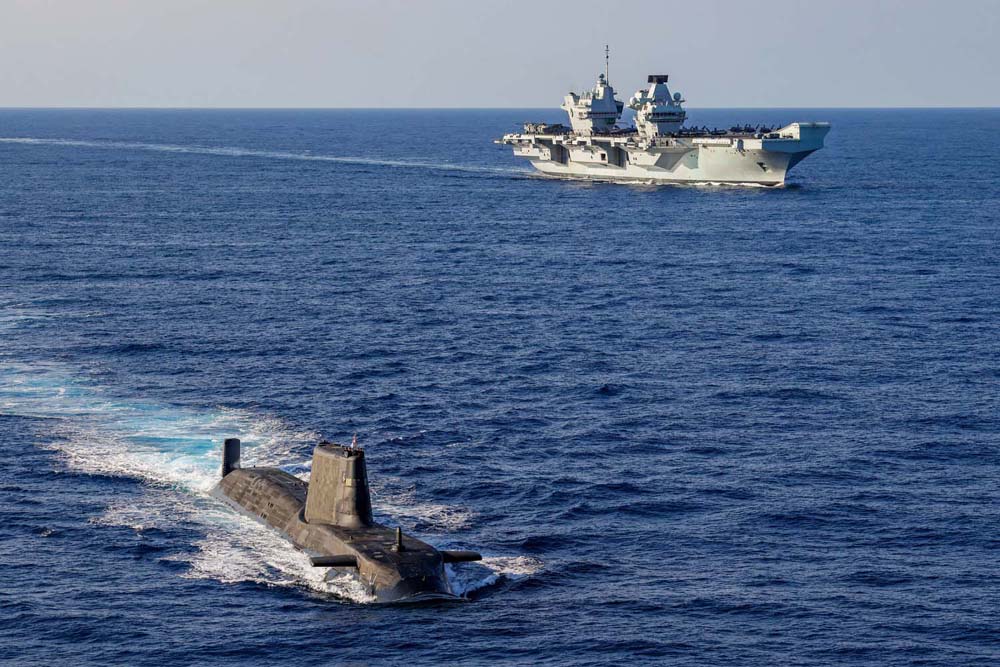 (photos courtesy of the Royal Navy)