The Eni Norge operated Goliat field was officially inaugurated by Norway Minister of Petroleum and Energy, Tord Lien, on Monday. Goliat is the first oil field to come on stream in the Barents Sea. 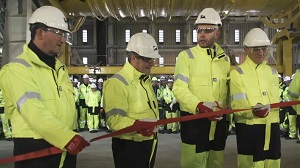 Production at Goliat started safely in the evening of March 12, 2016, and was followed by a rapid production ramp-up of all wells. Full re-injection of associated gas into the reservoir has started and re-injection of produced water in order to minimize environmental impact will soon commence.

The Goliat field is located 88 kilometers (55 miles) north west of Hammerfest, Norway. Goliat is the world's largest and most sophisticated circular FPSO. The platform is fully winterized and is specially designed for operations in the Barents Sea. It is powered from shore through a subsea electrical cable, which, at the time of construction, was the longest of its kind ever made. Hydro-electric power from shore reduces CO? emissions from Goliat by up to 50 percent. This equals the emissions from 50,000 cars annually. 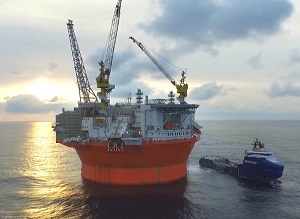 The platform has a production capacity of 100,000 barrels of oil per day and storage capacity of 950.000 barrels. Its estimated recoverable reserves are ca 180 million barrels of oil. Field life is currently estimated to 20 years, with significant upside already identified. Production will be facilitated using a subsea system consisting of 22 wells (17 of which are already completed). There are twelve production wells, seven water injectors and three gas injectors.

Eni, operating through its subsidiary Eni Norge AS, has been present in Norway since 1965. The company has interests in exploration licences and producing fields such as Ekofisk, Norne, Åsgard, Heidrun, Kristin, Mikkel and Urd, with a total production in 2015 of 106,000 boed. With Goliat, eni Norge production will grow above 160,000 boed net to Eni.