The turbine was installed by Fred. Olsen Windcarrier’s jack-up installation vessel Brave Tern, with the final blade installed 8:30am local time on Thursday.

A year ago, Deepwater Wind made history with the first “steel in the water.” All five steel jacket foundations were successfully installed during an 18-week construction period, with approximately 200 workers (100 of them local) and a dozen construction and transport barges, tugboats, crew ships and monitoring vessels active at the project’s port facilities and the wind farm site. 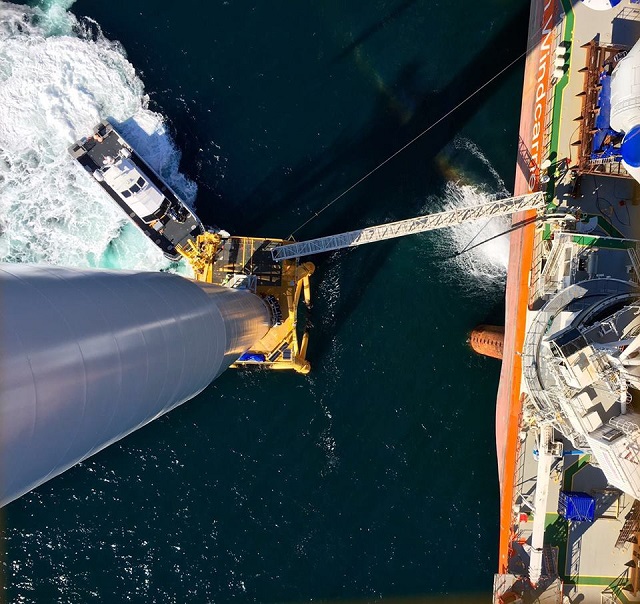 Last week, the Big Max cable lay vessel (under a contract with LS Cable and its subcontractor Durocher Marine) completed installation of all cables for the project, including the four inter-array cables connecting the five wind turbine foundations and the export cable connecting the wind farm to a new substation on Block Island.

National Grid completed the installation of the sea to shore submarine cable connection between Block Island and mainland Rhode Island in June.

All 15 turbine tower sections and 15 blades, supplied by GE Renewable Energy and its blade manufacturer LM Wind Power, have been delivered to ProvPort, in Providence. These components will be shuttled from ProvPort to the project site by two Montco Offshore liftboats – the L/B Paul and the L/B Caitlin – that arrived at Quonset Point earlier this month.

GE has completed manufacturing of all turbine components. The last major components to be completed – the five nacelles – began their journey across the Atlantic from the manufacturing facility in St. Nazaire, France, to the project site on July 15.

The final construction phase – offshore turbine installation by Brave Tern and the two Montco liftboats – will take roughly one month and is expected to finish by early September.

GE technicians will commission the wind turbines, a process that will start during offshore installation and take several months. The Block Island Wind Farm’s crew transfer vessel, Atlantic Wind Transfer’s Atlantic Pioneer, will transport these technicians to the wind farm. The wind farm will be in commercial operations once commissioning is complete. 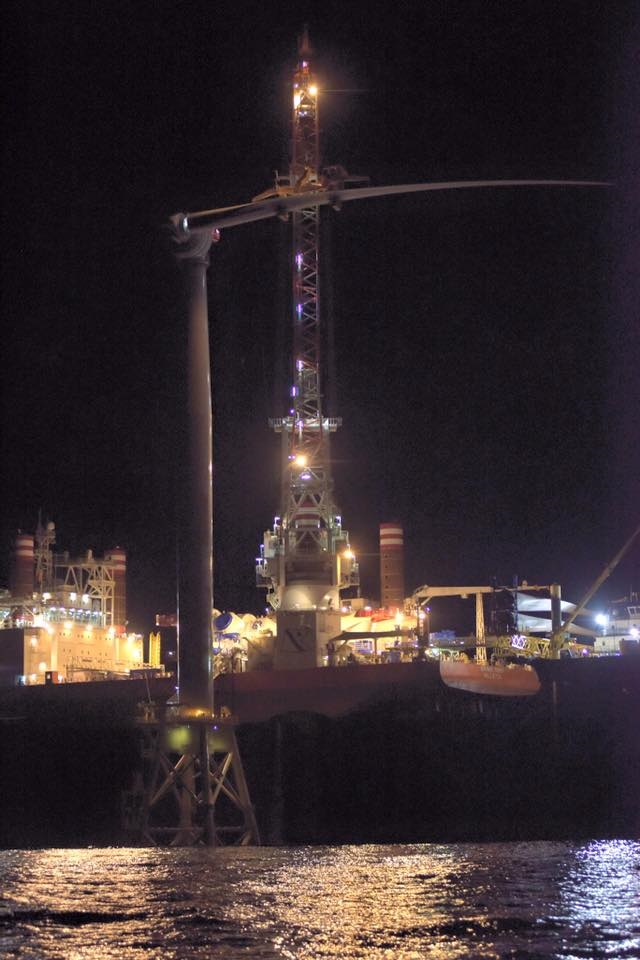