Scotland reopened its ports to cruise ships starting today, six weeks after the U.K. permitted domestic cruises to restart for residents. The move came the same day as England celebrated what was being called “freedom day,” as pandemic-related restrictions and the requirements for face coverings and social distancing were ended.

Six weeks ago, Scotland had refused to go along with England when cruise ships were permitted to resume voyages carrying U.K. residents under restrictions on trips to sea or visiting the country’s domestic ports. At the time, the Scottish government highlighted that it said it would make its policy decisions to coincide with the restart and it would be based on the health status and overall level of precautions across Scotland. While many parts of the region had their restrictions at low levels by the beginning of June, the country overall remained at level two with the government saying it would have to reach level one or zero for cruises to resume. Scotland moved to level zero as of July 19. 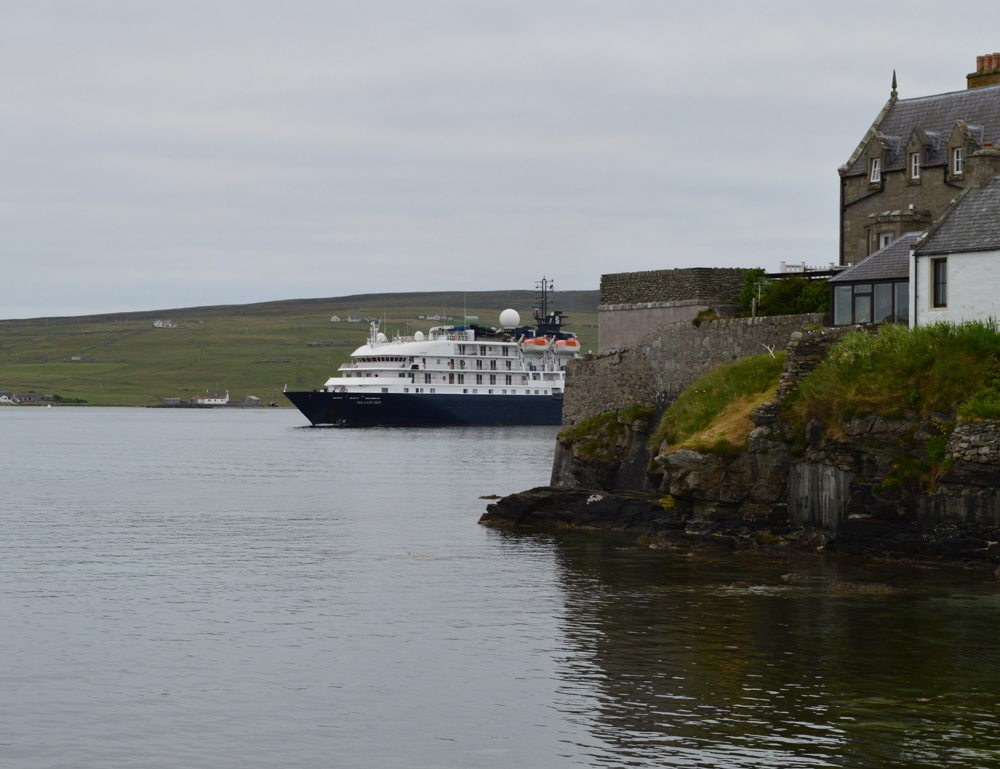 Lerwick Port Authority Chief Executive, Captain Calum Grains, said, "We’ve been working through the many steps required with all interested parties to ensure that Covid measures are in place to protect everyone involved during cruise ship visits. In the initial phase of restarting, all passengers coming ashore at Lerwick are likely to travel in bubbles of up to 15 and observing all precautions.”

The Port of Cromarty Firth on the east coast of Scotland also confirmed plans that cruise ships will resume visits. TUI’s Marella Cruises ship the Marella Explorer 2 is scheduled to visit Invergordon, Scotland on July 25. It is a mid-sized cruise ship, which at 71,000 gross tons normally accommodates 1,800 passengers. The port authority also emphasized that strict safety precautions would be in place to coincide with the limitations announced by the Scottish government, including limited shore excursions and passengers demonstrating negative COVID-19 test results. The Scottish parliament is due to further review COVID-related restrictions at the end of the month.

“The decision to resume cruise is a welcome encouragement for our Scottish ports and harbors with the wider supply chain now able to recommence operations, welcoming UK sailings and UK passengers only, after a period of nearly 18 months following a voluntary suspension of visits in March 2020,” noted Rob Mason, chairman of Cruise Scotland.

The cruise ships scheduled to resume service had been forced to alter their itineraries while Scotland had kept its ports closed. In June. MSC Cruises only found out about the port close the day before its cruise ship was due to arrive in Scotland. Next week, Saga Holidays is due to celebrate the entry into service of its new cruise ship but previously announced an itinerary change to omit Scotland.