The first cruise ship in two and a half years arrived in Auckland, New Zealand on August 11 marking for the industry and the country the end of one of the longest COVID-19 related closures. Coming just a week after New Zealand reopened its borders to international tourists, the arrival of P&O Cruises’ Pacific Explorer was hailed as a key turning point for the industry as it works to rebuild for a full upcoming summer season due to launch in October.

Auckland mayor Phil Goff told onlookers who turned out to welcome the cruise ship that it was “a momentous day.” Speaking during the official welcoming ceremony, the mayor said, “The return of cruise ships bringing international visitors will provide a welcome economic boost to affected businesses, particularly in the hospitality and accommodation sector. It will also help enhance the vibrancy of our city with more people shopping, dining, and spending time in our downtown.”

Port Auckland pointed out the vital role cruise ships had played in the economy before the borders were closed in the spring of 2020. Auckland’s last cruise ship departed on April 18, 2020. Officials of the port authority said between 2015 and 2020 expenditures from cruise ships coming to the city more than doubled. Auckland had received more than 100 cruises every year bringing in more than 300,000 people.

P&O Cruises resumed sailing from Sydney, Australia in June and added the New Zealand port call to the Pacific Explorer’s cruise when it was confirmed that the borders were reopening. The cruise ship is on a 12-day cruise from Australia to Fiji carrying approximately 1,000 passengers. Built in 1997 by Fincantieri for Princess Cruises, the vessel was transferred to the Australian market in 2017. She is 77,400 gross tons with a passenger capacity of approximately 2,000 people.

“This is an exciting day for P&O and an exciting day for cruising and we thank New Zealand for today’s warm welcome,” said Marguerite Fitzgerald, president, Carnival Australia and P&O Cruises Australia. While the visit was a pre-season one-off call, Fitzergald highlighted they would return during the summer season, and plans call for a cruise originating from New Zealand in 2023, the first in three years. 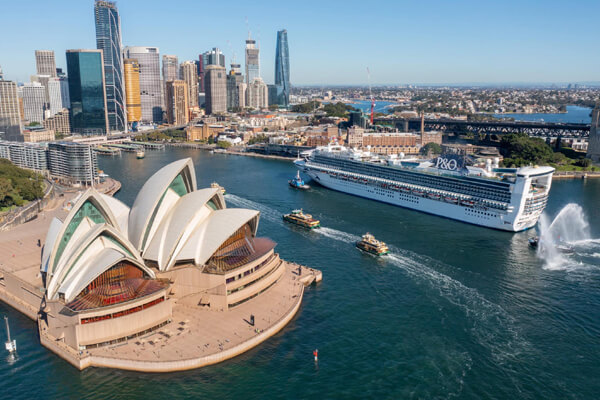 The return to New Zealand comes as part of a broader effort by the cruise industry to rebuild operations after the long pause. Carnival Corporation in 2020 decided to sell most of the vessels in P&O Cruises Australia’s fleet leaving only the Pacific Explorer to return. Last week, they introduced the first of two “superliner” cruise ships, P&O’s first over 100,000 gross tons in the Australian market. Built in 2001, as the 109,000 gross ton Star Princess, the vessel has been renovated for the Australian market as the Pacific Encounter. She starts her first cruise from Brisbane on August 20. At the end of October, she will be joined by a sister ship, the former Golden Princess which is relaunching in Australia as the Pacific Adventure.

Earlier this week, the Port of Newcastle, Australia also welcomed back its first post-Covid cruise ship. Princess Cruises’ Coral Princess (91,600 gross tons) made its maiden arrival in the port. The cruise ship is slated to run five cruises from Newcastle in addition to departures from Sydney and Brisbane. She kicked off the first of a total of 11 cruises due to depart from the port in the coming months.

Carnival Corporation is also set to relaunch its Carnival Australia cruise operation later this year. The Carnival Splendor (113,500 gross tons) returns to Australia in October and the following month another cruise ship transferring from Costa arriving in Australia as the Carnival Luminosa (92,600 gross tons) sailing from Brisbane.

“The suspension of international cruising over the past two years has had a huge impact on the travel industry and we now have an opportunity to work on a revival,” said CLIA Managing Director Australasia Joel Katz. The trade group has predicted a strong rebound in the Australia-New Zealand region. P&O’s Fitzerland reiterated the view saying the company had a strong rebound to pre-Covid booking levels, something that has not happened as quickly in other parts of the world. 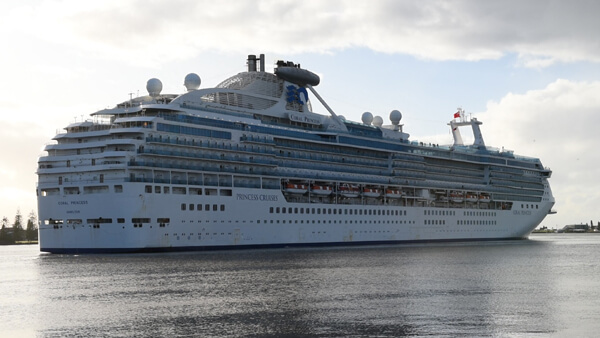