On Halloween, an RNLI lifeboat crew out of Newlyn, UK carried out a rescue in extreme conditions, battling Force 10 winds to save a yacht that was taking on water in a North Atlantic storm.

At 2025 hours on Monday, the volunteer crew of the 56-foot lifeboat Ivan Ellen received an urgent request from HM Coastguard. A 40-foot French yacht with eight people on board was taking on water at a position two miles southwest of Porthleven, a port town at England's far southwestern tip.

A nearby coastal weather station was recording winds gusting to 75 knots and sustained storm-force wind speeds of 55 knots (Force 10).

Eight minutes after the call, with Coxswain Patch Harvey at the helm and seven crew on board, the Ivan Ellen launched into horrendous weather conditions.

In driving heavy rain, rough seas and minimal visibility, the lifeboat made her way across Mount’s Bay towards the stricken yacht. On arrival they found that it was drifting southeast towards shore. It was pitching and tossing, and the conditions were far too rough to transfer over a salvage pump and a crewmember to operate it.

The lifeboat came alongside the yacht and contacted the skipper over VHF. The skipper said that they did not have sufficient safety equipment for the eight persons on board to safely abandon ship. The next best option available was to rig a tow and try to keep the yacht off the rocks.

Volunteer crewmembers James Roberts and Will Treneer went out on deck, and a tow was connected to the stricken yacht on the first throw. The lifeboat began to tow the survivors to deeper water, but in less than five minutes the tow rope parted. As the lifeboat crew recovered the soaked and heavy tow rope, the yacht continued drifting. By the time the lifeboat and crew were ready to make another try, the yacht was about a mile off shore.

A second tow rope was connected on the first attempt, and the Ivan Ellen towed the yacht to the west, into the prevailing conditions.

However, the yacht was developing another problem. At some point a port side hull window had broken near the waterline, and water was pouring into the cabin. The skipper called over VHF and told the lifeboat crew that they had water up to their shins and that two of his crew were in poor condition.

Coxswain Harvey contacted the Falmouth Coastguard and asked for helicopter assistance. The Coastguard Rescue Helicopter 924 was en route to a different tasking but was diverted to the scene to help.

While the lifeboat kept the yacht headed into the weather, the aircrew skillfully hoisted all eight survivors to safety, despite the yacht's pitching and the hazards of its rigging.

Its crew safely evacuated, the yacht stayed under tow. It kept taking on water but did not capsize, and the lifeboat towed it safely back into Newlyn Harbor at 0130 hours (below). 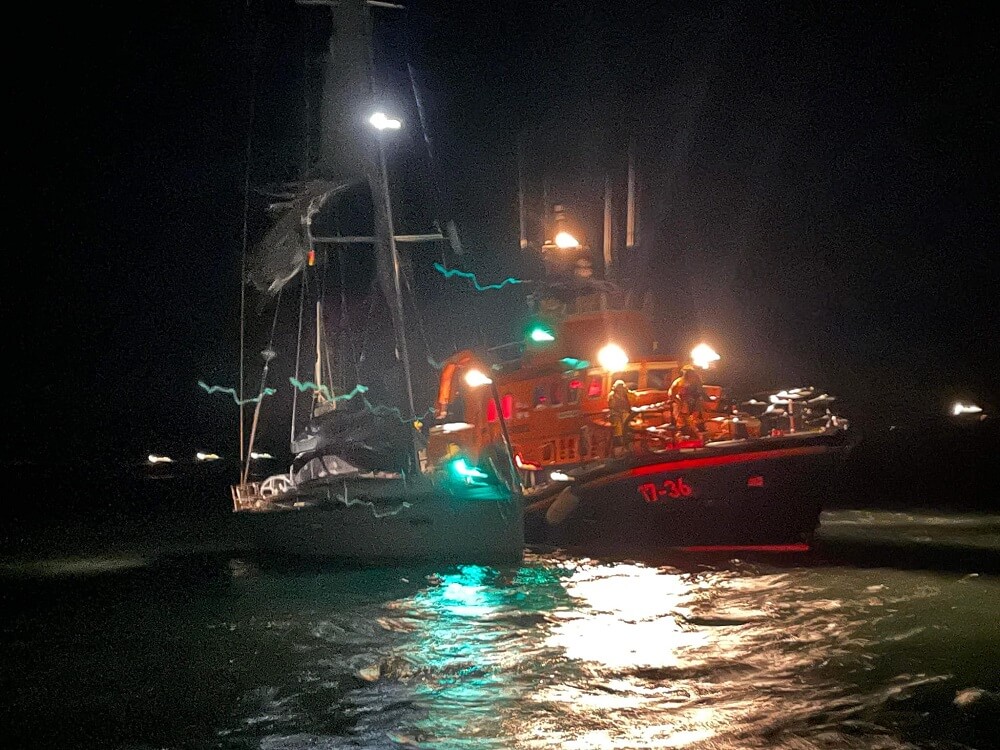 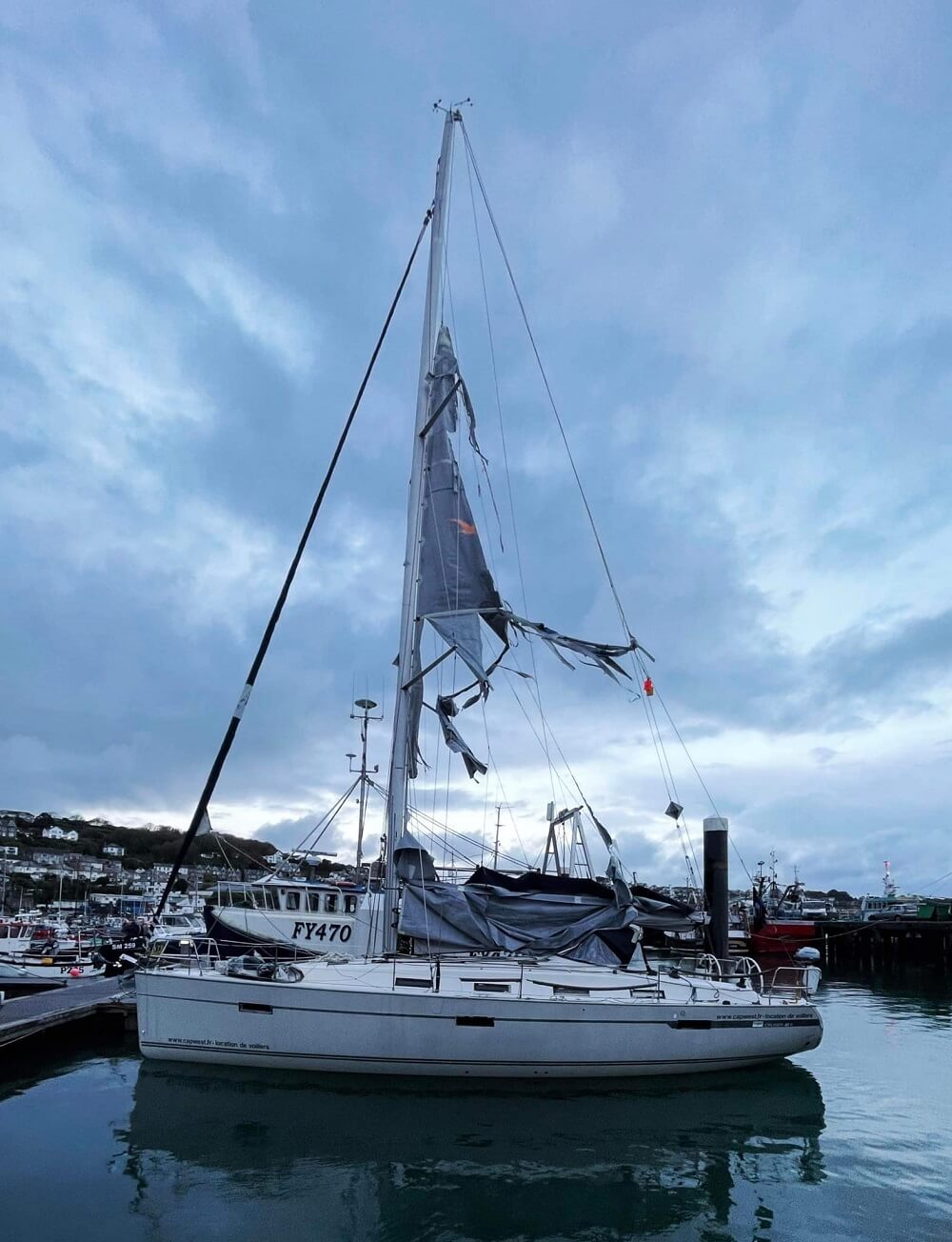