The European Union proposed doubling the size of its Mediterranean search and rescue operations on Monday, as the first bodies were brought ashore of some 900 people feared killed in the deadliest shipwreck while trying to reach Europe.

Three other rescue operations were underway on Monday to save hundreds more migrants in peril on overloaded vessels making the journey from the north coast of Africa to Europe.

Italian police interviewed 27 survivors of the wreck as they were brought to Italy on a coast guard vessel. Delrio said Catania state prosecutor Giovanni Salvi, who has opened a homicide investigation into the disaster, ordered the arrest of the two. Officials from the prosecutor's office said they were the captain of the vessel and his first mate.

The mass deaths have caused shock in Europe, where a decision to scale back naval operations last year seems to have increased the risks for migrants without reducing their numbers.

"The situation in the Mediterranean is dramatic. It cannot continue like this," said European Council President Donald Tusk, calling an extraordinary summit of EU leaders for Thursday to plan how to stop human traffickers and boost rescue efforts. 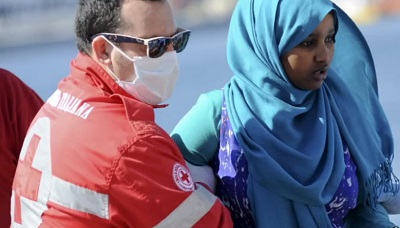 Malta's Prime Minister Joseph Muscat said as many as 900 people may have died in Sunday's disaster off the coast of Libya when a large boat capsized. That is the highest death toll in modern times among migrants, who are trafficked in the tens of thousands in rickety vessels across the Mediterranean.

In Vienna, more than 3,000 people including President Heinz Fischer gathered at a memorial service for the dead. The demonstrators put candles on an inflatable raft in their memory.

EU ministers held a moment of silence at a meeting to discuss the crisis in Luxembourg. The bloc's executive, the European Commission, presented a 10 point plan to address the crisis, which would include doubling the size and the funding of "Triton", an EU naval operation in the Mediterranean.

But even that would leave the operation smaller and less well-funded than an Italian mission abandoned last year due to costs and domestic opposition to sea rescues that could attract more migrants.

The 10 point plan received the full backing of EU Foreign and Interior Ministers. High Representative/Vice-President Federica Mogherini and Commissioner Dimitris Avramopoulos jointly stated: “We need to show that same collective European sense of urgency we have consistently shown in reacting in times of crisis. The dire situation in the Mediterranean is not a new nor a passing reality. That is why the Commission will come forward with a comprehensive European Agenda on Migration in May to address the structural problems.

“The 10 actions we have agreed upon today are the direct, substantial measures we will take to make an immediate difference. All of these actions require our common effort, the European institutions and the 28 Member States. We will convey these proposals to the European Council which will meet on Thursday in an extraordinary session to address the situation in the Mediterranean. This is what Europe taking responsibility is - all of us working together.”

1. Reinforce the Joint Operations in the Mediterranean, namely Triton and Poseidon, by increasing the financial resources and the number of assets. We will also extend their operational area, allowing us to intervene further, within the mandate of Frontex ( the European Agency for the Management of Operational Cooperation at the External Borders of the Member States of the European Union); 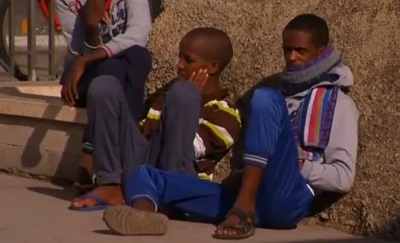 2. A systematic effort to capture and destroy vessels used by the smugglers. The positive results obtained with the Atalanta operation should inspire us to similar operations against smugglers in the Mediterranean;

3. Europol, Frontex, EASO (an agency of the European Union that plays a key role in the concrete development of the Common European Asylum System) and Eurojust will meet regularly and work closely to gather information on smugglers modus operandi, to trace their funds and to assist in their investigation;

4. EASO to deploy teams in Italy and Greece for joint processing of asylum applications;

5. Member States to ensure fingerprinting of all migrants;

7. An EU wide voluntary pilot project on resettlement, offering a number of places to persons in need of protection;

9. Engagement with countries surrounding Libya through a joined effort between the Commission and the EEAS; initiatives in Niger have to be stepped up.

10. Deploy Immigration Liaison Officers (ILO) in key third countries, to gather intelligence on migratory flows and strengthen the role of the EU Delegations.

Italy and Malta were working to rescue another two migrant boats with around 400 people off the coast of Libya on Monday. Hundreds of kilometers to the east, coast guards were struggling to save scores of migrants from another vessel destroyed after running aground off the Greek island of Rhodes.

Greek coast guards said at least three people were killed there. Television pictures showed survivors clinging to floating debris while rescuers pulled them from the waves.

Italy's Prime Minister Matteo Renzi compared the smuggling of migrants across the Mediterranean to the African slave trade of centuries ago. "When we say we are in the presence of slavery we are not using the word just for effect," he said.

European officials are struggling to come up with a policy to respond more humanely to an exodus of migrants travelling by sea from Africa and Asia to Europe, without worsening the crisis by encouraging more to leave.

"Search and rescue alone is not a silver bullet," said German Interior Minister Thomas de Maiziere. "If you just organize search and rescue, criminals who get the refugees on board will send more boats." 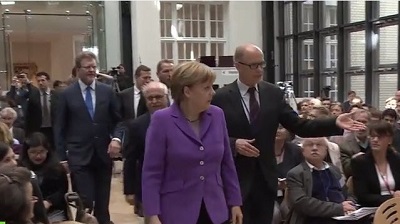 Nevertheless, Chancellor Angela Merkel said that alongside efforts to fight trafficking, more should be done to save those at sea: "We will do everything to prevent further victims from perishing in the most agonizing way on our doorstep."

The vessel overturned and sank off the coast of Libya on Sunday when passengers rushed to one side to attract attention from a passing merchant ship.

A Bangladeshi survivor told police there had been 950 passengers onboard, many of them locked into the hold and lower deck, according to the International Organization for Migration. Officials cautioned the figure was an informal estimate.

In the Maltese capital Valletta, coast-guard officers brought ashore 24 corpses found so far. Wearing white protective suits, they carried the victims in body-bags off the Italian ship Gregoretti and deposited them in hearses as survivors looked on from the deck.

Twenty-eight survivors rescued so far were to be taken on the same boat to the Sicilian port of Catania.

In Greece more than 90 people were rescued from the boat wrecked off the coast of Rhodes: "We have recovered three bodies so far - that of a man, a woman and a child," a coast guard official said.

Among those calling for more compassion from Europe were the United Nations human rights chief and Pope Francis.

"This is a humanitarian emergency that involves us all," the IOM's Italy Director Federico Soda said, calling for a mission equivalent to the Italian operation to be relaunched immediately.

If the toll is confirmed in Sunday's tragedy, as many as 1,800 migrants will have died so far trying to cross the Mediterranean since the start of this year. The IOM estimates around 21,000 made the voyage successfully.

The number of migrants normally surges in the summer, meaning far greater numbers are likely to attempt the voyage in coming months. In total last year 174,000 made the journey successfully and around 3,200 died. 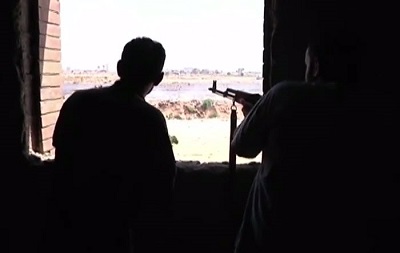 The IOM says hundreds of thousands of people could be planning to attempt the crossing from Libya, now in a lawless state with two competing governments at war with each other and incapable of policing people-smuggling gangs.

Renzi said a military operation in Libya was not on the table, while Malta's Muscat said the United Nations should mandate a force to fight people-traffickers in Libya.

Rights group Amnesty International said Thursday's summit would be a litmus test of Europe's commitment to save lives in the Mediterranean, calling for a robust rescue mission. Bernard Ryan, professor of migration law at Leicester University, told Reuters: "It's a myth to think there's some other solution".

Last week around 400 migrants were reported to have died attempting to reach Italy from Libya when their boat capsized.

Northern EU countries have so far largely left rescue operations to southern states such as Italy. According to the IOM, Italian coast guards, navy and commercial ships had rescued 10,000 migrants in the Mediterranean in the past few days.

The Secretary-General of the IIMO, Koji Sekimizu, has called for coordinated action to safeguard migrants. 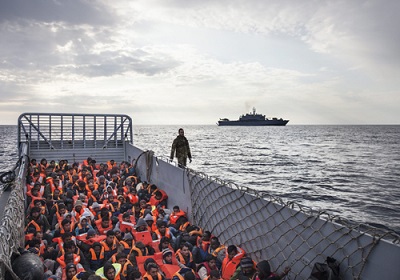 While recognizing the significant contribution of the coast guards and naval forces of Italy and Malta, EU Operation Triton and the merchant shipping industry in rescuing thousands of migrants, Sekimizu said:

"The deaths of hundreds of migrants drowned in the Mediterranean within sight of a potential rescue ship once again highlight the need for urgent action to be taken against those unscrupulous criminals whose greed and lack of respect for human life allow them to cram hundreds of innocent, desperate people into unsuitable craft with no concern for their safety.

“At the same time, I call upon Governments and the wider international community to expedite their efforts to take coordinated action to safeguard migrants and to manage the flow of migrants across borders in ways that do not lead to them being exploited and taken to sea in unsafe craft".

He added, “The international maritime search and rescue system created through IMO instruments was not designed to handle the huge flows of migrants that are currently being seen in the Mediterranean.  In being compelled to embark these unsafe vessels, migrants are effectively being put into extreme danger as soon as they leave shore. The fact that migrants are drowning within sight of their would-be rescuers is testament to the dangers they face and every effort should be taken to find safer, managed routes for migrants.”