The European Commission has approved the acquisition CMA CGM Port Terminals, based in France, and Terminal Link Holding Pte. Ltd, based in Singapore, by CMA CGM and China Merchants Port Holdings Company (CMPorts).

The 10 terminals involved in the $955 million deal will be transferred to a pre-existing joint venture called Terminal Link S.A.S, based in France, and jointly controlled by CMA CGM and CMPorts. 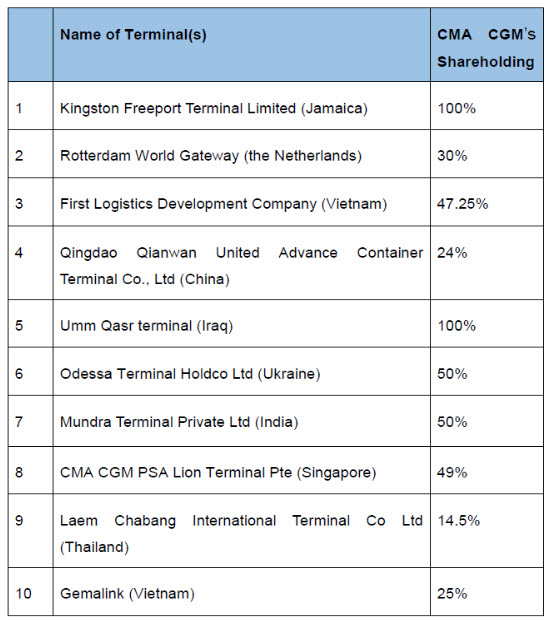 CMA CGM and CMPorts announced the deal in December last year. The terminals are located in Asia, Europe, the Middle-East and the Caribbean.

Terminal Link is active in the container terminal operation sector in Asia, Northern Europe, the Mediterranean and West Africa. Upon completion of the acquisition, it will own various levels of equity interests in 23 terminals, and CMPorts’s global presence will expand from 18 to 26 countries and regions.

The European Commission concluded that the proposed acquisitions would not raise competition concerns.