Five years after the Deepwater Horizon accident, the largest oil spill in U.S. history, many Louisiana oystermen are fearful that a once-bountiful population of the mollusks may never recover.

"My kids are losing hope," said Wilbert Collins, 77, a retired third-generation oysterman in southeastern Louisiana with four sons who followed him into the industry. The family business has endured a 60 percent drop in yields in the past five years. 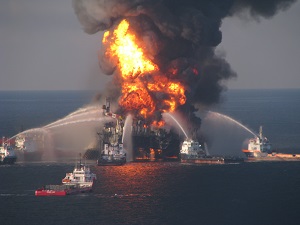 The explosion and collapse of the Deepwater Horizon oil rig on April 20, 2010, left 11 workers dead and huge stretches of the Gulf fouled with oil that gushed from the site for 87 days.

The accident has cost BP $42 billion in fines, cleanup and compensation costs. A judge is set to rule at any time on additional federal Clean Water Act penalties of up to $13.7 billion.

BP has characterized its impact on marine life as unfortunate but not catastrophic. But oyster populations in the waters off southeastern Louisiana have been particularly slow to recover.

The yield in the Lake Pontchartrain Basin, once the engine of the largest oyster industry in the United States, plummeted by more than two-thirds from 2009 to 2013, the latest year for which state data are available. 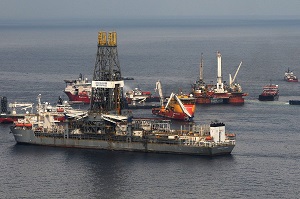 State data show that in 2009, the oyster harvest in the Lake Pontchartrain Basin fetched about $29 million, which dropped to $12 million in 2013, the latter figure buoyed by higher oyster prices.

The decline began after the spill, but its cause is unclear. Scientists are studying possible culprits including the oil itself, overfishing and the large volume of fresh water released into the brackish areas where oysters live, part of an effort to flush crude off the coast.

Citing government studies, BP has said the drop in oyster populations does not appear to have been caused by the spill.

The spill killed thousands of birds and hundreds of turtles and prompted temporary fishing bans. It also led to new rules intended to make the offshore oil and gas industry safer. 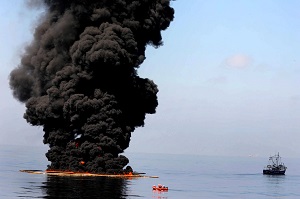 The American Petroleum Institute said it was reviewing the proposal, the third set of drilling-equipment rules put out by the Obama administration.

Those safeguards are little comfort to Collins, who said he can only hope that oyster larvae will soon return to the waters he has worked for more than 60 years.

The administrator overseeing a BP fund to compensate people and businesses claiming they were harmed by the 2010 Gulf of Mexico oil spill said on Wednesday more than $5 billion has been paid out.

A total of $5.037 billion has been paid to 62,162 claimants, the administrator, Patrick Juneau, said in a statement on his website for spill claims.

BP originally said it expected to pay $7.8 billion to resolve claims under the settlement but by February of this year had boosted its estimate to $9.9 billion.

The London-based oil company had long complained that Juneau was paying out too much, including to claimants who suffered no harm. 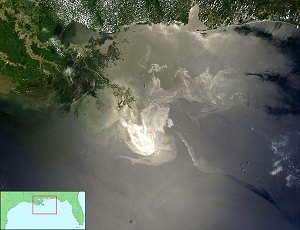 But last month, BP ended a bid to oust Juneau, citing steps he had taken to reduce fraud.

According to Juneau, more than half of the payouts so far have compensated businesses that suffered economic losses, with a significant percentage also going to the seafood industry.

BP has committed to pay $500 million over 10 years to support independent research through the Gulf of Mexico Research Initiative.

The Gulf of Mexico Research Initiative had awarded approximately $315 million in grants as at the end of 2014. Grant recipients are investigating topics including the fate of oil released, the ecological and human health impact of spills and the development of new technology for future spill response, mitigation and restoration.

The Gulf of Mexico Research Initiative was created following the spill through an agreement between BP and the Gulf of Mexico Alliance, a non-profit partnership formed by the states of Alabama, Florida, Louisiana, Mississippi and Texas. 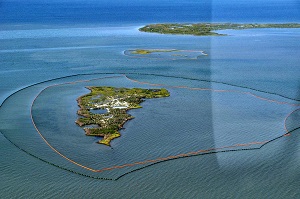 BP and the alliance agreed to create a fully independent research board to commission long-term research relating to oil spills in marine and coastal ecosystems. The research board is responsible for developing all requests for proposals, making all funding decisions and reviewing progress of the funded research.

BP funding covers grant awards and administrative costs. Grant recipients are expected to publish their results in peer-reviewed scientific journals. There is no requirement for BP to approve any research proposal or any study before publication.

With the fifth anniversary of the oil spill, the Gulf of Mexico Alliance released the “Deepwater Horizon (DWH) Project Tracker” a comprehensive website that maps oil spill restoration projects (www.dwhprojecttracker.org). The website has around 300 entries in its project listing.

Scientists have seen impacts ranging from visibly oiled birds and sea turtles to sick dolphins and dying corals, and conservation group Ocean Conservancy has created a map showing wildlife and ecosystem impacts. “In these last five years, 1,370 dolphins and other marine mammals have become stranded on the Gulf Coast,” says Rachel Guillory, Gulf Restoration Program Specialist at Ocean Conservancy. The group claims BP is working hard to make sure that everyone forgets about the spill through its PR efforts.