CSSC Huangpu Wenchong has launched what may be the world's first "unmanned vehicle carrier," a research ship purpose-built for carrying and deploying unmanned aircraft, surface vessels and submersibles.

The newly-launched Zhu Hai Yun is owned by Southern Marine Science and Engineering Guangdong Laboratory (Zhuhai), also known as the "Southern Ocean Laboratory" of Sun Yat-sen University. According to its sponsors, it is intended to help China's oceanographers to expand their research through the use of unmanned and autonomous tools.

The 290-foot vessel is designed to carry "dozens" of unmanned systems fitted with scientific instruments. The ship's developers attempted to maximize domestic content, including its propulsion, power systems, survey systems and automation systems. 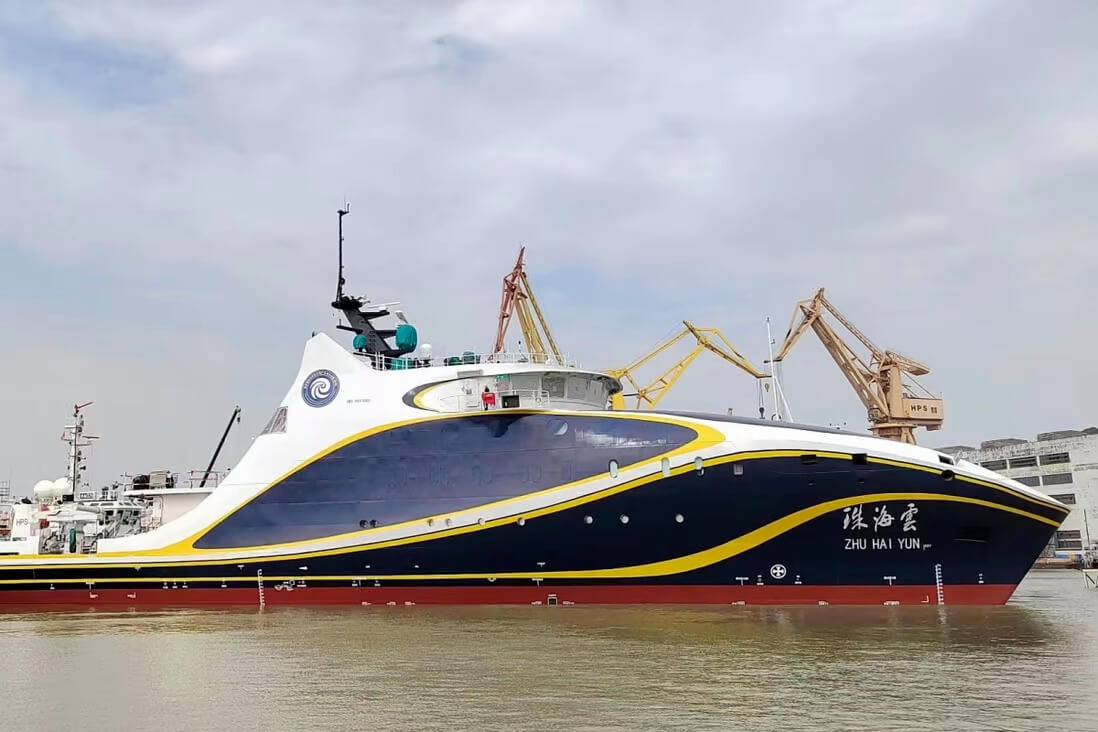 The project's overarching objective is to deploy unmanned devices en masse for a 3D, networked observation system, above and below the surface - an "Intelligent and Agile Ocean Stereoscopic Observation System" covering an area about 50 nm in diameter. Like other civilian maritime autonomy projects - for example, the Chinese Academy of Sciences' Sea Wing glider or Yunzhou Tech's swarming drones - the concept could have additional utility for naval applications.

"[For] the unmanned surface vehicles, there are diesel-powered, wave-powered and solar-powered ones. For underwater, there are smart profile buoys, which can make observations from surface to underwater, and also the underwater [glider]," explained Dr. Zhang Yunfei, founder and president of Zhuhai Yunzhou Intelligence Technology, in a statement last year. "The [networked] system spans about 100 kilometers in diameter, four kilometers into the air, and four kilometers into the water surface, covering a 3D area in the sea."

Construction of the vessel began in July 2021, and its sponsors described it as a challenging project due to its sophistication. It will now undergo outfitting alongside the pier, and delivery is expected by the end of this year.