One of the challenges for the cruise lines is finding ports to accommodate their ships during the ongoing pause in operations. As the suspension has been extended more cruise ships are seeking docks so that they can lower daily operating costs.

Residents of the small town of Eastport, Maine were surprised in mid-June when Oceania Cruises’ 785-foot long cruise ship the Riviera became a new downtown attraction. Able to accommodate 1,250 guests, the ship has the same passenger capacity as the population of the small town. Instead, she has just a skeleton crew of 131 aboard to maintain the ship, which remains in warm layup. Not scheduled to return to service until October, the Riviera is likely to be a summer resident in Maine.

The arrival of the gleaming white cruise ship drew a lot of attention and visitors to the small downtown. Initially, residents had been concerned over the plan to bring the ship to town, but Norwegian Cruise Line Holdings which owns Oceania Cruises told residents that the crew would remain in quarantine onboard abiding by the regulations from local authorities, the US Coast Guard, and the Centers for Disease Control.

According to local reports, residents are now enjoying their summer visitor. Eastporters such as resident Treena Brunelle are posting pictures of the ship on their social media as the ship became a familiar backdrop in town. Indeed, there have been reports that the Eastporters would even move a music concert to the dock so that the crew aboard the ship could also enjoy the community event. This week when it came time for the town’s mackerel fishing day at the Eastport Breakwater, the Riviera obliged heading out to sea for 24 hours to make freshwater permitting the local fishing contest to proceed from the dock.

The Eastport port authority is all too happy to have a ship at its unused pier and provide a safe port for the cruise ship. According to local media reports, Oceania Cruises is paying as much as $50,000 a month for the dock with the port authority using the proceeds to repay a debt it incurred a few years ago to repair its collapsed breakwater.

The arrangement worked out so well that Norwegian Cruise Line recently approached the port about sending a second, larger cruise ship, the 848-foot Norwegian Sun to Eastport as well. The Eastport City Councilors voted 4 to 1 to allow the Norwegian Sun to tie up at the port’s larger cargo facility at Estes Head. With reduced cargo operations due to the current economic slowdown and the coronavirus, it again seems to be a good solution for the port. Norwegian even agreed that the ship could go to sea periodically not to interfere with cargo operations.

Eastport is far from being alone in receiving cruise ships as other small ports and unused dock facilities have received similar requests from the cruise lines. At the beginning of May, another of Norwegian Cruise Line Holdings’ companies, Regent Seven Seas Cruises, tied up its 734-foot cruise ship the Seven Seas Explorer at the Port of Fernandina in northern Florida, likely becoming the first modern cruise ship to enter the port. 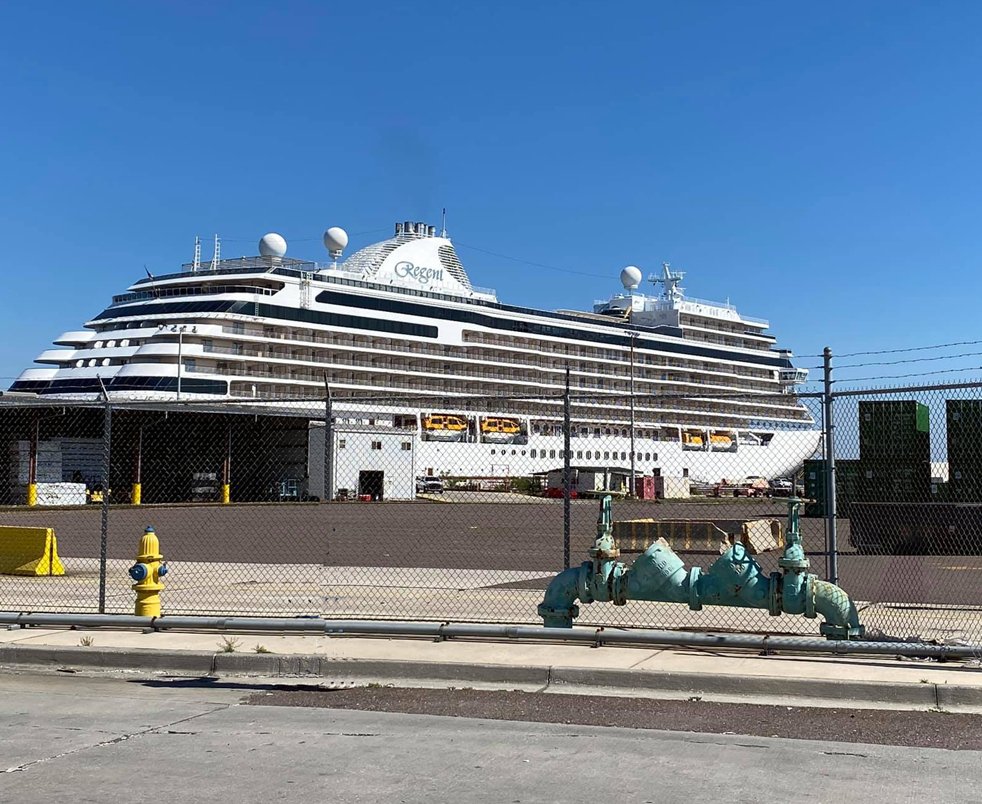 Although it is a larger port than Eastport, Maine, residents like Carole White still turned out to see their unusual visitor. White snapped a picture for her Facebook account while other residents continue to walk and drive by to see the cruise ship. Again, the 200 crew onboard have remained in quarantine.

Residents of Dorset, England have also been surprised to see some of the world’s largest cruise ships anchored in their bay. Cunard Line’s Queen Mary 2 has been seen at anchor in the bay along with P&O Cruises’ ships and the more unusual sight of several cruise ships from Carnival Cruise Line after completing their crew repatriation voyages from Florida and the Bahamas to Europe. Further to the north in Scotland, UK-cruise company Fred. Olsen Cruises recently moved its ships from anchor in the Firth of Forth to the docks at Rosyth for better access to maintenance services while they wait out the cruise suspension. 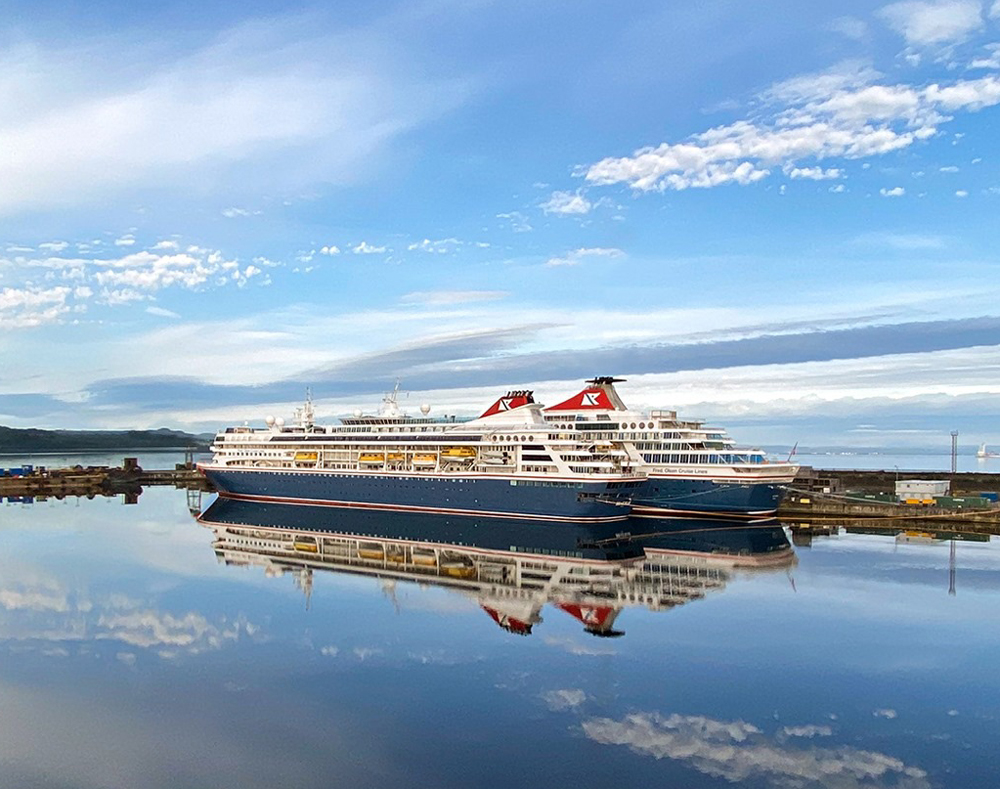 With the suspension of North American cruising currently scheduled to continue until at least September, it is likely that more cruise ships will also be seeking out available docks in smaller ports to await their return to service.