The container ship Zim Kingston lost 40 containers over the side in a storm off the Strait of Juan De Fuca on Friday, then caught fire. The Canadian Coast Guard has evacuated 16 people from the vessel, and five other crewmembers remain on board to fight the fire, the agency said.

The incident began in the early hours of Friday morning. Zim Kingston encountered heavy swells about 35 nm west of the strait's entrance, and she began rolling up to 35 degrees. 40 boxes went over the side due to the severe motion. The captain notified the U.S. Coast Guard of the cargo loss, and an Air Station Port Angeles aircrew was able to locate 35 of the containers. The aircrew deployed a datum marker buoy to monitor the movement of the debris field.

The Kingston proceeded into the Strait to an anchorage five nm off Victoria, B.C., so that the damage could be inspected. At about 1100 hours Sauturday, the crew reported that two containers on her foredeck were on fire. Video imagery captured by Reuters on Saturday showed a stack of boxes burning vigorously, with flaming material tumbling over the starboard side.

Overnight Saturday, the tug Seaspan Raven cooled the boxship's hull but did not attempt to suppress the fire. Due to the nature of the chemicals on board, applying water directly to the fire is not an option, according to the Canadian Coast Guard. 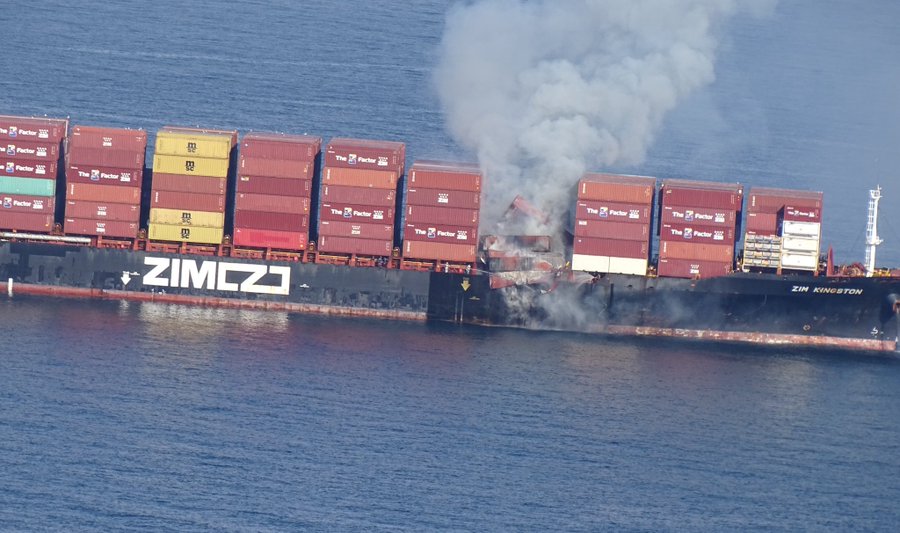 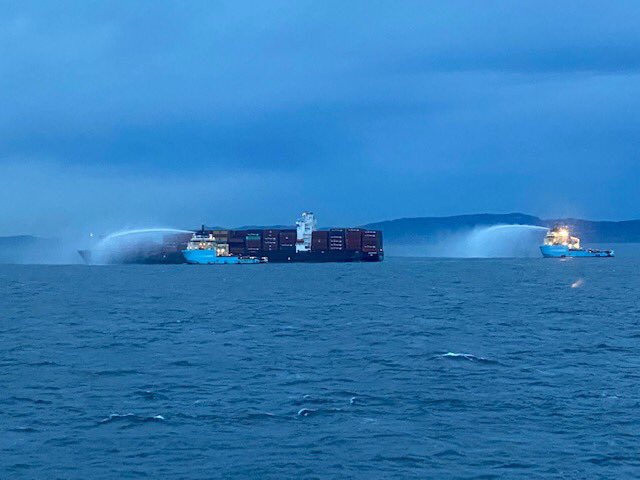 An emergency exclusion zone around the vessel has been expanded to two nautical miles, effective Sunday, to account for the risk of fire and hazardous fumes. Vessel operator Danaos Shipping said in a statement Sunday that no injuries have been reported.

Mariners have been cautioned to avoid the area of the container spill off the strait's entrance. The Canadian Coast Guard is working with the USCG to track loose boxes that stayed afloat; some are linked together in multi-container rafts and pose an elevated hazard to navigation. 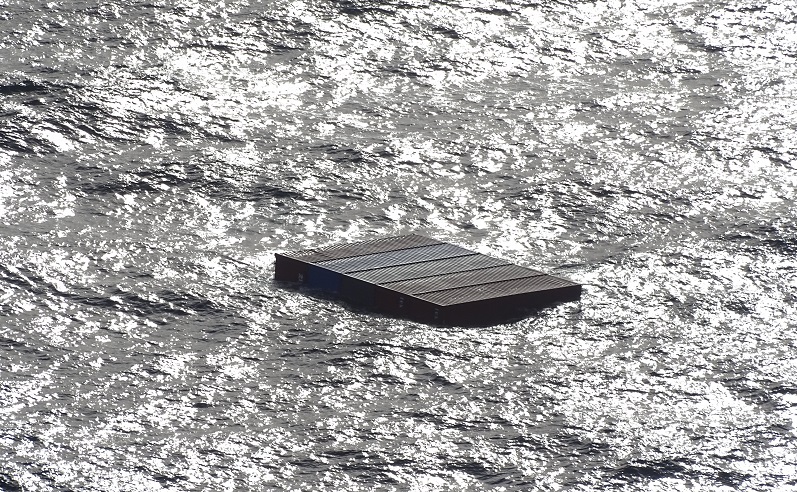 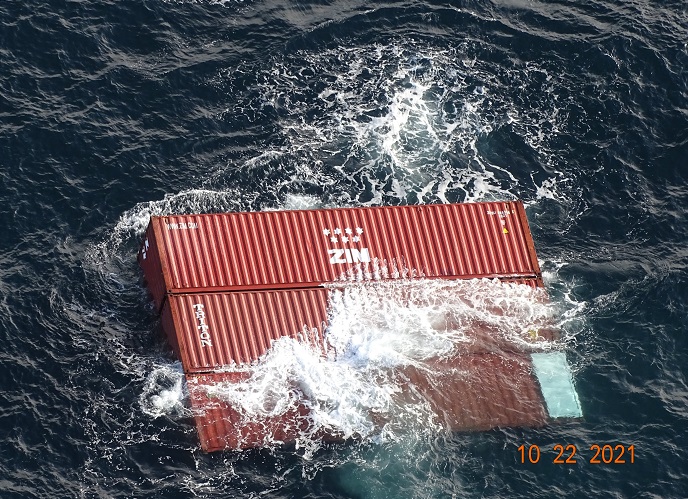 A spokesperson for the Canadian Coast Guard told Global News that the fire was related to "two damaged containers carrying hazardous goods." Among other substances, two of the boxes involved in the fire were laden with 57 tonnes of potassium amylxanthate, an industrial chemical used in the mining industry for ore processing. In the Globally Harmonized System of Classification and Labelling of Chemicals (GHS), it is classified as a corrosive, flammable compound with long-lasting toxic effects on aquatic life. 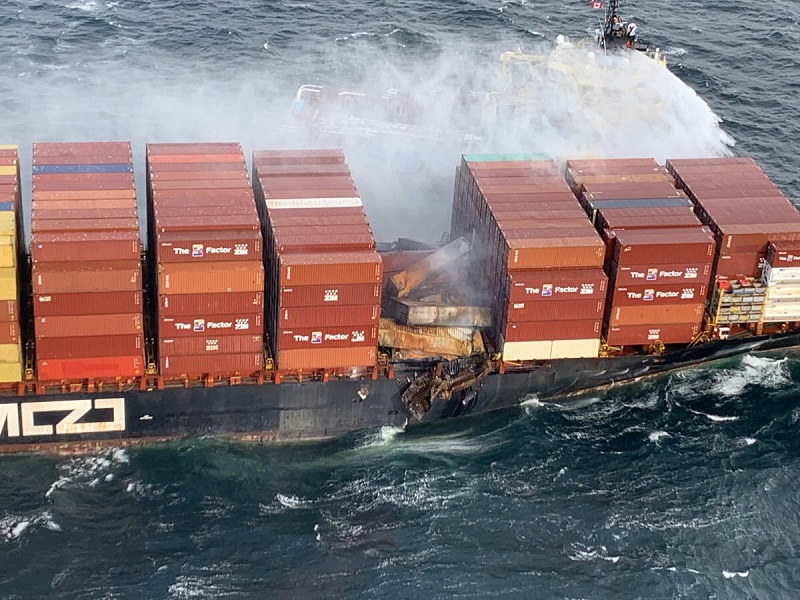 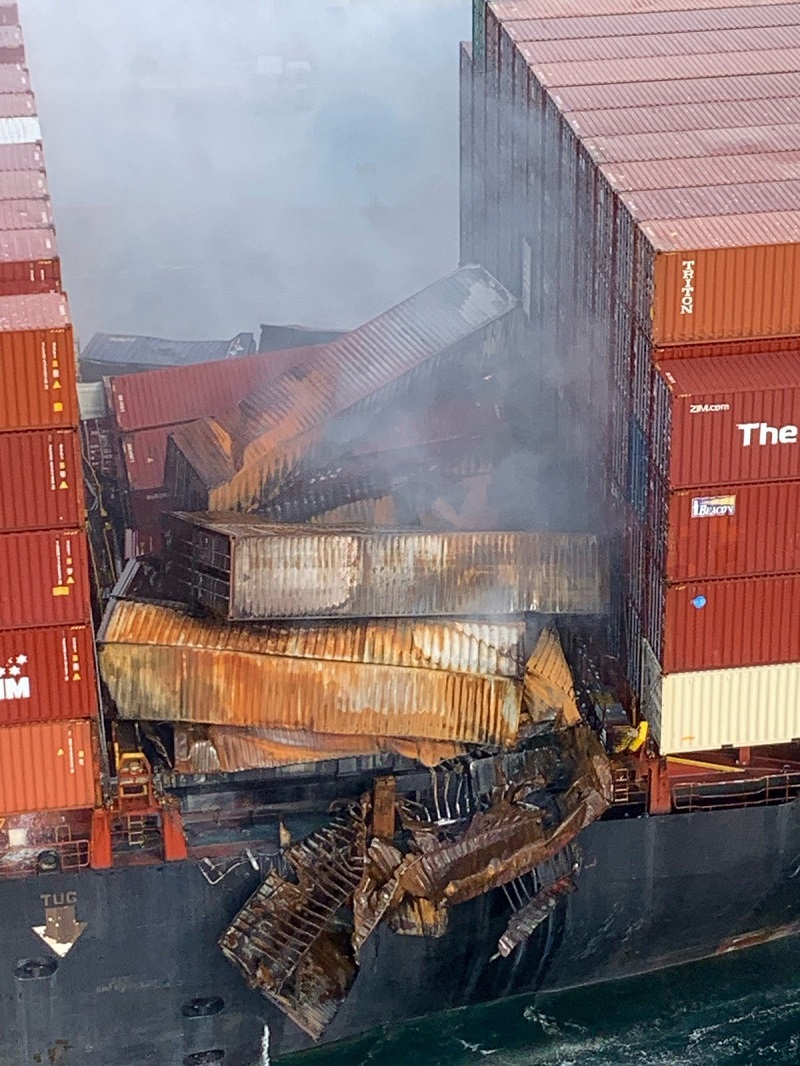 In an update Sunday evening, the Canadian Coast Guard said that the fire aboard Zim Kingston "has been stabilized." A hazmat firefighting team will board the ship on Monday, weather allowing, in order to mop up any remaining hot spots. Firefighting tugs will remain on scene to monitor the vessel overnight.

Rough weather is in the forecast for at least the next 24 hours, and a gale warning is in effect in the Strait of Juan de Fuca. The waters off the coast of the Pacific Northwest are currently experiencing an unprecedented "bomb cyclone" weather event, with a record-setting low of 943 millibars, high winds and severe seas. Multiple bar crossings have been closed along the coast due to unsafe crossing conditions.