The world’s most powerful tidal turbine is a step closer to deployment after successfully completing more than 20 months of construction. Launched on April 22 in Scotland, the turbine is now being moved into position off the Scottish coast where it will undergo commissioning before being hooked into the local onshore electricity network.

Known as Orbital O2, the turbine hull structure measures more than 240 feet in length and weighs 680 tons. Construction on the turbine began in the second half of 2019 at the Forths Ports quayside facility in Dundee, Scotland.

Last Thursday, the massive structure was transferred from the quay into the River Tay and positioned onto a submersible barge to begin a tow to an area off the Orkney Islands where it will undergo commissioning. Completion of the construction of O2 also marks the first vessel launched from Dundee since shipbuilding ended in the area over forty years ago. 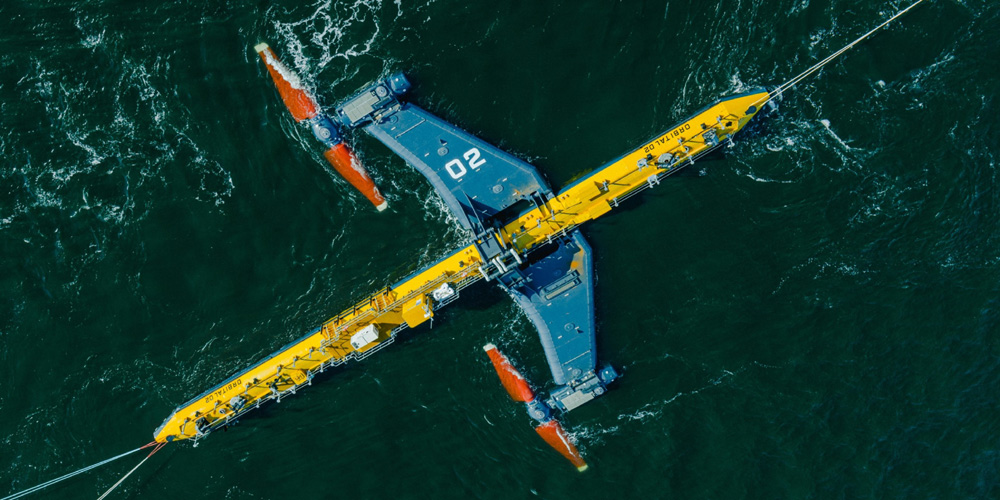 O2 was launched on April 22 in Scotland (Orbital)

“This is a huge milestone for Orbital,” said Andrew Scott, CEO of the company. He explained that the engineering technology has been under development for nearly 20 years. The design has undergone testing of scaled systems in both tank conditions and open ocean environments.

Tidal power generation is a far less employed technology versus offshore wind power, but the company’s goal is to commercialize tidal power technology. O2, they believe, will prove the potential of tidal power and then with market support, Orbital would like to build and install similar structures along the UK coastline.

When O2 is operational, two 1MW power generating nacelles will be deployed at the end of retractable leg structures. Ten-meter blades give O2 more than 600m2 of swept area to capture flowing tidal energy. The floating structure will be held in place with a four-point mooring system with mooring chains and anchors to the seafloor. Electricity generated is transferred from the turbine via a dynamic cable to the seabed and a static cable along the seabed to the local onshore electricity network.

After departing Dundee, O2 is being towed to the Orkney Islands, an archipelago off the northeastern coast of Scotland. It will be anchored in the Fall of Warness, a high-tidal energy environment in the northeast area of Orkney near the island of Eday.

According to Orbital, the area is ideal for the technology as it has some of the strongest tidal currents in the world. Tidal speeds in the area can exceed 3m/s. O2 will be connected to the local electricity grid at the European Marine Energy Centre. It has the ability to generate enough electricity to meet the demand of around 2,000 U.K. homes and offset approximately 2,200 tons of CO2 production per year.

The O2 project has been supported through funding from the European Union’s Horizon 2020 research and innovation program and the European Regional Development Fund, along with support under the framework of the OCEANERA-NET COFUND project. The project was also supported by the Scottish Government and commercial funding. 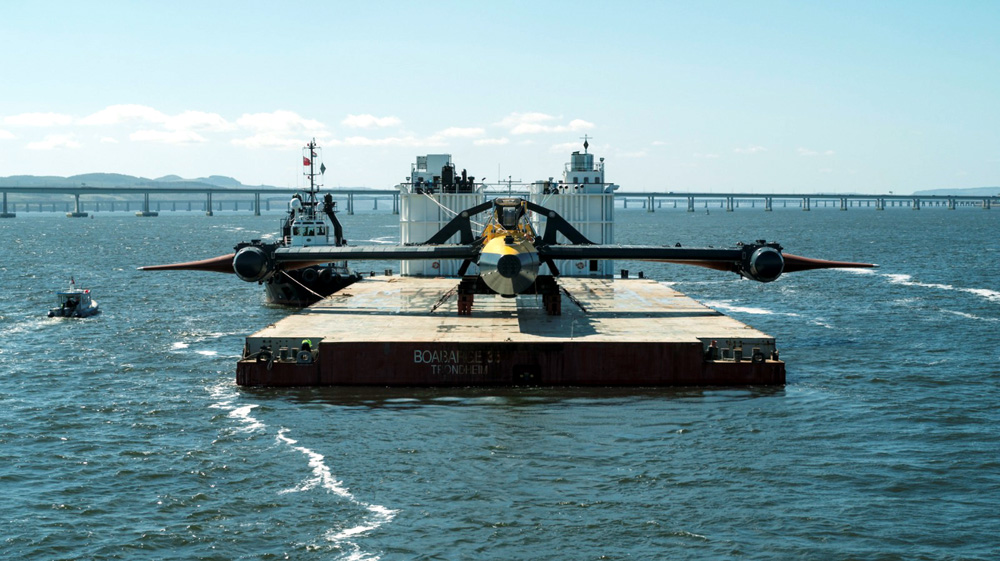 O2 aboard the barge (Orbital)