In a First, Exxon Posts Three Quarterly Losses in a Row

China is planning to build a second Hong Kong city in Nansha, a district in southern China’s Guangdong province.

Preliminary plans indicate a city of around 100 square kilometres will be built to help alleviate the development problems currently experienced by Hong Kong due to land shortages, protests and environmental concerns.

Hong Kong has an area of about 1,100 square kilometres and currently houses over seven million people. 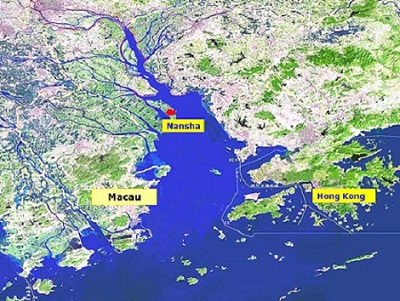 The new city is expected to be developed into an international shipping hub. Its commercial importance will be boosted by the Guangdong free trade zone which was approved late last year. This zone will cover around 116 square kilometres.

China’s Xinhua news agency said the zone will deepen cooperation between Hong Kong and Macau which lies on the western side of the Pearl River Delta, across from Hong Kong.

Local media reports that the new city could be completed by 2020. It is expected to have a GDP of $64 billion.

Having had a long career in this industry with many diverse challenges, I’ve come to know first-hand the importance of adaptability. In fact, being able to adapt to change has been a consistent theme in my career and I believe has been integral to my professional growth and success.  The “when you can’t change the direction of the wind, adjust your sails” philosophy is central to my leadership style and I, along with my leadership team, aim to infuse this...

In a First, Exxon Posts Three Quarterly Losses in a Row

In its third quarter results released Friday, ExxonMobil announced losses of about $680 million, and it flagged a major risk for the long-term value of its US. onshore gas assets, which could face steep writedowns.  The firm will be assessing about $25-30 billion in shale gas assets that it acquired when it purchased XTO Energy in 2010. U.S. Henry Hub gas prices have fallen in recent months, driven down by low demand caused by the COVID-19 slowdown, and are nowhere...