China recently christened its first luxury cruise ship, which will operate for the domestic cruise market. While China has begun to develop its domestic cruise industry acquiring older secondhand tonnage and converted ferries, the new joint venture between China Merchants Shekou and Viking Cruises is designed to bring a new level of luxury to the domestic market.

The ceremony marking the official renaming of the cruise ship, which had been built in 2017 by Fincantieri as the Viking Sun, took place on June 26 in her new homeport of Shenzhen, China. The vessel was rechristened Zhao Shang Yidun, which translates to China Merchants Eden, by China Merchants Group Director Duan Xianghui. After the ceremony, the guests were invited to tour the cruise ship before it began its first coastal cruise. According to China Merchants, the event “marked the beginning of a new era for China’s cruise industry.”

The Eden becomes the first five-star luxury cruise ship solely dedicated to the Chinese market and marks China Merchants enter into the cruise industry. The 745-foot-long cruise ship is among the highest-rated cruise ships in the world. It has accommodations for 930 passengers in 465 all-verandah staterooms. China Merchants said that it would add Chinese elements to the vessel while maintaining its Nordic design and decor.

The cruise ship will use Shenzhen as its homeport to launch a coastal route centered on the experience of domestic tourist destinations. The company said it plans to provide in-depth cultural tours for domestic tourists who have a strong interest in nature, history, folk customs, and food culture. While the focus is similar to the marketing for Viking’s cruises, China Merchants emphasized that the cruise ship will be independently operated and managed by China. 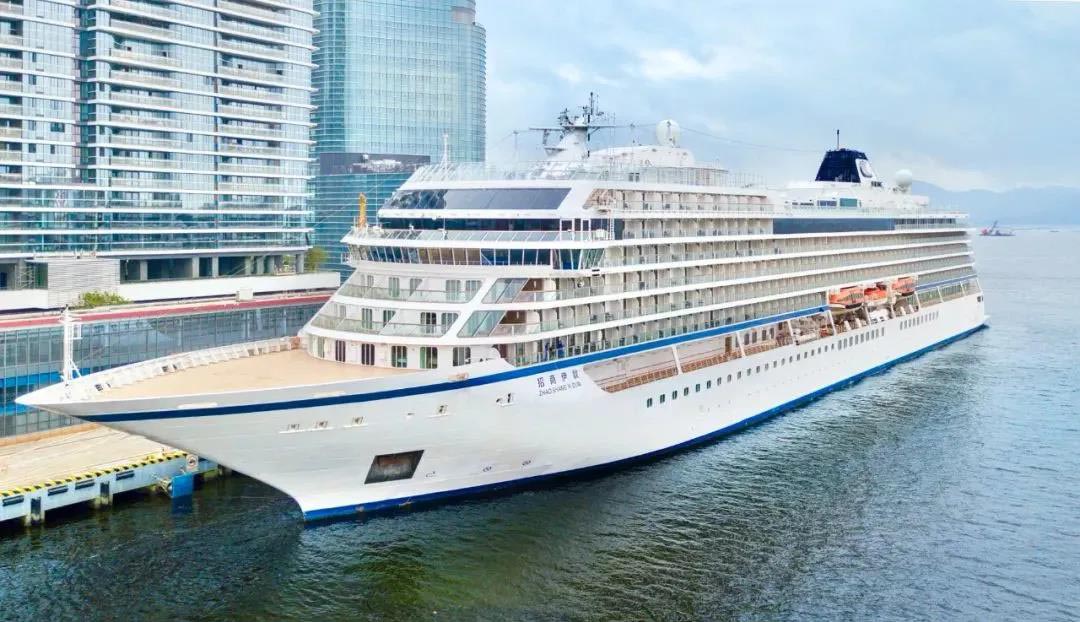 The selection of Shenzhen and the Shekou cruise homeport the company highlighted comes as the port marks its fifth anniversary since the launch of cruise operations. They noted that the launch of the new cruise operation is also the next step in China’s efforts to develop the port as an international cruise destination. The Shekou port is being developed as a strategic alternative to nearby Hong Kong, which has long been a major destination for the international cruise industry.

Viking has a strong presence in China, operating its cruise ships and riverboats and marketing ships specifically to Chinese travelers prior to the pandemic. Chinese investors have also helped Viking to grow its operations. The Viking Sun had also become the first new cruise ship to ever be christened in China during its 2017 introduction. She is the fourth identical cruise ship built for Viking, which currently has a fleet of six of the sister ships as well as nine others on order with Fincantieri.

The Viking Sun arrived in China to start the new operation in March 2021 and after a period of quarantine, the official handover was carried out in mid-April.  The registry was transferred to China and the China Classification Society to meet regulations requiring a domestic registry for coastal cruising.