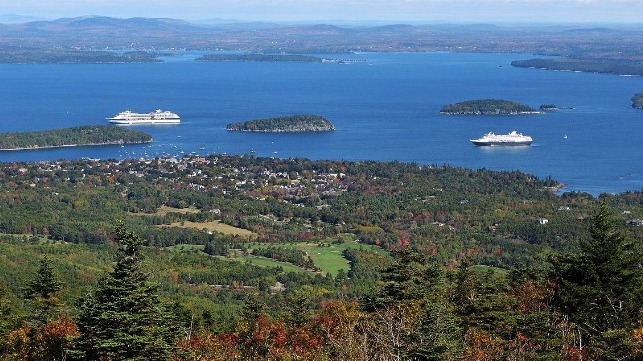 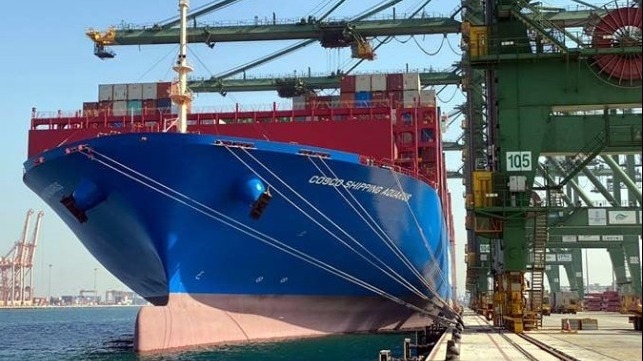 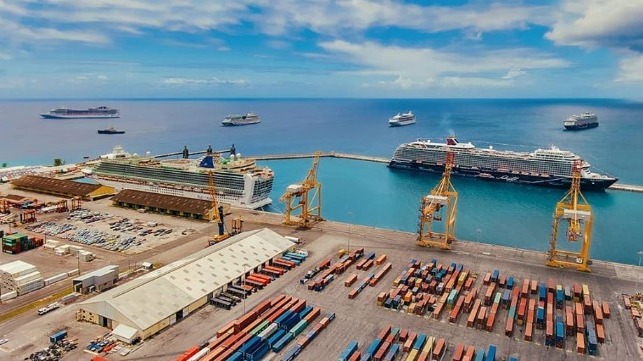 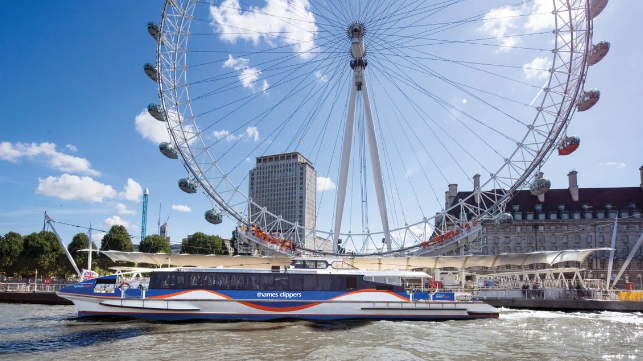 On Tuesday, a spokesman from China's ministry of defense said that China has a "natural right as a sovereign nation" to deploy troops and military equipment to its bases in the Spratly Islands, which are built atop reefs claimed by the Philippines, Vietnam and other neighboring nations. The announcement - a rare direct acknowledgement that China is militarizing the islands - followed shortly after a report that China is deploying jamming equipment to its base at Mischief Reef, a recently-built land feature with a giant airfield, hangars, radars and air-defense weapons.

In 2015, Chinese President Xi Jinping pledged that China had no intention of militarizing its bases in the South China Sea. However, in December 2016, satellite imagery showed air defense weaponry installed on several of the Chinese-controlled islands. In January 2018, Chinese state-owned media suggested that the People's Liberation Army would have to increase its presence in the region, and blamed the United States for the growing pace of military activity in the South China Sea.

By the time of that warning, China had already deployed significant military resources to the area, according to high-resolution surveillance photographs obtained by the Philippine Daily Inquirer. The images appear to show two troop transport ships and one amphib docked at Mischief Reef in late December, one 100mm cannon installed atop a building at McKennon Reef in November, and guided missile frigates stationed off Mischief Reef and Subi Reef late in the year.

The Philippines, which also lays claim to these land features, has expressed little concern. “I think, from the very beginning, China, we knew, was militarizing the area by reclaiming these areas and by using them as military bases,” said presidential spokesman Harry Roque at a news conference in February. "The point is, has there been a breach of Chinese commitment not to reclaim any new islands or shoal in the area? For as long as there is none, then we continue to respect that they are true to their commitment not to do so."

Vietnam may loosen rules of engagement

On Wednesday, Vietnam's legislature took up a bill that would give the nation's coast guard wider latitude in its rules of engagement in the South China Sea. According to a translation provided by Reuters, the bill would allow the Vietnamese coast guard to fire upon adversaries in disputed areas if necessary to "protect sovereignty and sovereign rights in defense and security situations."

Earlier this month, Chinese foreign minister Wang Yi said that China and Vietnam would settle the status of their sovereignty disputes in the South China Sea. "We have agreed that settling the maritime issues is extremely important for the healthy and sustainable development of bilateral relations," Yi told media after a meeting with Vietnamese foreign minister Pham Binh Minh in Hanoi. “The two sides should better manage disputes through talks and refrain from taking unilateral actions that may further complicate and expand the disputes."

Recent tensions between China and Vietnam have led to improvements in U.S.-Vietnamese military ties. In 2013, U.S. President Barack Obama signed an agreement to allow the export of weaponry to Vietnam; among other consignments, the Vietnamese government has taken delivery of 12 armed patrol boats from the United States for the use of its coast guard.

The town council for Bar Harbor, Maine has decided to ban further cruise ship calls through the end of 2020 due to the continued risk of COVID-19, extending a local moratorium that expired July 1.  Large cruise operators have already shut down North American cruising through mid-September, so the order will have no effect on mega-vessels. However, one small-ship company - American Cruise Lines - had proposed to restart its operations and call in Bar Harbor beginning in July. American's...

Saudi Arabia marked an important milestone at its King Abdul Aziz Port in Dammam as it works to expand its operations.  Saudi Global Ports reported that it handled a record of 12,691 TEUs while servicing the Cosco Shipping Aquarius in the port on June 24. This set a new record for the highest number of containers on a single vessel handled by Saudi Global Ports along the Eastern Provinces of the Kingdom of Saudi Arabia. Operated by Hong Kong-based Orient Overseas Container...

The small Caribbean island of Barbados has become a vital port for the cruise industry during the coronavirus crisis. Typically a port of call for passengers to enjoy the beaches and natural scenery, the island at the southeast end of the Caribbean has played an important role in the efforts to return crew members home. Early in the coronavirus crisis, Barbados pledged its support to the cruise industry, and the operator of dock facilities Barbados Port made vital dock space...

This summer, the Port of London will become the first home of an Uber-branded commuter boat service.  Uber's ubiquitous car transportation system is currently banned in the city: in November, regulator Transport for London (TfL) ruled that the firm was not "fit and proper" to hold a private hire operator license, citing driver account control breaches. Uber is appealing the decision, and in the meantime, it has found different way to enter the market. In an agreement with established...