“SC Ports is extremely proud to open the first container terminal in the U.S. since 2009 in South Carolina. This took years of effort by our team and project partners,” said SC Ports CEO Jim Newsome. “We have invested in the infrastructure to handle growing cargo volumes and bigger ships, ensuring SC Ports remains a top 10 U.S. container port. The Leatherman Terminal adds a berth and more capacity to the Port of Charleston when it is most needed on the East Coast.”

Known as the Hugh K. Leatherman Terminal, the project is 20 years in the making. It sits along the Cooper River in North Charleston, S.C., near Charleston Harbor. SC Ports filed permits in 2003 to develop a container terminal on the south end of the former Navy Base in North Charleston, with site work beginning in 2007 and continued through 2018. The work included demolishing old buildings and preparing the former Navy Base site to handle port operations. Construction began in 2018 including a road system, electricity, utilities, and buildings.

The terminal features a 1,400-foot berth that can handle a 20,000-TEU vessel, meaning it can handle the biggest vessel coming to the U.S. East Coast and will add significant capacity to the region’s container handling capabilities. Ships will be serviced by five of the tallest cranes on the East Coast. Each crane has 169 feet of lift height and 228 feet of outreach over the berth. In total, 30 cranes are operating at the terminal and in the adjacent container yard. 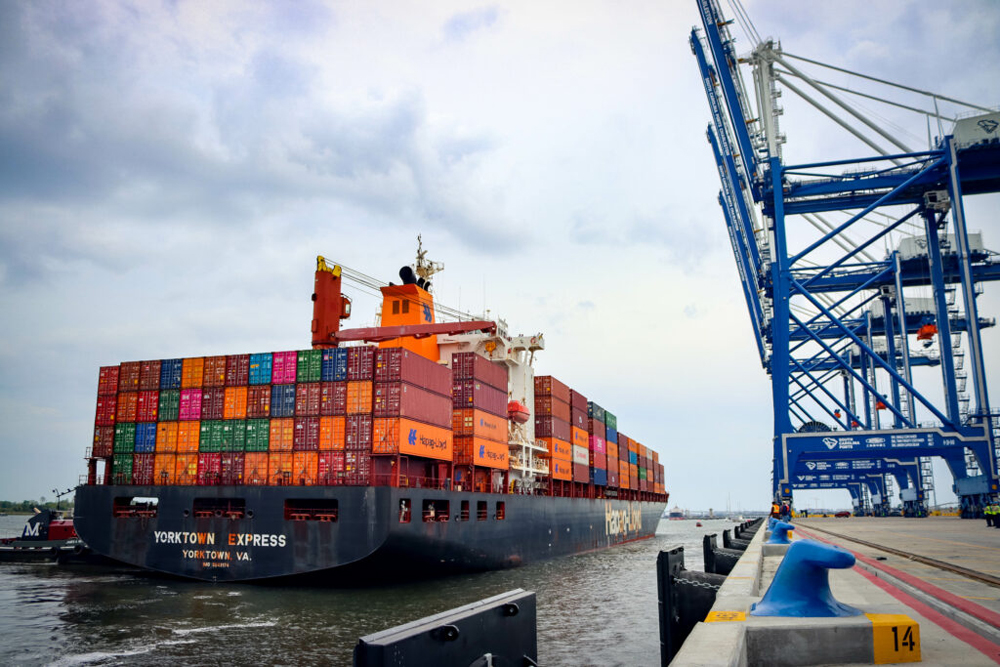 Phase One adds 700,000 TEUs of throughput capacity to the Port of Charleston. At full buildout, the $2 billion Leatherman Terminal will have three berths and 286 acres, adding 2.4 million TEUs of annual throughput capacity, doubling current capacity.

“It is an incredibly exciting day to welcome the first ship and hear the bustle of terminal operations at the Leatherman Terminal,” SC Ports COO Barbara Melvin said. “Building and operating a port is like orchestrating an intricate ballet. This momentous and historic achievement is the result of tremendous collaboration among our entire team — particularly our excellent engineers — and numerous project partners, and through the support of our elected leaders.”

The Leatherman Terminal is part of SC Ports’ $2 billion infrastructure investment plan, which also involves enhancing the older container terminal and the deepening of the harbor to 52 feet which will make it the deepest harbor on the East Coast. With these investments, SC Ports can handle four 14,000-TEU vessels simultaneously. Future development projects including near-dock rail capabilities with the future Navy Base Intermodal Facility, located about a mile from the Leatherman Terminal, and an inner-harbor barge system.