Continuing to market the 50th anniversary of the cruise line, Carnival Cruise Line took delivery of its newest cruise ship, aptly named Carnival Celebration. The second of the cruise line’s LNG-fueled ships, she is also part of an effort to continue to rebuild the cruise operations after the pandemic.

The 182,800 gross ton cruise ship was built by Meyer Turku in Finland as a sister ship to the Mardi Gras and part of the larger platform of LNG-fueled cruise ships Carnival Corporation is building for AIDA, Costa, and P&O as well as Carnival Cruise Line. She is the second of three ships of the class being built for Carnival, with the Carnival Jubilee under construction at Meyer Werft in Germany.

“We have so many reasons to celebrate now that Carnival Celebration has joined as the 24th ship in our fleet. Now, more guests will experience all that our innovative Excel class has brought to cruising,” said Christine Duffy, president of Carnival Cruise Line during the handover ceremony. “She represents the culmination of our 50th birthday while also shining a light on our bright future with so much more excitement to come!”

Measuring 1,130 feet in length, the cruise ship has accommodations for 5,282 passengers (maximum capacity of 6,465 passengers) and a crew of 1,735. During the handover celebration in Finland, she was officially transferred to the Bahamas registry and departed for Southampton, England where she will commence her first cruise sailing to her homeport in Miami Florida. Due to arrive in Miami on November 20, there will be a naming celebration before she begins Caribbean cruises the following day. She also becomes the first LNG-fueled cruise ship to be homeported in Miami, along with her sister ship Mardi Gras which sails from Port Canaveral, Florida. The third ship, Carnival Jubilee, is scheduled to begin service next year sailing from Galveston, Texas.

Just like her sister ship, the Carnival Celebration has six themed zones that offer passengers different experiences. There is an array of dining and entertainment options including a large three-story glass atrium. The amusements include the BOLT roller coaster built on top of the ship. One of the unique spaces celebrates the cruise line’s 50-year history with an assortment of fittings, decorative elements, and reproduced furniture from some of the line’s earlier cruise ships. 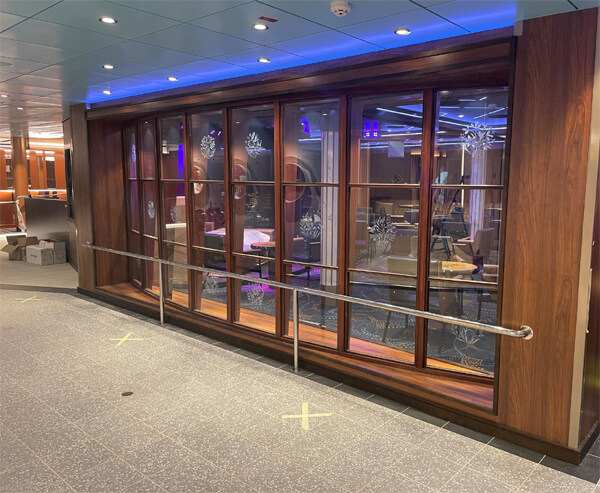 Carnival Cruise Line recently retired another of the company’s oldest cruise ships, the Carnival Ecstasy, bringing to six the number of 70,000 gross ton ships from the 1990s Fantasy class removed from service since 2020. The addition of the Carnival Celebration continues the corporation’s efforts to build on the success of Carnival Cruise Line in restoring and growing its Caribbean operations since resuming service after the pandemic. CEO of the corporation Josh Weinstein recently highlighted the cruise line’s success to investors noting that they would build on it by repositioning additional ships to Carnival Cruise Line.

The first of three Costa cruise ships to join Carnival recently arrived in Australia as part of the restart of the line’s operations in the area. Renamed Carnival Luminosa, the 92,720 gross ton cruise ship which entered service in 2009, will split her time between Australia and Alaska adding a passenger capacity of 2,826 people to the brand. She was used to replace a Carnival Cruise Line ship that was redeployed to the U.S. market in place of the older ships which were being sold for scrap.

Carnival is also launching a new concept in 2023 called Costa by Carnival where two of the Italian brand’s newest ships will be rebranded and used in the U.S. market sailing from New York in 2023 and California in 2024. The vessels were built for the Chinese market and are part of the effort to reposition Costa after the cruise line announced it was reorganizing its operations in Asia due to China’s ongoing restrictions related to COVID-19. 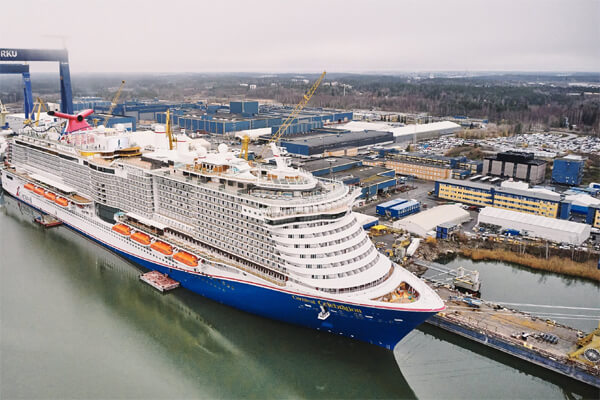 Preparing to depart the shipyard in Turku, Finland (Carnival) 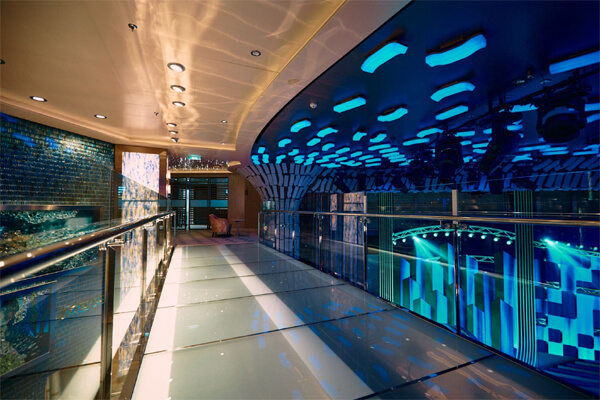 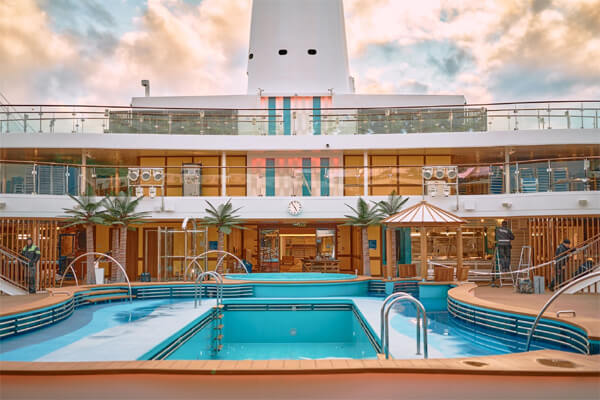