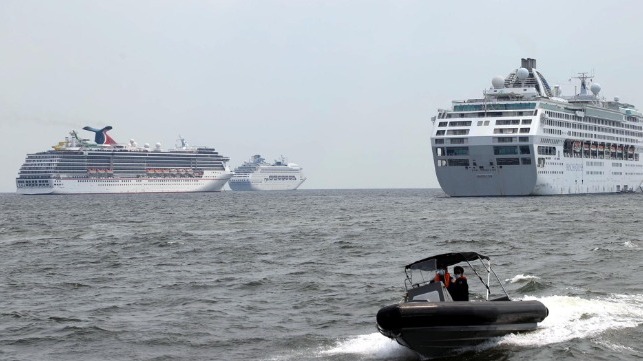 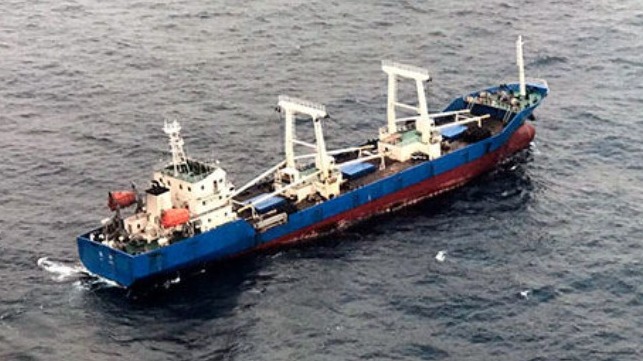 Chinese Trawlers and the Galapagos: The Protection Challenge

Call for Myanmar to Act on Illicit Trade

The Transnational Alliance to Combat Illicit Trade (TRACIT) called for Myanmar to urgently step up efforts to fight illicit trade, during a conference hosted by EuroCham Myanmar this month.

Myanmar was listed near the bottom of the 2018 Global Illicit Trade Environment Index produced by The Economist Intelligence Unit. The Index evaluates countries on their structural capability to effectively protect against illicit trade, highlighting specific strengths and weaknesses across 25 policy, legal, regulatory, economic, trade, institutional and cultural indicators. The 2018 Index evaluated 84 countries on the extent they enable or prevent illicit trade. Myanmar ranks 82nd with an overall score of 23.0 (out of 100), above Iraq and Libya.

EuroCham Myanmar has recently established an Anti-Illicit Trade Advisory Group to fight illicit trade and intensify partnership with the Government of Myanmar. “We’re trying to solve illicit trade in all possible ways,” says U Ko Lay, Director of the Ministry of Commerce. “But we need law and order first, and that will pave the way for legal trade.”

Key findings from the index include:

• With a score of 85.6 (out of 100), Finland ranked first in the overall index, besting the United Kingdom by only 0.5 points. Other nations in the top 10 were Sweden, Austria, Netherlands, Denmark, Germany, the U.S., Australia and New Zealand.

• At the bottom of the overall index is a group of developing economies from all regions of the globe. Libya ranks 84th out of 84 economies, with a score of 8.6, and is joined by Iraq in 83rd place, scoring less than six points better. Faring slightly better were Myanmar (82nd), Laos (81st), Venezuela (80th), Cambodia (79th), Kyrgyzstan (78th), Belize (77th), and Ukraine (76th) and Trinidad and Tobago (75th).

• No countries were considered to be completely free of corruption. Only eight of the 84 receive the top score for this indicator, an Economist Intelligence Unit measure of how pervasive corruption is among public officials that ranges from “rare” to “the norm”. With the exception of Singapore and New Zealand, the economies where corruption is deemed rare all were in Europe. There were 38 countries in the index where corruption is “often encountered” or is the norm.

TRACIT says that the nation has a lot of work to do, especially in the areas of illegal logging and mining, wildlife and human trafficking, spirits, beer and cigarette smuggling and counterfeiting of all types of consumer goods. TRACIT recommends that Myanmar:

•    Work more closely with neighboring trade partners to address the immediate cross-border illicit trade issues
•    Engage more deeply with ASEAN
•    Improve interagency cooperation within Myanmar national government
•    Normalize the importation of foreign spirits and rationalize tax policies and subsidies to ensure that they do not incentivize illicit trade
•    Strengthen intellectual property rights enforcement to stop counterfeiting, including increasing criminal penalties and the effectiveness of customs procedures
•    Take strong and proactive measures to protect free trade zones from illicit traders
•    Intensify public awareness on the threat and harms of illicit trade
•    Initiate partnerships to leverage the strengths of the private sector

The global shipping industry is responsible for transporting as much as 90 percent of world trade. The number of reported total shipping losses of vessels over 100 gross tons (GT) declined in 2019 to 41 – the lowest total this century and a nearly 70 percent decline over 10 years.  Although the number of vessel losses is at a record low, coronavirus has struck at a difficult time for the maritime industry as it implements IMO 2020 (reduction of sulphur...

Chinese Trawlers and the Galapagos: The Protection Challenge

[By Mélodie Ruwet] The Galapagos Marine Reserve (GMR) covers about 40,000 square nautical miles, and it was established in 1998 to protect the remarkable biodiversity of the Galapagos Islands off the coast of Ecuador. Last month, Ecuadorian authorities in Guayaquil spotted a fleet of 260 Chinese boats fishing in the area around the GMR. This action was not contrary to international law, as the boats were sailing in international waters. Yet they were fishing in a zone where endangered migrating species...

Faced with the prolonged downturn in the offshore market combined the 2020 impact of COVID-19, Hermitage Offshore Services announced that it has filed for reorganizational bankruptcy. The company said the step had become necessary when it was unable to reach a consensual agreement with its lenders. Hermitage said it took this action following a prolonged slump in global oil prices, driven in part by the global coronavirus pandemic, and its effect on the company’s business. “While the Company would have...

The National Oceanic and Atmospheric Administration (NOAA), the U.S. Coast Guard and a Hawaii-based marine mammal conservation center recently joined forces to deliver four rehabilitated Hawaiian monk seals to Midway Atoll, where they will be released back into the wild. “NOAA researchers rescued these four female seals as weaned pups in the Northwestern Hawaiian Islands in the fall of 2019,” said Dr. Michelle Barbieri, veterinarian at Califoria-based charity The Marine Mammal Center and at NOAA Fisheries. “They had a near...