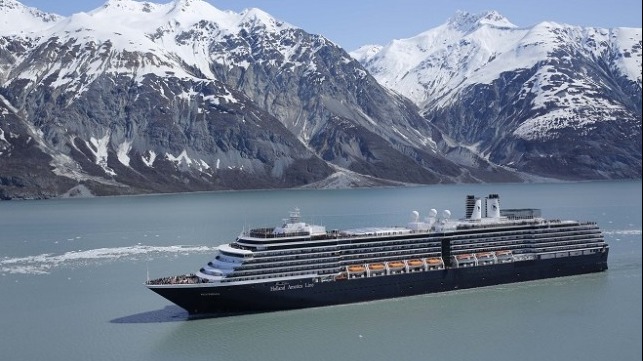 The BP-owned Suezmax British Heritage is reported to be waiting out an Iranian threat to seize a UK tanker, anchoring up off the coast of Saudi Arabia instead of transiting close to Iran's shores.

After a team of Royal Marines seized the Iranian-controlled tanker Grace 1 off Gibraltar last week, high-ranking Iranian official Mohsen Rezaee suggested that Iran's military was obligated to respond by seizing a British tanker. In a speech Monday, Iranian defense minister Amir Hatami added that Iran "will not put up with this act of marine piracy by the UK.”

Rezaee did not specify which vessel Iran might seize, but the Heritage, which is flagged in the Isle of Man and owned and operated in the UK, is presently operating in the Persian Gulf. As a precautionary measure, BP is said to have decided to suspend the Heritage's next voyage, according to Bloomberg. Her charter would have had her take on a load of oil at Basra, Iraq, then exit the Persian Gulf via the Strait of Hormuz - a tight choke point patrolled by Iranian forces.

As of Monday evening, the Heritage was anchored about 45 nm off the coast of Dammam, dozens of miles from any nation's territorial seas.

The Heritage is a 2017-built Suezmax of 160,000 dwt. She is a part of BP Shipping's owned fleet and is one of three sister ships in the oil major's new Century class.

Iran: Tanker was not headed for Syria

Royal Marines seized the Grace 1 as she passed Gibraltar, and the government of the British territory said that it had reason to believe that she was carrying oil to Syria - a violation of EU sanctions on the government of Syrian president Bashar Al-Assad. On Sunday, Iranian deputy foreign minister Abbas Araghchi denied that the vessel was bound for Syria, and said that she was merely navigating in international waters.

“Despite claims of the British government, the target and destination of this tanker was not Syria. The port that they have named in Syria essentially does not have the capacity for such a supertanker," Araghchi said. "It was passing through international waters through the Strait of Gibraltar and there is no law that allows Britain to stop this tanker. In our view, the stopping of this ship was maritime robbery and we want this tanker to be freed.”

The UK only asserts sovereignty over an area extending three nm from Gibraltar's shores - not the maximum of 12 nm allowed under UNCLOS - and Spain disputes Britain's claim. Spanish and Moroccan waters cover the entirety of the central strait.

Canadian Minister of Transport Marc Garneau announced that Canada would extend its ban on large cruise ships which effectively ended any hope of the 2020 cruise season for Canadian ports. Cruise ships with overnight accommodations for more than 100 persons are prohibited from operating in Canadian waters until October 31, 2020. This extends the ban that was announced in March in response to the COVID-19 pandemic which closed the ports until July 1. The ban also continues to prohibit passenger...