Rescue teams have recovered a lifeboat with three Bourbon Rhode crew members on board, 11 remain missing.

The Luxembourg-flag tug supply vessel Bourbon Rhode was in transit 1,200 nautical miles off Martinique Island and 60 nautical miles South-South East from the eye of category 4 hurricane Lorenzo when she began taking on water at the stern in the adverse weather conditions.

It was confirmed on Sunday that the vessel has sunk. The search for survivors continues in weather conditions that are improving. On Saturday at nightfall, a capsized fast rescue craft was spotted first by a National Hurricane Center aircraft and then by the French Navy's Falcon 50 aircraft. A commercial vessel engaged in the operation is currently headed in its direction in order to try to recover it.

Bourbon has released a statement saying: “The search for tug supply vessel Bourbon Rhode continues with the full support of Cross AG (Regional Operational Center of Surveillance and Rescue) and the French navy, under the authority of the Prefect representing the French national maritime authority. Five commercial vessels have changed course in order to bring assistance to the rescue teams. A Falcon 50 of the French navy as well as the aircraft of the American National Hurricane Center (NHC) conducted numerous overflights of the search area. The French navy’s surveillance frigate Ventôse and Panther helicopter will join the operation on September 30.” 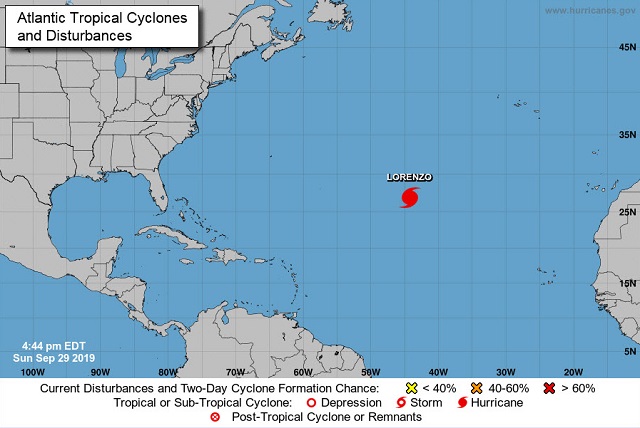