The ferry Doña Paz was making its twice-weekly journey from Leyte island to the Filipino capital Manila, when it collided with the oil tanker MT Vector. The Vector was transporting thousands of barrels of petroleum, and the collision caused its cargo to catch fire, which rapidly spread to the ferry. 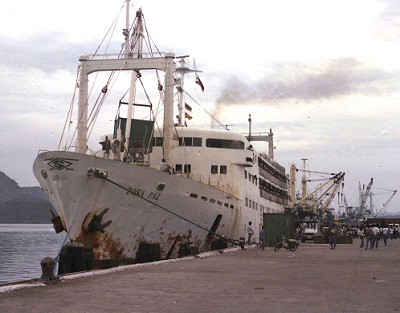 Doña Paz could officially hold 1,518 passengers, manned by a 66-strong crew. However, thousands more people, not listed on the ship’s register, were on board. Many were asleep at the time of the collision.

A survivor claimed that the lights on board went out minutes after the collision, that there were no life vests to be found on the Doña Paz, and that the crew did not attempt to organize the passengers. Those on board were forced to jump off the ship and swim among charred bodies in flaming waters around the ship, with some using suitcases as makeshift flotation devices. The Doña Paz sank within two hours of the collision, while the Vector sank within four hours. Both ships sank in about 545 meters (1,788 feet) of water in the shark-infested Tablas Strait.

An estimated 4,386 perished that night, many of whom burnt alive.

One of only 24 passengers who survived, Paquito Osabel, reportedly said at the time: “I went to a window to see what happened, and I saw the sea in flames. “I shouted to my companions to get ready, there is fire. The fire spread rapidly, and there were flames everywhere.”

Paquito was sailing to Manila with his sister and three nieces. Like many on board, they were travelling home to spend Christmas with family.

In March this year, families of the lost were given compensation.

Sailors’ Society’s port chaplain in Manila, Rev Nic Tuban, who laid a commemorative wreath with his colleague Rev Jasper del Rosario, remembers the tragedy well. “People in Manila were excited to celebrate Christmas but instead mourned. They waited at the city’s North Harbour, hoping that their loved ones were still alive. So many never saw their loved ones again.”

Sailors’ Society’s CEO Stuart Rivers said: “Trauma can affect people for many years after a disaster. Earlier this year, Sailors’ Society launched a Crisis Response Network in Asia – a team of trained responders who are on-hand to support people traumatized by crisis at sea.” 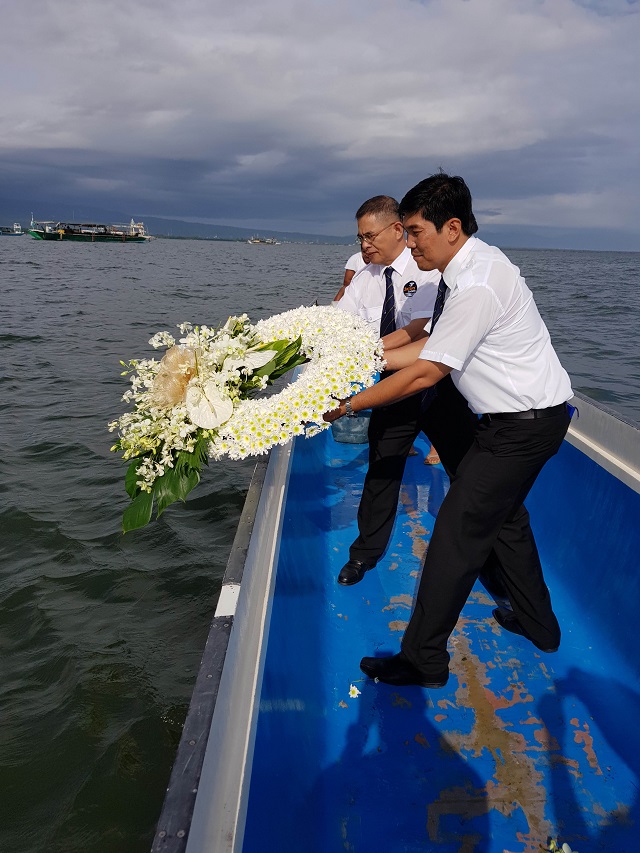