ReCAAP Information Sharing Centre has released its January to June 2018 report, noting a 10-year low in Asian piracy and armed robbery and a 15 percent decrease in cases compared to the same period in 2017.

There were 40 incidents reported, with 11 of those being attempted cases. There were no incidents of abduction of crew or theft of oil cargo, despite attempts, and there was a decrease in the number of incidents at ports and anchorages in the Philippines. Additionally, there were successful arrests and cases of recovery of stolen items.

The report analysis includes an historical summary of incidents in the Straits of Malacca and Singapore. Of 122 incidents analyzed over the past 11 years, 111 incidents (91 percent) occurred in the Singapore Strait and 11 incidents (nine percent) in the Malacca Strait.

There appeared to be a correlation between armed perpetrators and treatment of crew in the eastbound lane of the TSS in the western sector; i.e. the more heavily armed the perpetrators, the more violent they tended to be towards the crew.

There appeared to be a correlation between ship type and the type of loss:

•  Scrap metal tended to be the most common item stolen from barges towed by tug boats in the westbound lane of the TSS in the western sector. 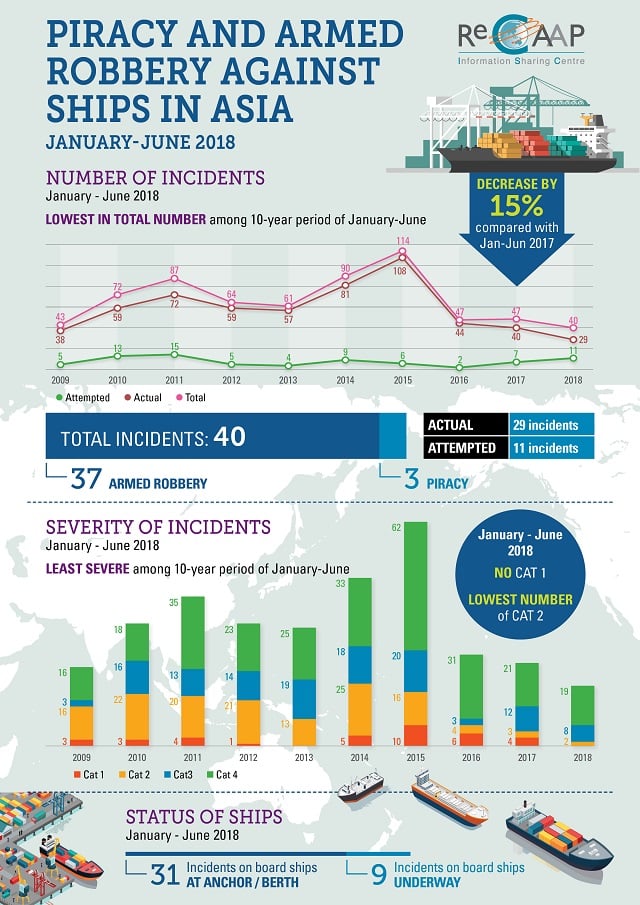 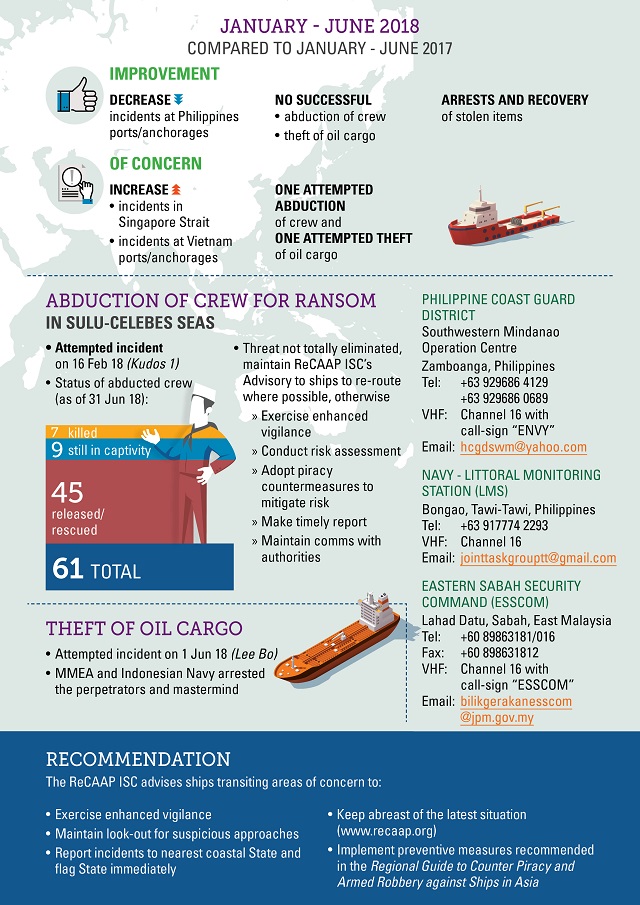