On Monday, the final pipe in the 482.4 kilometer (300 miles) long Polarled Pipeline was laid at the Aasta Hansteen field in the Norwegian Sea. 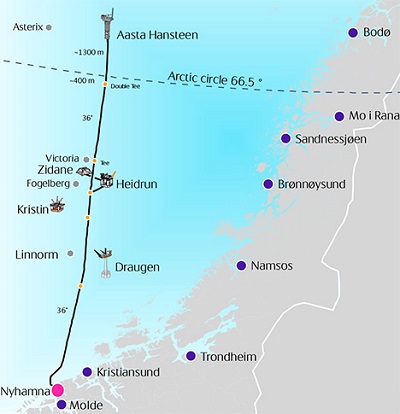 Polarled is the first pipeline on the Norwegian continental shelf that crosses the Arctic Circle, and it opens up a brand new highway for gas from the Norwegian Sea to Europe.

The pipeline, which has a diameter of 36 inches, extends from Nyhamna in Møre og Romsdal to the Aasta Hansteen field in the Norwegian Sea and was laid by the world's largest pipelaying vessel: Solitaire from Allseas.

The pipelaying work commenced in March this year and the pipeline consists of more than 40,000 pipes, each of which is 12 meters (40 feet) in length. Polarled is the deepest pipeline on the Norwegian continental shelf. At the Aasta Hansteen field, the pipeline reaches a depth of 1,260 meters.

It is the first time ever that a pipe that is 36 inches in diameter has been laid at such a depth.  The pipeline’s capacity will be up to 70 million standard cubic meters of gas per day. 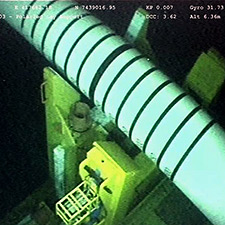 “We are delivering Polarled under budget,” says Torger Rød, head of projects in Statoil. “The original investment budget for the pipeline project was NOK 11.1 billion ($1.3 billion). We now expect an investment level of around NOK 7.5 billion ($885 million). This is due to good planning, good market knowledge and good execution - and the fact that we could combine several large projects when we went to the market and negotiated for pipes and vessels. Based on this, we were able to achieve favorable conditions in the market with regard to capacity and price.”

Initially, only the gas from Aasta Hansteen will be transported through Polarled, however the 36-inch diameter pipe has space for more:

“With this pipeline, we open up for the export of gas to Europe from a completely new area, and with the infrastructure in place it will also be more attractive to explore the area,” he says. 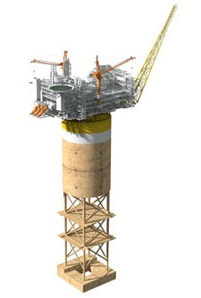 “Energy supply security is essential to the E.U. and the individual European countries. Tying in a new Norwegian Sea area to the gas transportation network Polarled will be an important link for further gas export, thus strengthening Norway’s position as a reliable supplier to the European gas market,” says Grete B Haaland, head of asset management in Statoil’s Marketing, Midstream and Processing business area.

The Aasta Hansteen discovery was made in 1997. Together with Haklang and Snefrid Sør, the recoverable resources are estimated at 47 billion standard cubic metres (Sm3) of gas.

The planned field development includes a SPAR platform, which will be the first such installation on the Norwegian continental shelf. SPAR is a floating installation consisting of a vertical column moored to the seabed. The installation features conventional topsides with processing facilities. The risers transporting the gas from the seabed to the platform and further to Polarled will be pure steel which will be first of its kind on the Norwegian continental shelf. The hull will be fitted with storage for condensate. The condensate will be loaded to shuttle tankers at the field.

For the second time in less than twenty-four hours, there was an attack on a vessel in the Gulf of Guinea. While it appears the crew of the second vessel was able to protect themselves, the two incidents highlight the growing threat to vessels in this area of the world. Details of the second attack are incomplete, but Dryad Global is reporting that the product tanker, the Hong Kong-flagged 50,000 DWT PTI Nile, was approached and boarded approximately 115 nautical...