After a surprisingly successful Chinese missile test in late July, the U.S. Navy is stepping up the development program for the Common Hypersonic Glide Body, the service's new ultra-high-speed strike projectile.

In order to get a hypersonic glide body up to speed, it is mounted to the top of a booster rocket and shot into space. The glide body maneuvers during and after re-entry into the atmosphere, returning to earth on a long, upredictable flight path.

A related test on Thursday was scuttled when the booster rocket failed, according to Reuters. 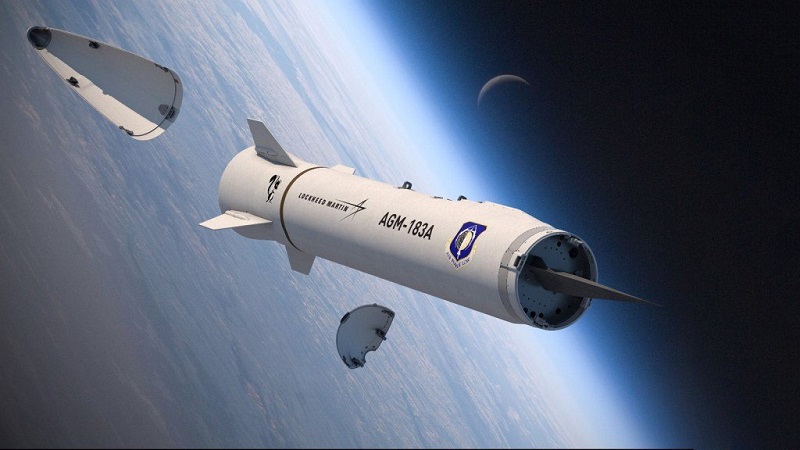 The accelerated pace of procurement may be related to developments in the Indo-Pacific. In late July and again in August, the People's Liberation Army tested an intercontinental ballistic missile system that leverages hypersonic technology for a strategic advantage.

According to the Financial Times, the PLA's Rocket Force launched a Long March rocket tipped with a nuclear-capable hypersonic glide vehicle on July 27 (and again on August 13). Instead of traveling in a line directly towards the target, the glide vehicle stayed in outer space for a partial orbit of the Earth before descending, “demonstrating an advanced space capability that caught US intelligence by surprise."

This flight path is known as "fractional orbital bombardment," and it is of concern to defense planners because it allows the incoming missile to arrive from virtually any direction. Intercontinental ballistic missiles are launched on the shortest possible Great Circle line between the launch site and the target, making a high arc through space; with fractional orbital bombardment, the warhead can make a very long, low-orbit journey in the other direction. For the U.S. mainland - which has a north-facing missile defense system designed to detect ballistic flight paths from Russia and China - this creates a new, hard to spot threat.

The fractional orbital bombardment concept is not new: it was invented by the former Soviet Union, which developed and successfully fielded a ballistic missile system that could complete a partial orbit of the Earth. It was placed into service in 1968 and decommissioned in 1982.

The PLA's tests appear to be the first time that the idea has been revived in decades. It is viewed as a potentially destabilizing technology, especially when coupled with a hypersonic glide body: its low altitude flight path and unconventional trajectory make the missile much harder to detect and defeat - ideal qualities for a first-strike nuclear weapon.