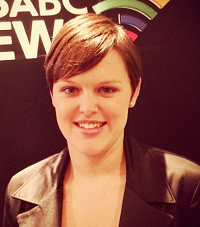 South Africa became involved as a counter-piracy actor rather late in the day, after repeated calls for it to make a contribution to the scourge that was then facing the continent – Somali piracy. Despite the rise of the Somali pirate problem coming in 2007, it was not until the outward ‘ballooning’ effect of the pirates’ reach began to extend southwards towards the Mozambican Channel, that South Africa’s interest was suitably piqued.

In December 2010 Somali pirates struck off Mozambique’s coast, and the South African Department of Defence responded to this attack on its immediate neighbour by deploying warships to Mozambique. This effort was known as Operation Copper and constituted the very beginning of South Africa’s engagement in counter-piracy efforts beyond endeavours of verbal condemnation.

Not acting on its own recognisance, but rather generously acquiescing to Mozambique’s request for assistance, piracy was suddenly thrust from the periphery of South Africa’s international agenda to a more central position than it previously enjoyed. Albeit one that did yet not necessarily beget much strategic priority.

In February 2012, South Africa’s engagement in counter-piracy became formalised through a Memorandum of Understanding signed in partnership with Mozambique and Tanzania, under the auspices of the Southern African Development Community (SADC).  Subsequently the countries have seen some success, notably in April 2012 when the partnership was put to use to fend off a pirate attack in Tanzanian waters, in collaboration with the European Union (EU) deployment.

Beyond this, Operation Copper has also worked at training efforts as a capacity-building mechanism with neighbouring countries. More recently, South Africa has begun to focus its attentions the Gulf of Guinea also, with the navy being active there in the last two years.

At the time of South Africa’s entrance as an actor in the counter piracy environment, maritime piracy in Somalia had been a problem of global concern for some years. By 2011 this experience had led to a number of experts alluding to the emergence of a new hotspot for Somali pirates in Southern African waters. Given pirates’ dynamic nature and ability to adapt to the challenges they faced, the presence of international forces in the Gulf of Aden would force pirates further south in pursuance of their victims. The trend known as ballooning saw Somali pirates venture far afield.

It was this thinking that underpinned a theory that Southern Africa would soon face dealing with the pirate scourge. This notion, coupled with the need for security in the maritime domain in light of resource discoveries off the coast of Tanzania and Mozambique as well as the active ports at Dar es Salaam, Beira and Maputo seemed to necessitate action. This, along with the successful pirate attacks in Mozambican waters in 2010, the threat must have seemed quite real to South Africa, and potentially also posed a risk to its interests off Southern Africa’s eastern coastline.

Yet, the Somali pirate scourge dwindled significantly in 2012 and 2013 as a number of activities and developments both on land and at sea paid off. Beyond this, Somali pirates have not managed to sustain their campaign further into the Indian Ocean, and ultimately southwards, given logistical challenges. The absence of a safe haven outside Somalia, as well as having to go without the intricate support network in Somalia that provide the very foundations for their activities worsens matters. Establishing new such networks (which would require an environment devoid of effective governance comparable to the erstwhile Somalia) is a task more difficult in the Southern African region given its comparative condition of peace and security. Another option would be the use of a mother ship based in international waters, but this too would require access to a regular supply of food, water, fuel and other items, usually provided by on-shore networks contracted by pirate groups.

Given this and the limited defence budget in South Africa, it may seem curious that the country committed of its limited naval assets to these endeavours. In fact, the allocation to Operation Copper alone in the 2013 budget was R585 million (US$56 million) from a total annual budget of R40 billion (or US$3.9 billion).

Says defence analyst Helmoed Heitman, “either South Africa accepts regional security responsibilities and funds an appropriate defence force, or we wind our neck in, keep quiet and hope nothing goes wrong”. He posits that despite the role of a defence force being to address threats, the budget leaves no room for this, nor for the unexpected. Thus, one might conclude that the expenditure on counter-piracy operations is a frivolous expense, given the state’s primary responsibility of protecting its territory – a place to which pirates have yet to venture. Others may argue that the fact that pirates have not entered South African waters is credit to the capabilities of the navy.

On the balance of this information, how pragmatic is South Africa’s engagement in counter-piracy? Is it a worthy exercise in foreign policy, employing foresight, or does it constitute funds misspent on threat not immediately real to South Africa?

While Heitman makes apt observations with respect to the military budget, it is worth noting that South Africa’s security apparatus are most often deployed in assistance of other nations, often in Africa. South Africa does not fear any immediate threat to its territory, and is therefore able to make use of its defence forces as a tool in the furtherance of its foreign policy objectives, key amongst which is the precedence of Africa.

The fear of pirates’ southward migration offered Pretoria the opportunity to participate through its region in keeping with the country’s foreign policy and the practice of engaging the region as a first port of call. A SADC-based initiative would also be consistent with the African Agenda and the ideal of ensuring that the collective security of the Southern African neighbourhood is safeguarded. These considerations serve to motivate the pursuance of the issue in a way that befits South Africa’s model of foreign policy quite perfectly.

Counter-piracy activities have also allowed South Africa to push back at pirate frontiers farther away from home, effectively assisting neighbours through collaborative efforts, all the while, keeping the trouble at a safe distance from South Africa’s doorstep. This may be considered a pragmatic policy decision – indeed, South Africa is a littoral state with 3,751km of coast line, dotted along which sit a number of crucially important ports with significance not just for South African but for the region as a whole.

Given South Africa’s status as an emerging nation, it also has globalised interests, being impacted by costs brought on by piracy on the global economy, as well as the domestic concerns felt by neighbours. Furthermore, it acts to bolster South Africa’s perceived involvement in a fashionable issue of international proportions, without requiring all too much effort on the part of Pretoria. This too falls squarely in line with South Africa’s implied foreign policy objective of being the foremost African actor participating in the international space – the go-to partner on the continent who leads by example where issues of African security are concerned.

In conclusion, while the cost of South Africa’s counter-piracy engagement may, on the face of it, not appear to equal its benefit, South Africa has managed to structure this engagement in a way that plays to the global image that it works to portray, while expending relatively little resources. From a practical point of view the cost does not seem to meet the minimal realities of its risk, but perhaps in this instance South Africa has made its play on the basis of strategy rather than economics.

Is it necessary for its own security to be actively fighting the pirate threat? No, it is not. But, given the transnational nature of the crime, and nondiscriminatory nature of its effects, it is of crucial importance that states, littoral and landlocked become involved, acknowledge a shared responsibility and tackle the crime as a collective. Experts have long held that a coordinated effort by the international community is needed to turn the tide in the fight against piracy. This is South Africa’s effort to do just that – in this case a responsible global actor, but primarily one taking a path of pragmatic foreign policy.

Lisa Otto holds a MA in International Peace and Security from King's College London as well as BA and BA Honours degrees from the University of Johannesburg. She is now pursuing doctoral studies under the auspices of the SARChI Chair in African Diplomacy where her research investigates maritime piracy in Nigeria. Lisa's research interests include non-traditional threats to security, particularly in Africa, as well as African foreign policy and engagement at the regional and international levels. Before returning to UJ to begin her doctorate, Lisa worked with the Institute for Security Studies and the South African Institute of International Affairs. She has also worked on projects with Transparency International and the African Union.

A version of this article was first published in the African Armed Forces Journal in November 2014 as a winning entry of the AAFJ Denel writing competition, and the full version may be accessed there.