The Russian Navy Ochakov Kara-class cruiser was sunk on Thursday to blockade the Ukrainian Navy ships deployed in Novoozerne.

The Ukrainian military of the South Naval Base were observing the operation, and can confirm it.

The Russian ships blocking the Ukrainian ships in Donuszlav Lake left the zone at 23:30 p.m. (March 5).

Then, the Russian military towed the Ochakov and put it in the navigating channel. They filled her with water, and some sort of explosion followed.

Since the depth in this area is only 9-11 meters, it is possible to still view the upper part of the semi-submerged ship. Therefore, the ships cannot leave the Donuzlav Lake.

A lot of time and money is required to refloat this ship, says the Ukrainian Defense Ministry.

The above is a statement from the Ukrainian Ministry of Defense. 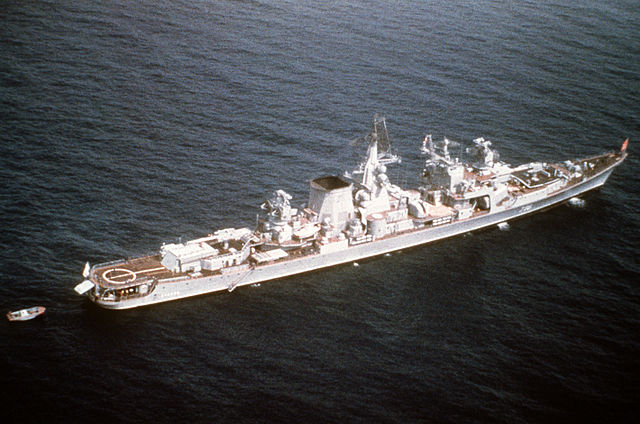 Officially, the ship was stationed in the Russian Black Sea Fleet as of 2011. However, the cruiser has not been operational since the early 2000s.

Other sources have now confirmed that Russian sailors sunk a ship that appears to be the Ochakov at the entrance to Donuzlav Bay in western Crimea, in an attempt to prevent Ukrainian navy ships from gaining access to the Black Sea.