August 15 was the 100th anniversary of the official opening of the Panama Canal. 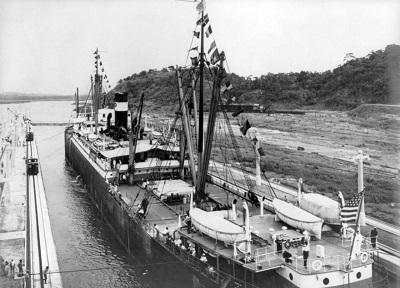 SS Ancon was the first ship to pass through the canal on that day. However, the First World War meant there was almost no commercial traffic on the canal for its first six years. Today, jokes The Economist, canals are worse than buses: wait 100 years and three come along at once. On the eve of the Panama Canal anniversary, the Egyptian government announced a plan to upgrade the Suez Canal for the first time in its 145-year history, and Nicaragua has recently endorsed a 278km (173-mile) route for a $40-billion canal linking the Atlantic to the Pacific.

The idea for a canal across Panama dates back to the 16th century. In 1513, Spanish explorer Vasco Nunez de Balboa was the first European to discover the narrow isthmus that separated the Atlantic and Pacific oceans. The idea grew from there.

History.com says that in the ensuing centuries, various nations considered developing a canal, but a serious attempt wasn’t made until 1881 when a French company headed by Ferdinand de Lesseps began building a canal. The project was plagued by poor planning, engineering problems and tropical diseases that killed thousands of workers. The project’s subsequent collapse was a major scandal for the French.

The United States originally wanted to build a canal in Nicaragua not Panama for economic and military reasons. However, Philippe-Jean Bunau-Varilla, a French engineer who had been involved in France’s canal project, convinced the Americans that Nicaragua had dangerous volcanoes. As a result, in 1902 the United States Congress authorized the purchase of the French assets in Panama.

The American project cost about $375 million. This included a $10 million payment to Panama and $40 million to buy the French assets. 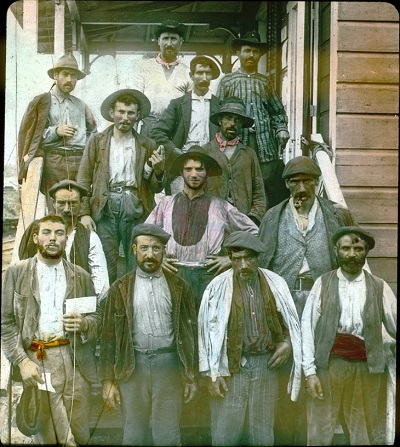 More than 25,000 workers died during the canal’s construction as a result of the challenging terrain, humid weather and tropical diseases. The French efforts led to the deaths of more than 20,000 workers. The United States’ efforts fared little better, because between 1904 and 1913 some 5,600 workers died due to disease or accidents, says History.com.

In 1977, President Jimmy Carter and General Omar Torrijos of Panama signed treaties that transferred control of the canal to Panama in 1999. The treaties gave the United States the right to use military force to defend the waterway against any threat to its neutrality.

Between 13,000 and 14,000 ships use the canal every year. American ships use the canal the most, followed by those from China, Chile, Japan, Colombia and South Korea. Today, some $1.8 billion in tolls are collected annually. In 2010, the one millionth vessel passed through.

On average, the trip takes a ship 8 to 10 hours. Some 52 million gallons of fresh water is used each time. The water comes from Gatun Lake, which was formed during the canal’s construction by damning the Chagres River.