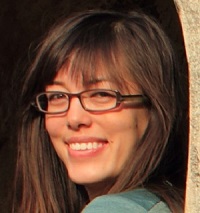 The United Nations Convention on the Law of the Sea (UNCLOS) governs many of the activities on and below the world’s oceans, including scientific research. On the high seas, which are the global commons of mankind and belong to no country, states may conduct marine scientific research “exclusively for peaceful purposes and for the benefit of mankind as a whole” (Article 143). While much of the research that countries are carrying out on the high seas likely has global benefits, it also generates benefits for individual countries, too. This is especially the case when studies pertain to natural resources.

But it also holds true regardless of the topic of interest, since the mere practice of science in the circumpolar north helps to legitimize countries’ claims to have a voice in northern affairs by showing them to be responsible and concerned Arctic actors. It is also a visible display of technological might and prowess, for only a select few countries in the world can send an icebreaker to the Arctic.

Icefloe reports that this summer, seven non U.S. icebreakers will undertake expeditions in Alaskan and Arctic waters. UNCLOS gives countries the right to conduct scientific research in other countries’ extended economic zones, though coastal states can deny permission if they believe that the research could “introduce harmful substances in the marine environment”

Although the U.S. has not ratified UNCLOS, the government largely adheres to it under customary international law. Accordingly, the government has granted permission to these seven international expeditions to conduct research in the U.S./Alaskan EEZ this summer. Two expeditions are from Canada, one from Russia, one from Sweden, and one each from China, Japan, and South Korea. The newly created Alaska Platform of Opportunity includes more information about the expeditions taking place in the waters surrounding the state.

Asian Icebreakers in the Arctic

The Chinese expedition on board the country’s icebreaker Xue Long may attract the most media attention for obvious reasons. The story of the “Snow Dragon” in the Arctic is a compelling one and also plays on many people’s fears of a rising China in the region (what British geographer Klaus Dodds has termed “Polar Orientalism”). In 2012, as the Chinese icebreaker sailed to the North Pole, the Siberian Times anxiously announced, “China’s Snow Dragon conquers the Arctic.” It’s not just the media and the average person who are suspicious; even the Norwegian Coast Guard reportedly shadowed the Chinese-owned, Ukrainian-built vessel during its headline-making expedition in 2012.

But it would also be wise to watch the Korean and Japanese expeditions this summer. Previously, I blogged about last summer’s Canada-Korea-USA Beaufort Sea Geoscience Research Program 2013, when scientists from the three countries conducted research while sailing on the state-of-the-art Korean icebreaker Araon, which means “All-Ocean” in Korean. According to the NWT Research Database, the program’s goal was to “acquire geoscience knowledge about the outer shelf of the Beaufort Sea with intent to address knowledge gaps related to thawing of subsea permafrost and gas hydrates.”

Methane hydrates: a natural collaboration between Asian and Arctic states

Gas hydrates, or more specifically methane hydrates or clathrates, exist in the world’s continental margins and in permafrost. Thus, this potential energy sources forms a natural area of collaboration between countries like energy-hungry Japan and South Korea, which have no conventional hydrocarbons of their own but, being coastal states, do have continental margins, and permafrost-laden Alaska and Canada. Methane hydrates are a promising future source of energy, since natural gas can be theoretically extracted from them. Yet they are also a potentially dangerous source since the accidental release of methane through drilling activities could be disastrous for the atmosphere. The EPA notes that methane has a 20 times greater impact on climate change than carbon dioxide over a 100-year period.

Despite these risks, Japan has been researching methane hydrates since 1995. The Japan Oil, Gas and Metals National Corporation estimates that methane hydrate reserves could equate to a 100-year supply of natural gas for the country. In 2003, a research team involving Japanese and Canadian scientists, among others, successfully produced 470 m³ methane gas at the Mallik site in the Mackenzie Delta north of Canada (source: MH21).

Neither Japan’s National Institute of Polar Research nor South Korea’s Polar Research Institute has any additional information about their respective icebreaker cruises this summer, so it’s difficult to specify what research the scientists will be carrying out apart from the brief descriptions given on the Icefloe website. Researchers working on Japan’s Mirai will examine geology, coring, and bathymetry mostly from a point directly north of the Bering Strait. Scientists onboard South Korea’s Araon will study oceanography in the Chukchi and Beaufort Seas.

More details from the expeditions will hopefully emerge later this summer. Regardless of the work being undertaken, Japan, Korea, and China will likely benefit symbolically from their presence in the Arctic. UNCLOS Part XIII explains, “Marine scientific research activities shall not constitute the legal basis for any claim to any part of the marine environment or its resources.” Yet by sending icebreaker expeditions every year to the region, the Asian countries – observers in the Arctic Council since May 2013 – enhance their claims to Arctic stakeholdership. They are not making territorial claims, but they are building their Arctic identities all the same. Japan, Korea, and China may not have land in the north of 66º, but they still have a presence, and they are certainly capable of running tight ships on the Arctic Ocean year after year.