22 Crewmembers Safely Rescued From Burning Ro/Ro off the Azores

The 22 crewmembers of the car carrier Felicity Ace have been successfully rescued by a merchant vessel, the Portuguese Navy announced Thursday.

On Wednesday morning, while under way at a position about 90 nm to the southwest of the Azores, the Ace made a distress call to report a fire in a cargo hold. The Portuguese Navy's MRCC Delgada coordinated a rescue involving five vessels, including the Portuguese Navy patrol ship NRP Setúbal and four good samaritan merchant ships. Portuguese Air Force assets were also activated to assist.

The merchant tanker Resilient Warrior was already headed towards Felicity Ace's position at the time of the casualty, and she arrived on scene at about 1230 hours GMT on Wednesday, according to AIS tracking data provided by Pole Star. The Warrior's crew successfully brought aboard all 22 members of Felicity Ace's crew, then got under way once more, headed northeast towards her final destination of Rotterdam. A Portuguese Navy EH101 rescue helicopter rendezvoused with the tanker and delivered the survivors safely to shore at the port of Horta in the Azores. No injuries were reported. 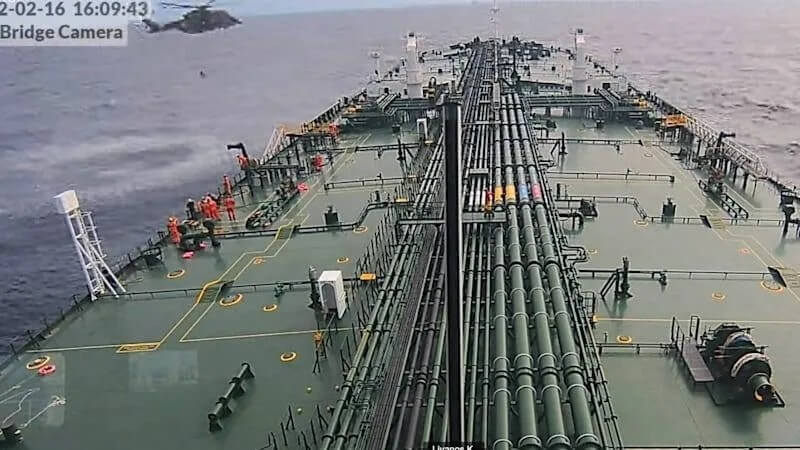 The fire is still active on board Felicity Ace, according to the Portuguese Navy, and the NRP Setúbal remains on site to monitor the situation. No signs of pollution have been reported. As of Thursday, the Ace continued to drift on an easterly course, making about two knots.

Felicity Ace was carrying a shipment of luxury vehicles for customers in the United States, including 1,100 Porsches and 189 Bentleys, according to auto-industry outlet The Drive. Many of these cars were custom ordered and pre-purchased before shipment, and Porsche has let buyers know that more information will be coming shortly about the fate of specific vehicles.