Study: Even Weak Cyclones are Getting Stronger

Tropical cyclones have been growing stronger worldwide over the past 30 years, and not just the big ones that you hear about. Our new research finds that weak tropical cyclones have gotten at least 15 percent more intense in ocean basins where they occur around the world.

That means storms that might have caused minimal damage a few decades ago are growing more dangerous as the planet warms.

Warmer oceans provide more energy for storms to intensify, and theory and climate models point to powerful storms growing stronger, but intensity isn’t easy to document. We found a way to measure intensity by using the ocean currents beneath the storms – with the help of thousands of floating beachball-sized labs called drifters that beam back measurements from around the world.

Why it’s been tough to measure intensity

Tropical cyclones are large storms with rotating winds and clouds that form over warm ocean water. They are known as tropical storms or hurricanes in the Atlantic and typhoons in the Northwest Pacific.

A tropical cyclone’s intensity is one of the most important factors for determining the damage the storm is likely to cause. However, it’s difficult to accurately estimate intensity from satellite observations alone.

Intensity is often based on maximum sustained surface wind speed at about 33 feet (10 meters) above the surface over a period of one, two or 10 minutes, depending on the meteorological agency doing the measuring. During a hurricane, that region of the storm is nearly impossible to reach.

For some storms, NOAA meteorologists will fly specialized aircraft into the cyclone and drop measuring devices to gather detailed intensity data as the devices fall. But there are many more storms that don’t get measured that way, particularly in more remote basins. 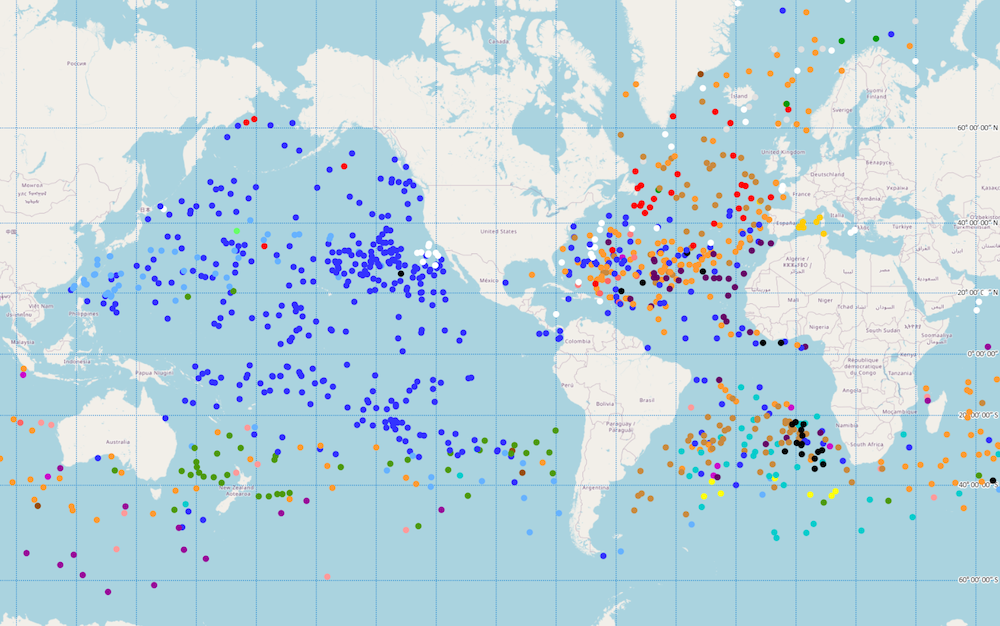 Over 1,100 drifters are currently operating around the world. The U.S. (blue dots) operates over 430 of them. France (orange) has about 200. Each typically lasts about a year. NOAA

Our study, published in the journal Nature in November 2022, describes a new method to infer tropical cyclone intensity from ocean currents, which are already being measured by an army of drifters.

A drifter is a floating ball with sensors and batteries inside and an attached “drogue” that looks like a windsock trailing under the water beneath it to help stabilize it. The drifter moves with the currents and regularly transmits data to a satellite, including water temperature and location. The location data can be used to measure the speed of currents. 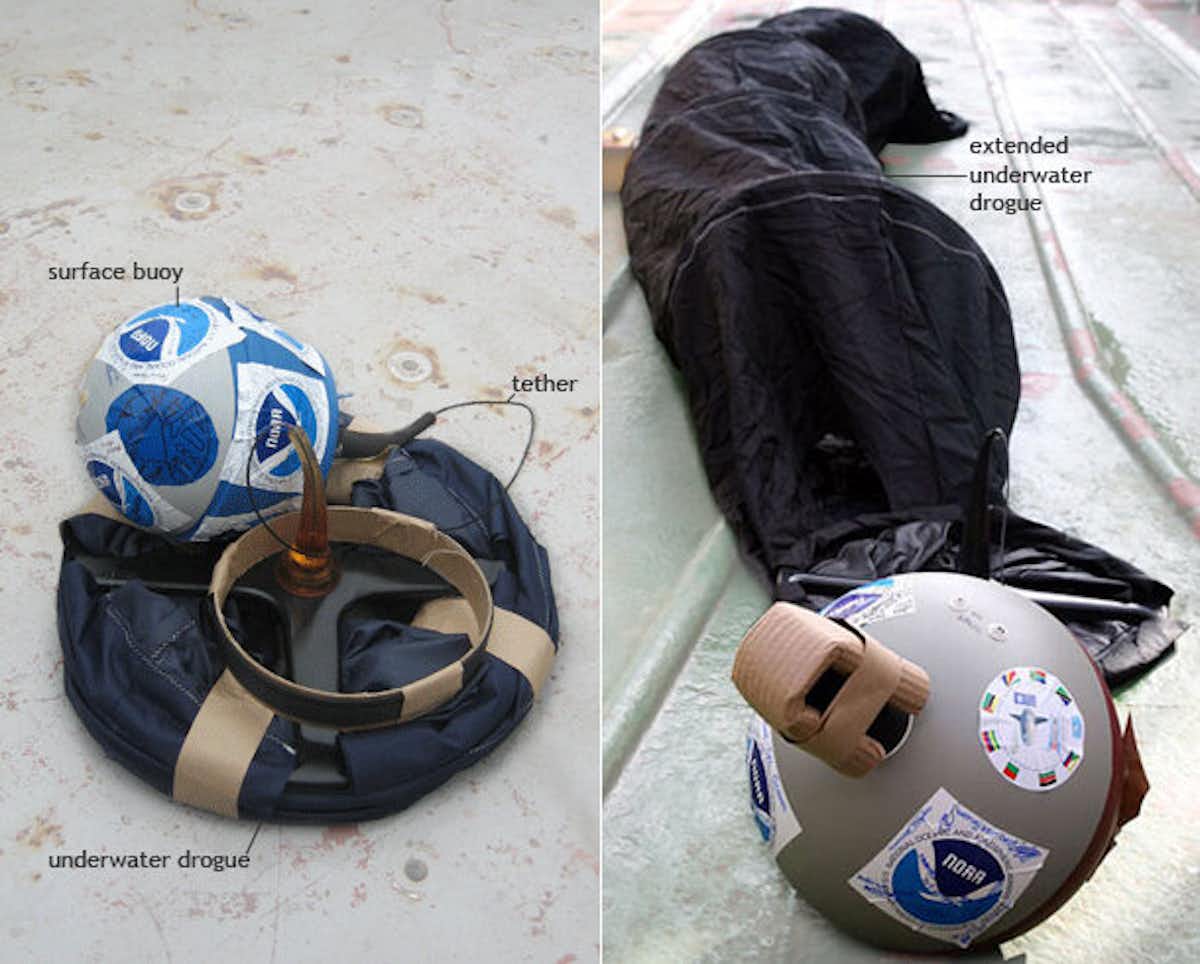 Examples of NOAA’s drifters and the drogue that helps stabilize them. NOAA

Since NOAA launched its Global Drifter Program in 1979, more than 25,000 drifters have been deployed in global oceans. Those devices have provided about 36 million records over time. Of those records, more than 85,000 are associated with weak tropical cyclones – those that are tropical storms or Category 1 hurricanes or typhoons – and about 5,800 that are associated with stronger tropical cyclones.

That isn’t enough data to analyze strong cyclones globally, but we can find trends in the intensity of the weak tropical cyclones.

Here’s how: Winds transfer momentum into the surface ocean water through frictional force, driving water currents. The relationship between wind speed and ocean current, known as Ekman theory, provides a theoretical foundation for our method of deriving wind speeds from the drifter-measured ocean currents.

Evidence beneath the storms

In the Northwest Pacific, an area including China, Korea and Japan, a relatively large amount of available drifter data also shows a consistent upward trend in the intensity of strong tropical cyclones.

We also found evidence of increasing intensity in the changes in water temperatures measured by satellites. When a tropical cyclone travels through the ocean, it draws energy from the warm surface water and churns the water layers below, leaving a footprint of colder water in its wake. Stronger tropical cyclones bring more cold water from the subsurface to the surface ocean, leading to a stronger cooling in the ocean surface.

It’s important to remember that even weak tropical cyclones can have devastating impacts. Tropical Storm Megi, called Agaton in the Philippines, triggered landslides and was blamed for 214 deaths in the Philippines in April 2022. Early estimates suggest Hurricane Nicole caused over $500 million in damage in Volusia County alone when it hit Florida as a Category 1 storm in November 2022.

The 2022 Atlantic hurricane season officially ended on Nov. 30 with 14 named storms and eight hurricanes. It isn’t clear how rising global temperatures will effect the number of tropical cyclones that form, but our findings suggest that coastal communities need to be better prepared for increased intensity in those that do form and a concurrent rise in sea level in the future.

Wei Mei is Assistant Professor of Earth, Marine and Environmental Sciences at University of North Carolina at Chapel Hill.