[Brief] On Friday, the U.S. Coast Guard rescued four men from a sinking fishing vessel off the coast of Jamaica Beach, Texas.

At about 0120 on Friday morning, Coast Guard Station Galveston received notice that a shrimp boat was taking on water with three people aboard about 11 miles off Jamaica Beach.

The watchstanders issued an urgent-notice broadcast and dispatched a response boat and a Coast Guard Air Station Houston helicopter aircrew.

Once on scene, the response boat reported that the shrimp boat, the Captain Alex, was larger than initially reported and had four people aboard. The boat crew passed over a dewatering pump along with two crewmembers to help the stricken vessel. 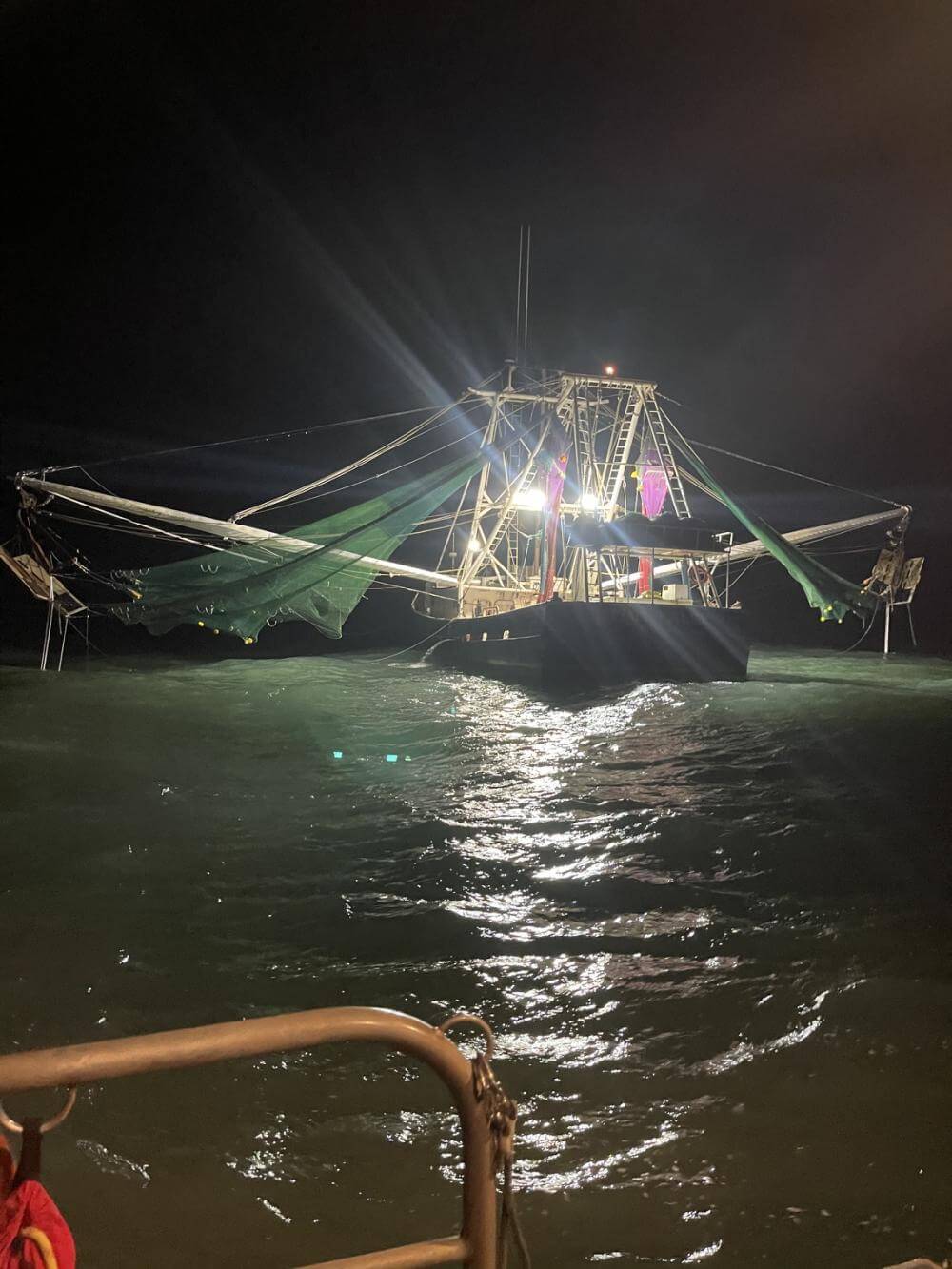 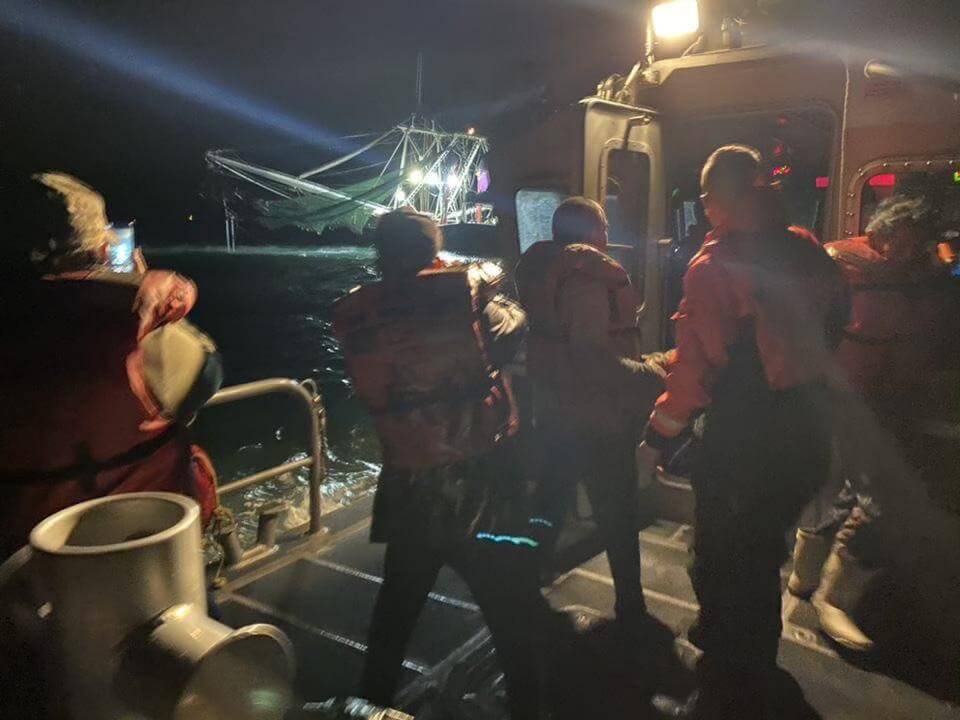 However, the flooding was in the engine room, and the team found that the water in the bilges was too oily to pump out. Instead, the Coast Guard boat crew helped the four men abandon ship, then transported them to Station Galveston. No injuries were reported.

The shrimp boat went down with as much as 17,000 gallons of diesel aboard. Pollution response and monitoring efforts are ongoing, according to the Coast Guard.