A recently published study concluded that a third of oil reserves, half of gas reserves and over 80 percent of current coal reserves globally should remain in the ground and not be used before 2050. The authors of the study, funded by the UK Energy Research Centre, assert that this would enable global warming to stay below the 1 degree Celsius (about 2 degrees Fahrenheit) target agreed by policy makers as likely to avoid the worst of projected climate change impacts.

A similar view is reflected in one of the resolutions adopted at the Lima Climate Change Conference in December, which recognized that substantial cuts in anthropogenic greenhouse gas emissions are required by 2050.

For James Ashworth, Lead Consultant for Singapore-based business consultancy TRI-ZEN, this raises the need for (non-uranium) nuclear propulsion systems in ships, a solution he believes offers future advantages over LNG. LNG is certainly the right fuel for this century, says Ashworth, but it does not offer the necessary post-2100 carbon-free footprint.

Perceptions of Risk Can Change

Fear of the unknown is still a major issue. “When you ask educated, professional groups whether they believe we should become more reliant on nuclear power, 30-40 percent are positive,” says Ashworth. “When you ask the same group if they would be prepared to take their family on holiday on a nuclear-powered cruise ship, the number drops to below 10 percent.”

Fukushima did much to reverse a slow thawing of opinion on nuclear power, leaving politicians scrambling for nuclear abolition to appease voters, often with scant regard for the energy needs of their economies, he says. However, perceptions and attitudes toward risk can change. Early motor cars were preceded by a man walking with a red flag to warn people. Even though traffic fatalities continue in high numbers, the man and the flag are long gone. 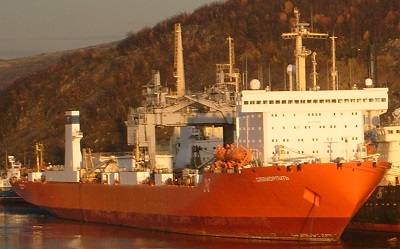 “Shipowners will not convert to LNG until there are sufficient LNG bunker ports in the right locations,” Ashworth explains. “Ports will be hesitant to provide LNG infrastructure until a guaranteed market is there. Nuclear propulsion meets these challenges in one stroke. There are effectively zero emissions and, with refuelling intervals up to ten years, minimal port dependency. Nuclear also offers an increasingly competitive cost profile as fossil fuels become more expensive and potential economies of scale kick in.”

Ashworth cites a study several years ago by naval architects CR Cushing and Co., which considered a recently built 15,000-teu container vessel with a 32-knot service speed. The study compared the costs for nuclear propulsion against a conventional system, assuming a plant life of 40 years and an interest rate of 10 percent.

“Factoring in fuel costs at current prices, the picture changes dramatically,” says Ashworth. For the same operations, the annual fuel cost for nuclear was $6.75 million while conventional came in at $112 million. Nuclear propulsion saved $105.25 million on fuel. Therefore, with all costs integrated, a 15,000-teu container vessel with a 32-knot service speed is almost $63 million cheaper to run with nuclear rather than diesel propulsion.

“And why stop at 32 knots?” asks Ashworth. “Service speeds of 50 knots are entirely feasible with little or no fuel cost penalty. With such savings on offer, convenience and political expediency will inevitably overcome contemporary perceptions.” This point is not lost on Lloyd’s Register, which commissioned a research program into Merchant Nuclear Propulsion in 2007 with other stakeholders including Hyperion Power Generation, BMT and Greek shipping conglomerate Enterprises Shipping and Trading. Babcock International entered the discussion with a nuclear LNG carrier proposal in 2010.

A Host of Benefits 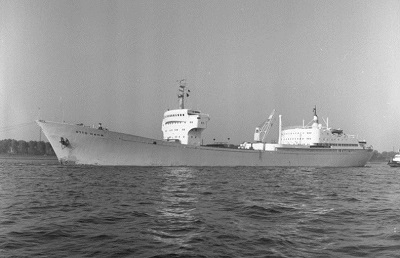 “Charter rates, especially for perishable goods, could carry a premium,” he adds. “Piracy is frequently cited as a negative factor, but high operating speeds offer a deterrent to boarding. The practice of cold ironing, where vessels switch to shore power while docked, can be turned on its head with nuclear ships: Surplus generation could be fed into the grid of the port state, perhaps adding a revenue stream for shipowners and operators.”

Arguably the most successful nuclear merchant ship was Germany’s Otto Hahn, says Ashworth. As a cargo ship and research facility, the vessel was launched in 1964 and refuelled in 1972. It sailed 650,000 nautical miles, spanning 126 voyages. For economic reasons, diesel propulsion was installed in 1979, but its ten years sailing under nuclear propulsion saw no technical problems.

A Different Type of Fission

To date, the maritime nuclear propulsion unit of choice has been the Pressurized Water Reactor (PWR). Water is heated to 315°C (600°F) and pressurized up to 155 bar via a nuclear fission process within fuel rods in a strong reactor containment structure. Temperature is regulated by the insertion of boron or cadmium steel control rods that absorb neutrons and reduce fission.

The pressurized water then heats a secondary independent water circuit, generating steam that drives a turbine, which can be coupled to the propeller shaft or used to generate electricity. PWRs are very stable due to their tendency to produce less power as temperatures increase. Water in the secondary loop is separate and not contaminated by radioactive materials. The control rods are held by electromagnets and fail-safe falling by gravity when current is lost. Full insertion safely shuts down the primary nuclear reaction.

New Technologies Are Under Development

Today, various new nuclear technologies are being developed, some of which might be applicable to propulsion, says Ashworth. One example is a uranium nitride nuclear battery developed by Hyperion at Los Alamos Laboratories in the U.S. Intended for captive power generation in remote locations, the battery has an output of 75MWt or 25MWe, measures 1.5 by 2.5 meters and weighs around 50 tons. With a sealed core and ten-year service life, such units would be easy to remove and replace. 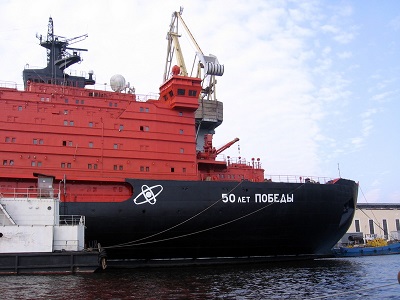 “Today’s nuclear industry grew out of the Cold War, whose antagonists required plutonium (derived from uranium) for their nuclear arsenals,” Ashworth explains. “This is unfortunate, as there is a much better option if you do not want to make bombs. Thorium can generate significantly larger amounts of energy than uranium, can be used in existing reactors, does not require conversion or enrichment, cannot be used as bomb material, is inherently incapable of causing a meltdown and produces waste material that can be recycled as fuel.”

Spent thorium fuel is radiotoxic for decades rather than millennia. Thorium exists as a by-product of the extraction of rare earths from monazite sands, found in greater abundance and higher concentrations than uranium, making it much less expensive and environmentally unobtrusive to mine. The primary locations of thorium reserves are Australia, India, Brazil and the U.S., providing much better supply security than uranium. Research is underway to commercialize thorium fuels.

For Ashworth, (non-uranium) nuclear is the only sensible way to achieve the climate change goals of the Lima Conference even though the public may still be hesitant. He believes it warrants urgent attention.

Some of the effects that scientists have predicted would result from global climate change are now occurring and include loss of sea ice, accelerated sea-level rise and longer, more extreme temperatures. Researchers from the Australian National University have documented an unprecedented 20cm rise in sea levels since the start of the 20th century.

The Japan Meteorological Agency announced that 2014 was the hottest year on record since 1891, beating the average for all the years in this century, each of which ranks among the top 16 warmest years since 1891.

The Earth's average temperature has increased about one degree Fahrenheit during the 20th century. One degree might not sound like much but it is an unusual event in the Earth’s recent history, says NASA’s Global Climate Change resource. Small changes in temperature correspond to enormous changes in the environment. For example, at the end of the last Ice Age, when the northeastern U.S. was covered by more than 3,000 feet of ice, average temperatures were only five to nine degrees Fahrenheit (2.7 to five degrees Celsius) cooler than today. 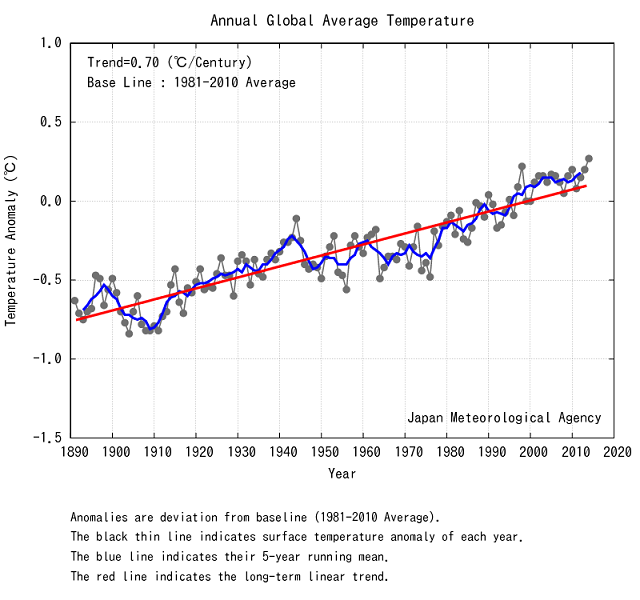