Crystal Cruises is introducing a new expedition-style voyage traversing the Northwest Passage. MarEx spoke to industry experts to get their perspectives on what it will mean for Arctic travel.

Crystal Cruises will be the first luxury cruise line to offer a cruise through 900 miles of waterways lined with glaciers, towering fjords and vast unspoiled landscapes away from mainstream civilization and tourism, north of mainland Canada. For 32 days beginning August 16, 2016 in Anchorage, Alaska, Crystal Serenity will sail the Northwest Passage from the Pacific Ocean to the Atlantic Ocean and on to New York City.

Crystal Serenity and its escort vessel will be using low sulphur marine gas oil fuel, exceeding environmental regulations. The escort vessel will carry additional safety and environmental protection equipment as well as personnel specifically trained in its use. In addition, it will serve as a platform for a helicopter and zodiacs and be manned by a crew highly experienced in all aspects of operating safely in this unique area. 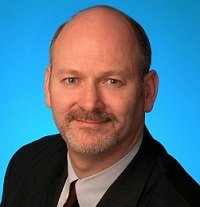 “No doubt they will have a plan, but the thing that makes this cruise attractive is that it is entering a frontier. What is attractive about it could also be its downfall,” says Dermot Loughnane, CEO of Tactical Marine Solutions in Canada. A Master Mariner, Loughnane’s career at sea and ashore has included operating in the Arctic at sea and ashore as well as various senior roles for shipping and oil and gas companies. He has also been chairman of the Greater Victoria Harbour Authority in British Columbia.

“A big cruise ship coming to some little community, like Grise Fiord? They are just not equipped for it in any sense, much less if something goes wrong. The cruise line has a helicopter to send people ashore, but where would they go if they were evacuated ashore? They’d all be standing in people’s living rooms - literally. There is certainly not enough equipment to handle a pollution incident, or enough search and rescue equipment in these areas.

“What really worries me though is that if they sell out the capacity, you can bet that other cruise lines are going to be lining up. These small communities could use the tourism dollars, but the cruise lines will want facilities, and to divert money to facilities for cruise ships could be at the expense of other needs.”

Loughnane is concerned about the potential for the industry to grow and the inability of the Polar Code to be effective in safety management. “The Polar Code as it is being put forward now is a bit toothless, and is a dumbing down of what we have in Canada. It’s not clear to me whether or not Canada would agree to it. A lot of knowledgeable people in Canada would not consider a requirement for an ice navigator with 50 days experience to be particularly onerous, and the thought that this would be reduced by the Polar Code would not be acceptable. Would we really go ahead as a country and do that?” 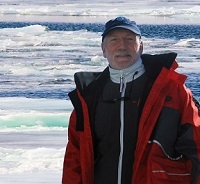 The Polar Code is not likely to have an impact on this initial voyage given the cruise is scheduled for 2016. Even if present timelines set by the Secretary General of the IMO are met, actual implementation is further out than this. Therefore, Canadian regulations will remain the predominant guidance regardless of the Polar Code as it presently stands, says Captain Duke Snider. Snider has over 30 years’ experience as an ice navigator and has been a Canadian coast guard commanding officer. “Canada is not likely to approve any high risk voyage such as this without adequately experienced personnel on board both the cruise ship and its support ship and without sufficient examination and certification of the ships themselves.

“Under the Canadian Arctic Shipping Pollution Prevention Regulations, if she has an ice navigator on board that meets the requirements of the regulations, she could utilize the Arctic Ice Regime Shipping System that determines a go-no go decision based on her ice class (or lack thereof) and actual ice conditions,” says Snider. “It is quite conceivable that she could successfully negotiate the entire Northwest Passage if ice conditions permit. The period of the year when the company has stated their intent to transit is the most likely period that a successful voyage could be completed.”

Nonetheless, all along the intended route there is the potential for heavy multi-year ice to be encountered. Most passenger vessels are not double hulled, only double bottomed so an substantial impact with glacial ice could result in a large ingress of water (for example the loss of the MV Explorer in the Antarctic, holed by glacial ice).

“Arctic ice typically continues to melt until late August, early September, then begins annual freeze up. But there is no guarantee that the entire route will be ice free, in fact that is extremely unlikely,” says Snider. “Ice will surely be encountered in the central Arctic and can be extremely challenging to a large lightly ice strengthened vessel. Even working with an icebreaker, a lightly ice strengthened vessel can be struck by ice under pressure and even thrown back by the ice breaker. I would be more optimistic were the vessel high ice class and even an icebreaker. But given the lack of ice class, this voyage is far from guaranteed on being successful in my opinion.” 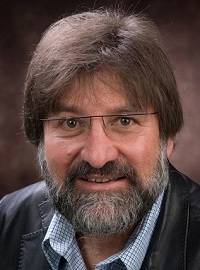 Cruise Junkie (Dr Ross Klein) is a Professor at Memorial University of Newfoundland in St. John’s, Newfoundland, Canada. He says, this is not the first cruise ship to traverse the Northwest Passage or areas of Canada’s Arctic, however it is the largest. “Historically, there have been problems with charts and maps not being accurate (or so it was said after an accident) and/or navigation aids that have shifted over the winter months so they couldn’t be relied upon. This doesn’t mean that there is going to be an accident, but there is a risk. And if there is an accident, access to emergency services will be quite limited.”

It is unclear how the ship will deal with wastewater and treated sewage. “Will this be dumped at sea, as is usually the case? What will be done with the volume of solid waste when there is more than three weeks between ports with garbage reception facilities. As well, there may be issues with the use of incinerators in the area with regard to impact on the environment,” says Klein. 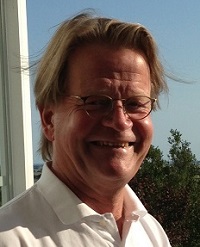 Sten Wärnfeldt is an ex naval radar officer and project manager at Radar Technology in Norway. He has worked with bridge systems for over 20 years: “The almost complete lack of search and rescue resources along the Northwest Passage has been highlighted and discussed for years. I have a feeling it will be non-existent in the summer of 2016 also.

“I would consider ice floes and growlers [small chunks of floating ice that rise up to 1m out of the water] as the major ice hazards on the Northwest Passage summertime. The reason is that these ice pieces would drift on the Arctic Ocean and could appear when you don’t expect it. Ice floes and growlers can’t be detected by satellite, so the ship would need a good ice detection radar to detect them as far out as possible. My personal experience is that too many ships take the risk before installing such equipment.”

Crystal Serenity isn’t ice classed or ice strengthened so she would need good support to keep her route ice free, says Wärnfeldt. “I mean ice free - literally. We should hope that Crystal Cruises will charter more than one ice breaking vessel to support her during her passage through the Arctic, in fact one powerful ice breaker and two or more ice breaking support vessels. They would need them to cruise safely.”

Ice strengthened vessels were reported to have hit ice floes on the Northern Sea Route last summer. One example was a Russian ice class tanker which was holed by an ice floe. The tanker didn’t detect the ice floe while sailing a route which had been broken by an ice breaker. Luckily no oil leaked, and the tanker was towed to a safe port located a few hours steaming away. 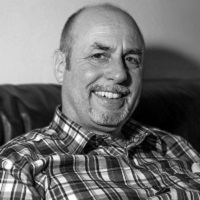 What could happen with a non-ice strengthened cruise ship if it hits ice floes or growlers? It’s a question that Bjarne Rasmussen has been vocal about for years. Rasmussen has decades of experience sailing as an ice navigator and officer on various ships in Arctic and Antarctic waters. “All it takes is a single appropriately sized lump of ice to be in the wrong place at the wrong time for the wrong ship in the summer Polar waters. Then we face the potential for a ship disaster with many deaths and major marine pollution,” he says.

“All cruise ships and tankers sailing in Arctic and Antarctic should at least be mandatory ice-strengthened to Finnish-Swedish Ice Class 1A Super,” says Rasmussen. “Passengers are innocent people and not professional mariners who know the risks and how to behave when in distress in these waters. And all officers and crew on board cruise ships should be required to complete a course which deals with what to do in these situations.”

Rasmussen believes the industry should consider independent polar vetting inspections. He cites the example of a former Danish state owned shipping company KGH trading between Denmark and Greenland. The company had a team of its own experienced ice navigators who carried out a survey and vetting inspections on any cargo ships the company planned to charter. “Is it time for independent vetting companies to offer such inspections to the cruise ship industry prior to sailing to the Arctic or Antarctic waters? I imagine the marine insurance industry might be interested in such a move.”

Despite the concerns raised by all these experts, there is also a general feeling of confidence that Crystal Cruises would have reviewed all the potential risks before they started to sell the cruise. In Part 2 of this story, MarEx’s provides more detail on their view of the risks.