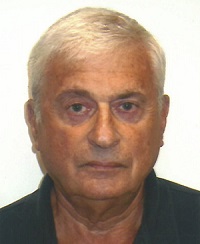 As the term implies, the big bang is the end of a long sequence of events that converge on a single point of singularity and diverge from that point on to a different universe of activity.

The train of thought that will be presented in this article does not mention any carrier or relate to specific data, which are the trees that prevent us from seeing the wood. This is not a scientific document but more of a philosophical overview of industry trends based on a lifelong experience.

From this vantage point one can see the industry universe evolving in a very clear direction.
The shipping industry has to a large extent followed the same cycle as nature.

In the beginning there was one type of vessel, but as commerce and technology developed, shipping evolved into specialized types of vessels suited to specific trades and cargoes.

The container shipping industry has developed from a single company model adapted to a specific trade to a topology of multi carrier networks with hubs, spokes and interfaces between vessels and lines. In fact no company, unless very large, can maintain an independent and sustained long term economic operation.

Market forces drove the container shipping industry to lower unit production cost in an environment of overall increase in input costs. The only solution was increase vessel size in order to achieve the benefits of economy of scale particularly along the major trade routes. Once one large company began to implement this strategy, all the other participants in the trade had no option but to follow suit, as the commercial leader could operate at a much lower revenue level which would drive out all the other participants out of the trade.

The competitive and economic environment has become so severe, that even the largest players, which were in fierce competition, began to realize that only cohabitation can actually provide the necessary network economics required to operate profitably in the major trade lanes.

Once this strategy was implemented by one group in the trade all the participating carriers reorganized accordingly.

The recent environment of surplus capacity and lower unit costs has enabled sustained operations under substantially lower market rates and continues to drive investments in larger container vessels and further operational conglomeration. This conglomeration has increased the severity and oversight of regulatory bodies in the main trading areas.

Thus the market faces a conundrum where the regulatory discipline established to protect the market from monopolistic mal-practice is in fact becoming a barrier to market price reduction that can only be derived by increased carrier cost efficiencies. In addition, smaller players are not able to play in a market dominated by the big players, still operating within regulatory bounds.

There is no doubt that all parties (carriers, shippers, regulators) have a common goal – to provide the most reliable and sustainable economic service in the long term cost, particularly in the main regulated trades.

It might surprise the reader that carriers feel it is in their interest to be able to sustain the lowest economic long term rate level. It is these rates levels that contribute to the development and maintainability of the global supply chains which feed the demand for transport capacity, particularly on the major trades.

This demand is becoming more critical as vessel dimensions increase, and profitable utilization can only be achieved with higher volumes.

Thus the convergences of interest among the shipping stakeholders, create an opportunity to develop a new industry paradigm that will address the following issues:
1.    Lowest sustainable cost of ocean transport.
2.    Prevention of commercial dominance by any party.
3.    Profitable vessel operations.
4.    Equitable cost distribution among all supply chain parties.
5.    Open access to transport.

To achieve the above a "big bang" will need to occur:
1.    Separation of vessel operation from commercial operation.
2.    Plan trade lanes based on bare slot incomes. (Bare slots-devoid of any equipment and marketing cost). In effect: creation of Mega-Feeders.
3.    Change the measure of market share from capacity of vessels employed to volume of full containers moved weighted by distance.
4.     Create pricing systems that aggregate the full transport cost which needs to be covered by the beneficial party.
5.    Factor the equipment balancing requirements into particular shipping routes.

Obviously the scope of this article cannot provide a detailed plan of the milestones needed to achieve the above. However the following steps will probably need to be taken:
1.    General agreement on the direction proposed and creation of an ad-hoc hosting structure by the main stake holders.
2.    Working parties to formulate implementation details.
3.    A global maritime convention that would ratify the new container shipping industry modus operandi.
4.    Creation of an appropriate new "contract of carriage" for each party in the new supply chain.

About the author: David Rosen has been in the container industry since the 1970’s as a member of the set up team of Zim Container Service where he has held IT and commercial responsibilities in Japan and Israel. Digital Equipment Corporation, Europe, Transport Industry Marketing Manager, based in London UK. Co-Founder and Operations Manager for Maersk Israel.  Maritime business and operations consultant . Team member of Hackett Associates. An avid writer on maritime issues.  Lectures on Liner Shipping, in corporate and academic programs. Contact:[email protected]