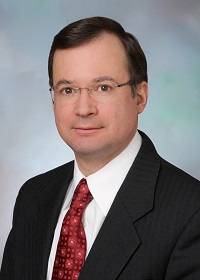 On Thursday, John W. Butler, President and CEO of the World Shipping Council gave testimony about container weighing before the U.S. House Committee on Transportation and Infrastructure’s Subcommittee on Coast Guard and Maritime Transportation.

His testimony explains the confusion that has arisen around the new SOLAS container weighing regulations, and he concludes that there is no need to delay implementation of the regulations beyond July 1.

For example, the World Shipping Council has fielded a number of questions that ask whether the shipper may comply by providing a certification stating that the container has not been loaded beyond the maximum rated capacity of that container. Such overloading is both dangerous and illegal, and there are in-gate weighing processes and sensors on yard equipment and container cranes that are designed to alert workers to grossly overloaded containers.

However, the SOLAS rule is designed primarily to address a broader issue, namely declared weights that are within the maximum carrying capacity of a container, but that are inaccurate and thus cause containers to be stowed with an incorrect assumption about their weight, resulting in problems ranging from stability and stress problems for the ship to container stack collapses resulting in damaged cargo, containers lost overboard and risk of injury to ship’s crew and shoreside workers.

It was these sorts of incidents that the IMO, national governments and the industry (including ports, carriers, shippers and labor) have tried to address though this new measure, and that led to the amendment of the SOLAS regulation on container weights. The objective of that amended SOLAS regulation is not just to prevent overloaded containers, but to provide the vessel and terminal operator with accurate weight information so that the vessel can be stowed safely.

Some shippers have taken the position that under Method 2, the shipper should only have to provide the cargo and packing material weight, and the carrier should add in the container tare weight in order to complete the VGM required before the container may be loaded onto the ship. Carriers have objected to such a procedure. The disagreement over this issue appears to be the primary obstacle to compliance by some shippers.

Some recent shipper statements have objected to adding the tare weight to the cargo weight before transmitting the weight certification to the carrier simply because they do not want to change their existing processes. The reason that carriers have resisted this approach is not because they wish to inconvenience the shippers that have made the proposal, but because carriers want to avoid causing delays and disruptions at our ports for all shipper customers.

Because of the large number of containers that carriers handle, maintaining an efficient flow of cargo requires that electronic transmission of data among carriers, shippers, terminal operators and others be used to the greatest extent possible. Uniform, consistent business processes are needed for the efficient movement of American commerce. Particularly relevant here, it is very important to avoid manual procedures or exception handling in processing the data required for commercial and regulatory purposes.

When data received by the carrier from the shipper arrives in a format and with content that allows for automated processing of that data, the entire documentation process moves expeditiously and accurately. In the case of the verified gross mass (or “VGM”) message from the shipper, if that information arrives complete and in a recognizable format, the carrier can both transmit that information automatically to the terminal operator that is loading the ship and also automatically confirm in the carrier’s system that the required information has been obtained.

If, on the other hand, the carrier must examine incoming data to determine whether it is a complete VGM or a partial VGM, that introduces a manual step that would slow down the process and increase congestion at America’s ports.

Once an IT system is configured to recognize and process a VGM as being the gross weight of the packed container, any shipper input to that system that did not include the weight of both the container and the weight of the cargo would either cause an inaccurate weight to go to the vessel stow-planning software system or it would trigger a need for the carrier to manually review submissions by all shippers in order to determine whether those submissions are complete or partial.

The first outcome would defeat the purpose of the regulation, because container weight accuracy would get worse, not better. The second outcome would undermine the carrier’s ability to efficiently process VGM submissions. Given that the primary concern about implementation of the regulation is that it could slow cargo flows and cause port congestion, carriers are very reluctant to accept a proposal under which the shipper would be allowed to choose whether to provide the full weight of the packed container or whether to provide only the weight of the contents.

To summarize, because carrier systems must be able automatically to process VGMs provided by shippers, all submitted weights have to be total weights in order to avoid manual processing and system disruptions and slow-downs. Put differently, providing an exceptional process for one group of shippers that may request it would have the effect of undermining the efficiency of the process for all exporters in the U.S. and around the world.

The first instinct of a carrier – as it is with any service provider in a highly competitive industry – is to say “yes” to its customer. Here, however, saying “yes” to those customers asking to be allowed to provide only the cargo weight would mean degrading service for all customers. That approach would lead to exactly the negative outcomes that everyone agrees must be avoided.

It is for this reason and in the interest of port efficiency in the U.S. that shippers need to include the container tare weight in every Verified Gross Mass that is calculated using Method 2.

There is no question that the amendment to the SOLAS regulation requires process changes by carriers, shippers and terminals. Despite the fact that there have been very public discussions of the revised requirements since they were agreed at the IMO in 2014, it is probably the case that preparations should have started earlier than they did. That is probably the case with every regulatory change that has ever been imposed.

However, a great deal of work has been done in the last six months, and there is no question that processes are available that will allow shippers to send – and carriers and terminals to receive – the information required to allow cargo to be loaded. Those processes include electronic transmission as well as web-based proprietary carrier systems and third-party portals. There is therefore no technical or process impediment to implementation of the regulation on July 1.

The full testimony is available here.