Accordingly to health experts, one of the biggest threats facing humanity today is not war. Rather it is the potential impact of a fast spreading deadly virus. Recognizing the importance of this to the shipping and health industries, U.S. based International Eco Trade has developed a 100 percent safe and environmentally friendly sanitizing system with a range of onboard uses including the decontamination and prevention of Norovirus and Legionella. 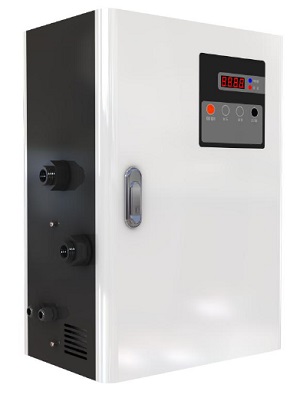 The system uses a sodium hypochlorate-based additive to generate hypochlorous acid (HoCl) in water which eliminates 99.9 percent of all known bacteria and viruses, says Morten B. Larsen, managing partner of International Eco Trade.

Larsen brings 21years maritime experience as a chief engineer and five years of product and business development experience to the company. Also partnered in the venture is well-respected infectious disease specialist, Dr Anthony Japour. Altogether, the company's management team has over 75 years of marine and virology experience.

The HoCl generators are suitable for shipboard sterilization of drinking water, disinfecting beds, restrooms, linen, cleaning of refer containers, refer cargo-holds and decontamination and prevention of Norovirus, Coronaviruses and Legionella.

HoCl can also be added to water used in ice making machines for the fishing industry to ensure a safer product. Since the solution is FDA and EPA approved it can be sprayed on raw food and consumed without rinse off with freshwater.

Traditional chlorination systems can kill a range of pathogenic microbes, however, chlorination has the following disadvantages, says Larsen:

• It taints the water,
• It is not effective against biofilms,
• It is subject to pH effects and other inconsistencies
• It is easily neutralized by organic materials
• It fails to kill cryptosporidium and other protozoa and
• Actually adds toxic chemical by-products (such as trihalomethanes) to the water in the disinfection process.

HoCl is 300 times more efficient than chlorine, says Larsen. It is also more effective than sodium hypochlorite. “The pH neutral HoCl can penetrate cell walls of pathogenic microorganisms whereas the negatively charged hypochlorite ion (OCl) cannot. Besides the neutrality of HoCl, it is much more reactive and is a much stronger disinfectant than OCl as it is split into hydrochloric acid and oxygen. Oxygen is a very powerful disinfectant.” 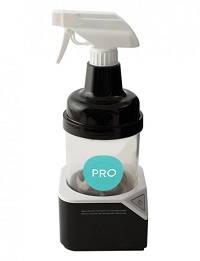 On board, the system reduces the use of expensive maintaining a range of cleaning products. HoCl is produced on board from the company’s Ecolox Commercial 5 or smaller scale Ecolox 5010 Systems. The Ecolox PRO is a hand-held dispenser suited to manual use. “The active ingredients remain stable in the Ecolox system for up to nine months due to our patented production procedure,” says Larsen.

“HoCl is not just the ultimate sterilizer, sanitizer and protector, being many hundred times more effective than any alternative and delivering an “instant kill”. It’s also completely non-toxic to humans and is the ultimate green solution.”