The vessel Ocean Farm 1 is 110 meters (360 feet) in diameter, 69 meters (230 feet) in eight, weighs 7,700 tons. It is designed to accommodate water for farming 1.5 million fish while maintaining a death rate of less than two percent.

Following the official handover ceremony on June 3, 2017, Ocean Farm 1 will be towed to Norway from the shipyard in Qingdao. Upon arrival in the second half of 2017, the structure will be positioned in Frohavet, off the coast of Trøndelag.

As a full-scale pilot facility, Ocean Farm 1 is designed to test out both the biological as well as the technological aspects of offshore fish farming. The vessel is fully automated and will release fish fry, perform feeding, environmental monitoring, cleaning and removal of dead fish.

“Within 2030, the world needs to produce 70 percent more food, and we need to do so using less resources and with a minimal environmental footprint,” says SalMar. “While oceans cover more than two thirds of the world’s surface, only two percent of the food energy for human consumption comes from the sea. Producing animal protein from aquaculture takes less resources and is friendlier to the climate compared to livestock. Since traditional fisheries are almost fully exploited, increased aquaculture production needs to play a major part in efforts to feed future generations.” 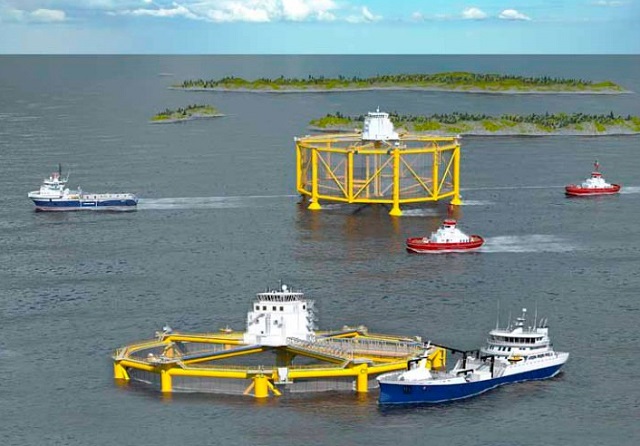