A regional container ship tipped over sinking at its dock on November 15 at the Teluk Lamong Harbor in the East Java region of Indonesia causing a lot of excitement in the port but no reports of injuries. In a briefing held by officials from the port, coast guard, and local officials, they reported that port operations were continuing smoothly while an investigation was being launched into the causes of the accident.

The 28-year old Indonesia-flagged cargo ship Mentari Crystal arrived in the port Sunday morning. The vessel, which is 3300 dwt with a length of 278 feet, was scheduled to be on berth for approximately eight hours for cargo operations.

It was loaded with 137 containers when shortly before its scheduled departure in the evening the ship rolled over sinking alongside the pier. 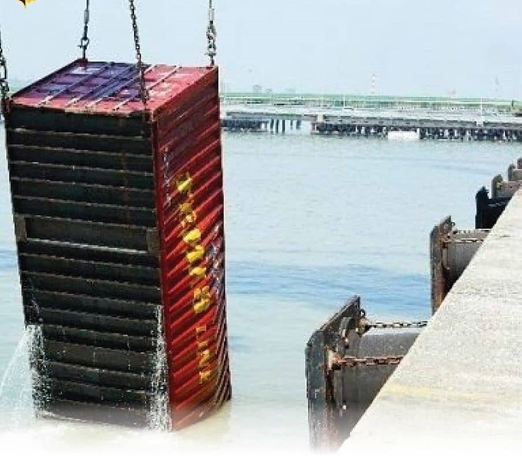 Officials reported that the 18 crew members on board were uninjured and were assisting with the recovery operation. An unspecified number of the containers were dumped into the harbor with some spotted floating as a menace to navigation. The port placed an oil containment boom around the vessel and a recovery operation was ongoing to retrieve the lost containers.

As an added precaution, several other vessels in the area were moved to alternate berths.