Researchers at the Australian Maritime College, a specialist institute of the University of Tasmania, are working on three key projects investigating different elements of noise reduction for naval vessels with funding and support coming from a range of international agencies.

Associate Professor Paul Brandner said the objective of the research is to understand how to make ships and submarines as quiet, and therefore undetectable, as possible.

The first project, funded by a $1 million grant from the Australian Defence Science and Technology Group, will study the effect of microbubble populations and turbulent flow on tip vortex cavitation inception. It is part of a greater collaborative program with the Acquisition, Technology & Logistics Agency (ATLA) of the Japanese Ministry of Defence.

“An understanding of the physics and the ability to predict when cavitation starts is vital to improving the operation of ships and submarines and reducing radiated noise,” Brandner said.

“Lifting surfaces such as propeller blades and hydrofoils generate swirling flows at their tips, known as tip vortices, in which there are low pressures. For this reason, tip vortex cavitation is often the first type of cavitation to occur about propellers and hydrofoils.”

The second project will study the complex bubbly wake ships leave behind that makes them vulnerable to detection.

The cavitation tunnel will be used to create test flows with varying bubble sizes to study the effects of turbulence and cavitation created by propellers and hydrofoils on passing bubble populations.

This $1 million project is funded by the United States Office of Naval Research and the Australian Defence Science and Technology Group, and involves collaboration with the University of Michigan on the experimental program and the Universities of Minnesota and Iowa for complementary computational work.

The third project looks at the role marine propellers play in noise production and will explore whether composite propellers offer a solution for reduced sound radiation.

“Marine propellers are a harmful source of noise in the marine environment, disturbing animal behavior, revealing the location of naval vessels and interfering with sonar operation,” Brandner said.

“Adaptive composite propellers are potentially quieter than metal propellers, as well as offering improvements in efficiency and fuel consumption. We are aiming to provide advanced numerical capabilities that will enable quieter marine propeller designs.”

When fluid flows around an object at high speed, like water around a ship's propeller, it may form bubbles like water boiling. This phenomenon is called cavitation.

Instead of temperature increase causing the water to boil, a reduction in pressure causes the bubbling in cavitation. The process is violent and chaotic as bubbles form and collapse with enough power to erode metal. It also creates a lot of noise, which is a serious problem for vessels that require low noise levels for their survival.

Understanding cavitation is therefore vital in reducing the noise generated by ships and submarines and important for avoiding detection or reducing environmental noise pollution. Cavitation may also significantly reduce operability and ultimate life of equipment due to its destructive nature. 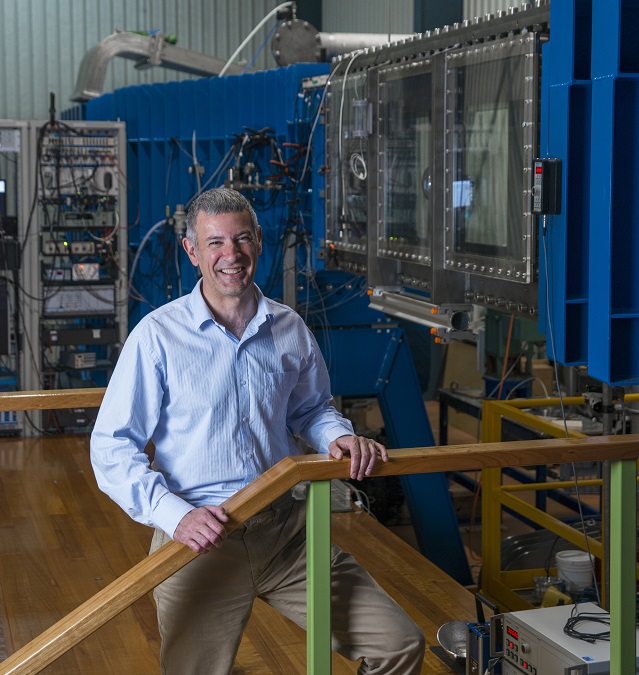