The Week in Review: Dutch Innovation

With Maasvlakte 2, the port of Rotterdam expands by 20 percent and triples its capacity for container handling.

The award, the initiative of the KIVI (Royal Institute of Engineers), recognises an innovative marine engineering work that was designed or constructed by a Dutch party and is given every five years. The winning team included the Port of Rotterdam Authority and contractors Boskalis and Van Oord.

Holland was listed as the world’s fourth most innovative nation by the Global Innovation Index this year. The index highlighted recent improvement in human capital, research and technology output.

The nation’s innovation was also highlighted this month during Netherlands Maritime Week (November3 – 6) and the trade show Europort held in Rotterdam.

Shipbuilding group, Damen, has just announced its support for PortXL, the first start-up accelerator programme specifically designed for the Port of Rotterdam. A group of renowned maritime companies have come together to help secure the sustainable growth of Rotterdam’s port-related industry, and the project specifically aims to ensure that Rotterdam leads the world in port innovation.

More than 150 mentors and over 200 investors, corporate partners and sponsors are involved in the initiative that offers start-ups a fertile environment to kick-start their plans within three months. 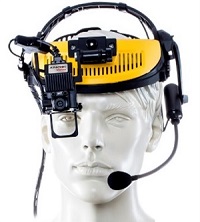 Alphatron Marine introduced AlphaEye during Netherlands Maritime Week. AlphaEye is a next generation service communication tool offering for remote problem solving. Help is available on board by calling a dedicated (satellite from 128kb, 3G or 4G) communication link. Besides supporting the company’s own bridge navigation and communication equipment, the webeye and the shoreside facilities can be used for other remote assistance situations on board at vessels and platforms, even medical situations.

Royal Niestern Sander’s maintenance support, walk-to-work vessel Kroonborg won the Ship of the Year award during Netherlands Maritime Week. The award is an initiative of the Royal Dutch Society of Maritime Technicians (KNVTS) to demonstrate the innovative power of the Dutch shipbuilding industry.

Kroonborg is also the first offshore vessel to be fuelled by gas-to-liquid fuel, a fuel derived from natural gas that produces fewer emissions than conventional fuel. 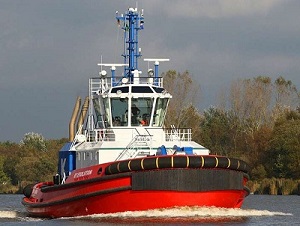 Kotug won the environmental and innovation prize given by the Royal Association of Netherlands Shipowners (KVNR) for two new hybrid Rotortug tugs.

The hybrid propulsion system installed enables the rudder propellers of the new tugs, the RT Evolution and the RT Emotion, to be driven by diesel-direct, diesel-electric or fully-electric propulsion. What makes the new vessels unique is their hull form specially designed for stability during assistance operations, while also having the lowest possible resistance when not towing. Partly as a result of this, they can achieve a fuel saving of 27 percent.

In addition to these awards, four other important maritime prizes were presented during Netherlands Maritime Week. The Maritime Designer Award went to Victor Verhulst of De Voogt Naval Architects for his underwater lounge for luxury yachts. The Ocean Viewlounge he designed can be extended from the bottom of a yacht and, as the name suggest, gives people the chance to admire underwater life in a considerable degree of comfort and style. 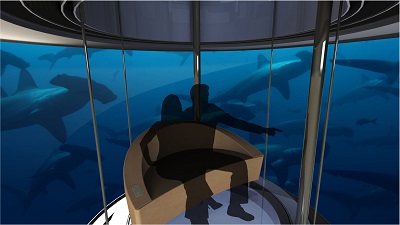 For his study into cylindrical containers which can carry equipment for special forces on the exterior of submarines, Lieutenant Kevin Stouten was awarded the Van Hengel-Spengler Prize by the Royal Netherlands Navy.

Hull Vane received the Maritime Innovation Award for its upside-down underwater spoiler, which can lead to fuel savings of around 10 to 20 percent.

The official opening of the Maritime Week was performed by Melanie Schultz van Haegen, Minister for Infrastructure and the Environment. Citing the nation’s first maritime strategy, which she delivered earlier this year, she reaffirmed the government’s commitment to maintain and strengthen the nation’s top maritime position.

Rotterdam is the largest port in Europe, the Dutch inland shipping fleet has the largest European market share and the Netherlands is the main producer of super yachts. The nation’s offshore and hydraulics sectors also rank among the top in the world.

The Dutch maritime cluster, including port industrial complexes, accounts for 7.3 percent of the gross national product and provides employment for nearly 440,000 people (five percent of job opportunities in the Netherlands).

However, maintaining top position is not a matter of course, considering the growth among ports in countries such as Brazil, China and South Africa, says Schultz van Haegen. Thus a joint approach from the government and the maritime cluster is required.

Human Capital: the aim is to have more young people opting for maritime study programs and a maritime profession.

Innovation: a sound knowledge basis requires close collaboration between companies, knowledge institutes and the government. For example, the government is creating more scope for experimenting with innovative types of ships.

Trade: an attractive business climate with a European and global level playing field is essential to do business. The focus of the government is on European guidelines for sea ports, unequivocal international regulations and international collaboration among inspectorates.

Accessibility: the government and the business community will join forces to achieve a seamless transport network and integration of maritime transport into the logistics chain.

Security Threats and Stability: national and international collaboration between civil and maritime military actors is essential whenever Dutch maritime interests at sea and in coastal areas are threatened.