The UK’s Royal Navy announced that it had ordered its first crewless submarine to augment its underwater warfare capacity. The submarine named Cetus, after a mythological sea monster, is expected to into service in late 2024. Among other defense duties, it will help in securing UK’s key national infrastructure such as deep-sea cables and pipelines.

Cetus is estimated to cost £15.4 million ($18.8 million) and will be almost the length of a bus, making it the largest and most complex crewless submersible operated by European navies. Through its battery power, the submarine will be capable of diving deeper than any vessel in the current Royal Navy submarine fleet and be able to cover up to 1,000 miles in a single mission.

Yet despite its large size, approximately 39 feet long and more than 7 feet in in diameter, the 17-ton submarine will be able to fit inside a shipping container. The Royal Navy reports it can be easily transported around the world wherever it is needed. 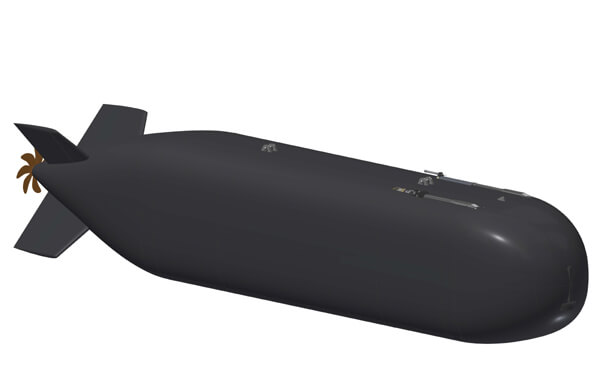 The Royal Navy has experimented and, in some cases, operated autonomous underwater systems for more than a decade. However, these systems are usually small, consisting off-the-shelf technologies and are largely used for mine hunting.

Commenting on the submarine order, First Sea Lord Admiral Sir Ben Key said that this is an exciting moment as the Royal Navy surges ahead with the development of autonomous technology.

“This extra large autonomous underwater vehicle is a capability step-change in our mission to dominate the underwater battle space. I am delighted that the project is able to support a small, innovative UK company which is at the cutting edge of this sector,” added Admiral Ben Key.

The Royal Navy said it hopes to use Cetus as an operational demonstrator, determining how well it can work side-by-side with traditional crewed submarines, such as the current Astute-class hunter killers, or independently.

With increased deployment of unmanned military technology, especially in the ongoing Russia-Ukraine war, militaries around the world are now prioritizing budgets for autonomous defense equipment.

For the Royal Navy, Cetus is just one of the many initiatives that the Navy has taken to foray into the world of autonomy. Autonomous mine hunting systems are already operating in Scotland, driverless Pacific 24 sea boats are undergoing testing and numerous aerial drones are being employed by ships for both reconnaissance/ intelligence gathering and target practice for air defense.