Russian oil major Rosneft has discovered oil in the Laptev Sea after drilling its northernmost exploratory well on the Eastern Arctic shelf.

The Tsentralno-Olginskaya-1 well was the first well drilled in the Laptev Sea and is located in the Khatanga license area which has water depths of up to 32 meters (105 feet). The company was awarded the license in November 2015 and began drilling in April this year.

The Khatanga field's resource potential is yet to be confirmed, but seismic studies indicate 114 promising oil and gas-bearing structures, and preliminary estimates are that the sea may have a resource potential of 9.5 billion tons of oil equivalent.

The sea has a severe climate with temperatures below 0 °C (32 °F) for more than nine months of the year.

Currently, Rosneft owns 28 license areas on the Arctic shelf with total resources in the region estimated to be 34 billion tons of oil equivalent.

Russia estimates that the Arctic shelf will account for 20 to 30 percent of Russia's total oil production by 2050. Rosneft and its partners plan to invest over $8 billion in developing Russia's offshore energy industry in the next five years. 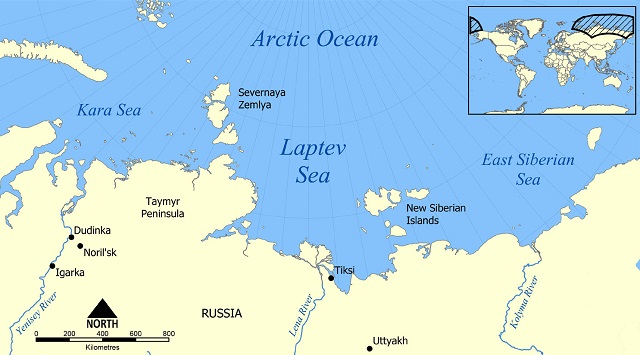