The Norwegian Coast Guard has removed Greenpeace protesters from the safety zone around Statoil's drilling operations in the Korpfjell field, the country's northernmost exploration well in the Barents Sea.

The protestors entered the 500-meter exclusion zone around the Songa Enabler in kayaks on Thursday. They attached a giant globe to the rig that carried written statements from people from all over the world calling on the Norwegian government to stop the drilling operation.

Statoil said their actions were "illegal and irresponsible," and called the authorities. The protesters refused to leave the area, and their vessel Arctic Sunrise was then removed from the location by the Coast Guard.

Greenpeace, in turn, said the Coast Guard action was illegal. Truls Gulowsen, Head of Greenpeace Norway, said: “The Norwegian coast guard doesn’t have the right to board or remove our ship. Protest at sea is an internationally recognized lawful use of the sea, related to the freedom of navigation. We are taking action against Arctic drilling in an area where our rights to protest are protected under international law. The Norwegian government cannot unjustifiably interfere with that right.”

Greenpeace cites United Nations Convention on the Law of the Sea (UNCLOS) Article 87, and says “In exploiting the non-living resources in the extended continental shelf, Norway must not infringe or unjustifiably interfere with our freedom of navigation and our rights, including our right to protest (UNCLOS Articles 76, 78, 80).

“While Greenpeace recognizes that Norway has the right to establish a safety zone around a fixed offshore installation, there should also be room to exercise the right to protest in a safe and peaceful manner.”

The authorities did not agree and ended the protest with seizure of the ship and the arrest of all 35 activists and crew members on board. “The Arctic Sunrise is currently being towed away from the drilling site, to the mainland in Tromsoe, Northern Norway," Greenpeace said in a statement late on Thursday. 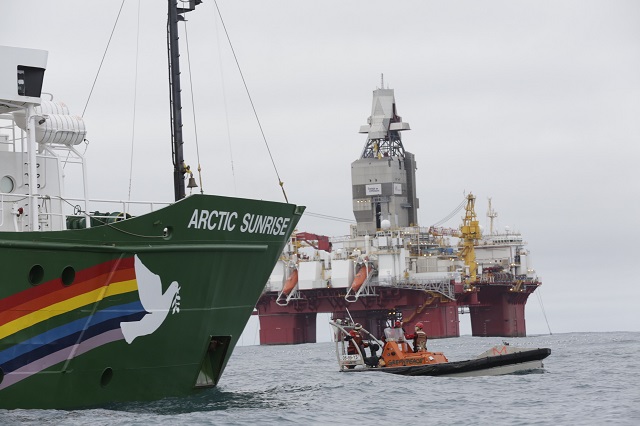 U.S. President Donald Trump was a target for the protesters, as well as Statoil. Greenpeace U.S. activist, Britt Baker, at the location said: “As an American and global citizen, Trump's decision to retreat from the Paris climate agreement and boost fossil fuels at the expense of people around the world was devastating. Likewise, we see the Norwegian government opening new oil areas in the Arctic at full throttle, in spite of knowing the dangers it will have for future generations.

“The major difference between the situation in the U.S and Norway is that Trump left the Paris agreement with tunnel-vision motives to extend handouts to the flailing fossil fuel industry. Norway may as well have left the Paris agreement given the Norwegian's government desire to accelerate fossil fuel production. This government is showing the same disrespect to global climate commitments as Trump.”

In Norway, Greenpeace Nordic and Nature and Youth have challenged the licensing of these Arctic oil fields in court, and their climate lawsuit will be heard in the Oslo District Court in November. 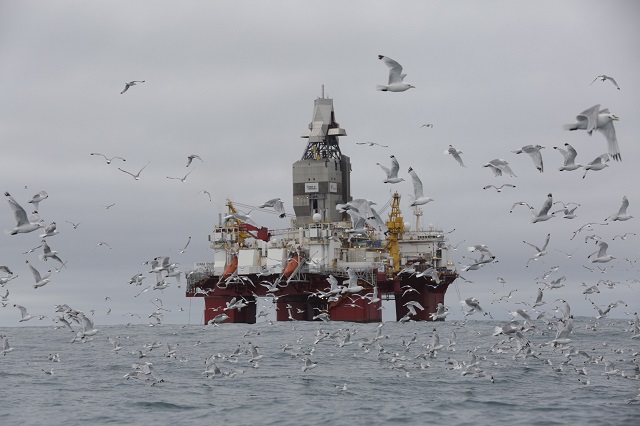