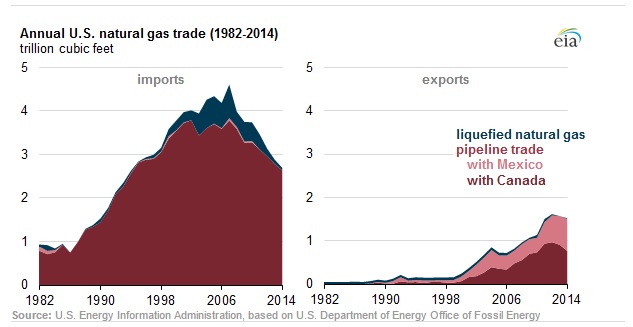 Net imports of liquefied natural gas (LNG) in 2014 totaled 43 Bcf, down 54% from the level in 2013 and continuing a five-year decline. LNG exports increased from 2013 levels, but not enough to offset a nearly 40% decrease in total LNG imports in 2014.

Net imports of natural gas have varied significantly around the country. New production from shale and other tight resources has helped to displace imports in certain regions. EIA's most recent analysis of natural gas imports and exports highlights regional trends in natural gas trade: