Currently a temporary ban is in place in the high seas regulated through the Southern Indian Ocean Fisheries Agreement, but it runs out in July when delegates from Australia, Cook Islands, European Union, France, Japan, Republic of Korea, Mauritius and the Seychelles meet in La Reunion to review the agreement. 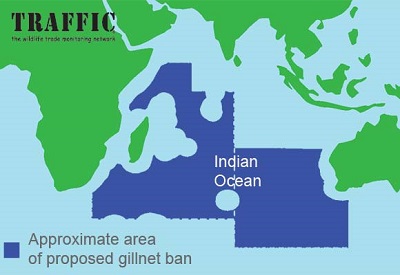 Wildlife organization TRAFFIC says the use of deepwater gillnets is a potentially devastating fishing practice that impacts heavily on species such as deep water dogfish and other shark species.

The huge nets, which can be several hundred kilometers in length and set more than a kilometer below the surface, catch everything in their path. Particularly problematic is when the nets are lost or abandoned and carry on “ghost fishing” for years. One gillnet confiscated by the authorities in Australia in 2009 contained 29 tons of Antarctic Toothfish, plus a significant bycatch of skates.

Irresponsible and unsustainable fishing practices have led to a massive decline in shark numbers. The most serious declines have been in the Coral Triangle and the Mediterranean.

Many shark species are slow-growing, late to mature and produce few young, making them highly susceptible to over-fishing.

Deepwater gillnets and/or large pelagic driftnets have already been banned by a number of other international fisheries management bodies.

“Southern Indian Ocean Fisheries Agreement (SIOFA) contracting parties should join the throng of international fisheries management bodies who have already banned the use of these highly destructive fishing practices,” said Glenn Sant, TRAFFIC’s fisheries program leader. “They also need to prevent the use of deepwater gillnets by vessels flying their flag, no matter where they are fishing. It makes little sense to ban the nets in one part of the high seas but allow them elsewhere.”

In February 2016, TRAFFIC, WWF, Shark Advocates International, Shark Trust and Wildlife Conservation Society launched Global Priorities for Conserving Sharks and Rays: A 2015-2025 Strategy. The ten-year strategy aims to halt the decline of sharks and rays and takes into account the highly complex trade routes for different shark and ray products and the fact that different products – meat, fins, liver oil, gill plates, and others – have very different markets. 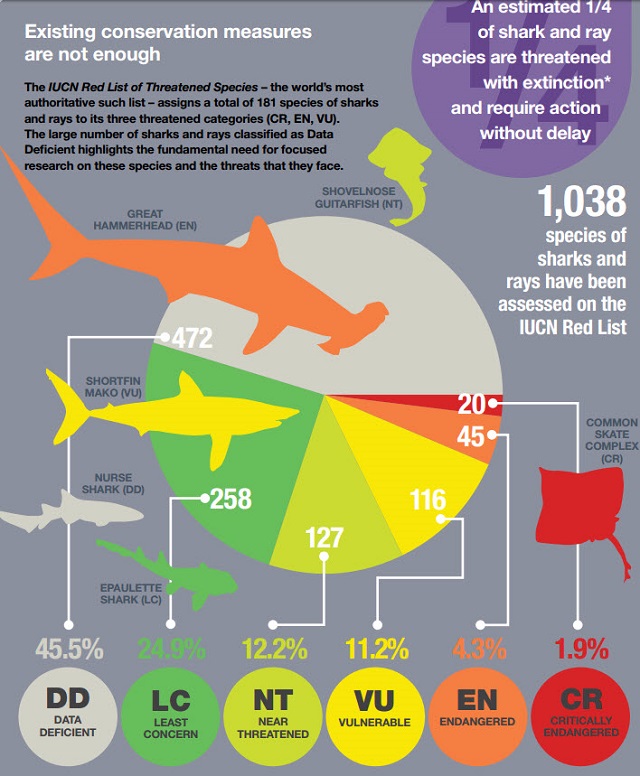