Hurricane Damage Predicted to Get Worse

Hurricane Katrina struck the U.S. Gulf Coast on August 29, 2005. Katrina was the 11th named storm and fifth hurricane of the 2005 season – the longest and most severe hurricane season in history. Three of the storms (Katrina, Rita and Wilma) rank in the top 10 costliest global windstorm events of all-time.

The severity of windstorms, and their consequences, could get worse than this, says insurer Allianz Global Corporate & Specialty. 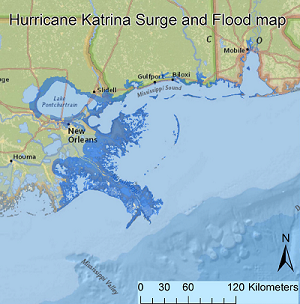 The report states that while there has been no conclusive answer to the question of how climate change impacts storms, most scientists agree that the severity rather than the frequency of windstorms will increase in future. Based on Allianz experience the severity of losses from weather events including windstorms is already increasing.

A principal reason for this is the continuing economic development in hazard-prone areas. In the hurricane-affected state of Florida for example, the population in 2014 was just under 20 million, compared with just three million in 1950. It is a trend that is being repeated at apace across Asia.

In future, further population growth and expansion of industries, particularly in the developing world, will exacerbate the issue. For example, catastrophe modeller RMS describes Ulsan in South Korea as “an industrial exposure hot spot that is highly vulnerable to typhoons.”

The Northwest Pacific Ocean is the most active basin on the planet generating an average of 26 tropical storms per year compared with 11 in the Atlantic. 2013 saw the most active Pacific typhoon season in almost 20 years with 13 typhoons developing and tropical storm, Haiyan being the deadliest on record to hit the Philippines.

Even though the 2014 season was not as active and costly as the one that preceded it, it still contained Typhoon Rammasun, which made landfall in Southeast China as the strongest typhoon to hit the region since 1973 - a Category 4 storm on the Saffir-Simpson scale.

Increasing assets and a booming population clustered around tropical storm hotspots in the face of intensifying storm activity means the potential for larger windstorm losses across Asia continues to increase.

Ten years ago, the top 10 cities in terms of assets exposed were Miami, Greater New York, New Orleans, Osaka-Kobe, Tokyo, Amsterdam, Rotterdam, Nagoya, Tampa-St Petersburg and Virginia Beach, according to a global screening study by the OECD which made a first estimate of the exposure of the world’s large port cities (136 in total) to coastal flooding due to storm surge and damage due to high winds. These cities contain 60 percent of the total exposure, but are from only three countries: U.S., Japan and the Netherlands. 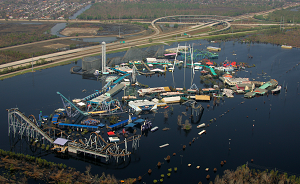 Based on the study’s projection for 2070, the exposure landscape looks very different with asset exposure forecast to grow dramatically, reaching $35,000 billion by the 2070s; more than 10 times the level in 2005 and rising to roughly nine percent of projected global GDP in this period.

Ports Should Be Prepared

Accumulation of risks is rising exponentially with the greater interconnectedness of the global economy, resulting in increasing business interruption, contingent business interruption and supply chain exposures, says Allianz. If natural catastrophe risk management procedures are not in place or have not been regularly reviewed, the magnitude of such losses can increase significantly.

Captain Andrew Kinsey, Senior Marine Risk Consultant, AGCS, says that one of the lessons of Hurricane Katrina for ports was that most of the wind damage occurred to the building envelope (roof covering, walls and windows).  Poor workmanship and lack of knowledge were primary culprits.

* Pre-windstorm planning includes the development of a comprehensive, well-tested emergency plan, site and equipment inspections and prep for possible flooding.
* During a windstorm, response personnel should monitor for leaks, fire and damage.
* After a windstorm, the site should be secured to prevent unauthorized entry. An immediate damage assessment should be conducted if safe to do so.

Business continuity management is crucial as just-in-time production, lean inventories and global supply chains can multiply negative effects. Property damage and business interruption are usually covered by insurance policies, but often there is loss of market share, suppliers, clients and staff that need to be addressed.

“The ports that can assure their clients that these issues are being actively monitored and addressed are helping themselves attract and retain business,” says Kinsey.