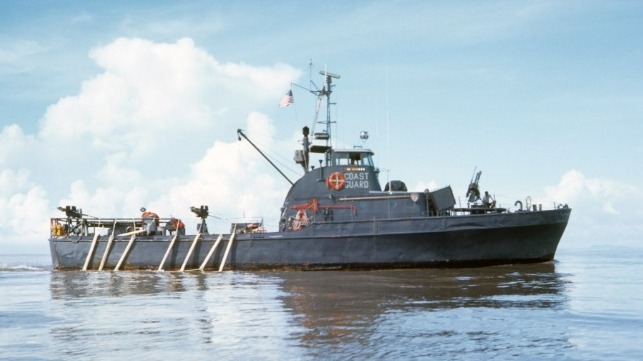 Global merchandise exports could grow by 10.4 percent this year, hitting almost $19.6 trillion, according to data published in the 2018 UNCTAD Handbook of Statistics.

The figures are the result of “nowcasts” based on merchandise and services trade trends. In 2017, global merchandise trade increased by 10 percent, after two years of decline, and trade in services grew by 9.5 percent.

The Handbook underlines that factors contributing to the surge in the value of world trade in 2017 and 2018 are linked to an upswing of global GDP growth (3.1 percent), combined with increasing commodity prices (+17.7 percent), especially for fuels (+26.1 percent) and minerals, ores and metals (+12.2 percent).

The surge was also evident in the strong growth in maritime transport indicators compiled by UNCTAD: growth in world seaborne trade was four percent in 2017, and container port throughput rose by six percent. In 2017, 10.7 billion tons of goods were loaded worldwide; 1.5 billion tons more than in 2012. Loading of dry cargo alone increased by 1.2 billion tons; crude oil, petroleum products and gas contributed the remaining 305 million tons to the overall increase.

Asia was by far the largest trading region. In 2017, 4.4 billion tons of goods were loaded, and 6.5 billion tons unloaded, in Asian seaports. 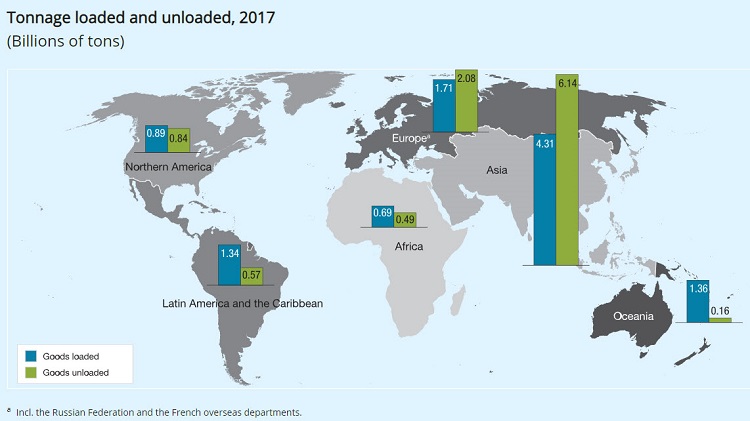 Merchandise trade and trade in services grew robustly during the first half of 2018, although there were significant indications of a slowdown in the second half of the year. The Handbook states that a global economic cooldown and adjusted expectations due to recent protectionist trade measures explain this reverse trend.

Issued yearly since 1968, the UNCTAD’s Handbook of Statistics provides an overview of a broad spectrum of statistics relevant to international trade and economic development.

"I want to make sure that the Coast Guard people in Vietnam know that I am hearing about them often and that I am pleased with what I hear." - General Wallace Greene, Jr., Commandant, U.S. Marine Corps, 1967 As indicated in the quote above, the Coast Guard played a vital role in the Vietnam War, but the Service’s combat operations in South East Asia remain unknown unknown or forgotten by most Americans. Fifty-five years ago, on April 29, 1965,...