At least four people were killed on Saturday when an overcrowded cabin cruiser went aground on a rocky shore near San Diego. The vessel was allegedly being used to smuggle migrants across the maritime border and about 30 people were on board, according to the San Diego Fire-Rescue Department.

The vessel broke up after grounding, sending all aboard into the water. Four bodies were recovered and about two dozen people were taken to a hospital for care, including one who remained in critical condition on Sunday night.

"Most people were able to walk or swim to the shoreline, but there were six or seven people who just got sucked out in a rip [current] and pulled out to sea, and that's when the lifeguards and jetskis were pulling people on board," said a San Diego Lifeguard official at a press conference Sunday. A number of bystanders also entered the water to help bring the survivors to shore. 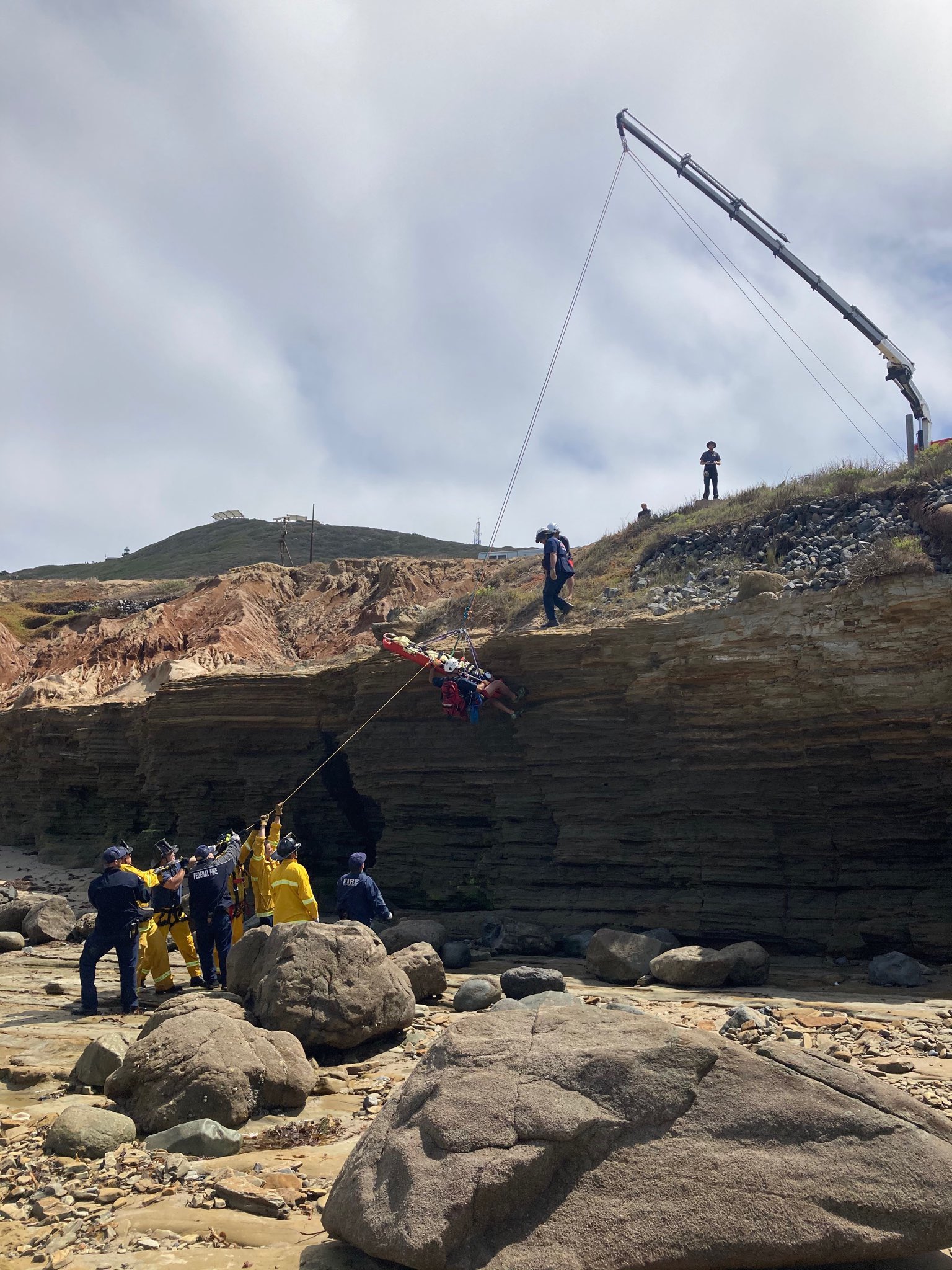 The boat began to drift towards the reef at about 1000 hours Sunday morning, and first responders received notice of a grounding at 1030. A bystander obtained video of the gray-painted vessel heeled over onto her port side, breaking up in pounding surf.

Local officials and U.S. Coast Guard assets launched a rapid response effort in an attempt to save as many of the migrants as possible. A specialized cliff rescue vehicle operated by the San Diego Lifeguards was used to hoist one person to street level for medevac.

The captain of the boat survived the accident, and he has been taken into custody. "Every indication from our perspective is that this was a smuggling vessel to smuggle migrants into the United States illegally," Customs and Border Protection supervisory agent Jeff Stephenson told media on Sunday. He added that the boat was "severely overcrowded."