Floating LNG Platforms Could Be Unmanned

DNV GL has developed a new unmanned floating LNG concept that overcomes many of the challenges currently faced by those looking to unlock the potential of remote offshore gas fields.

Called Solitude, the concept demonstrates how technological advances can be combined into a solution that offers some 20 percent reduction in annual OPEX, only adding a few percent increase in CAPEX and at the same time increase the overall safety. Most of the technology needed is already within reach, says DNV GL. 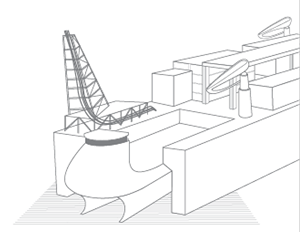 FLNG technology is developing rapidly as part of the industry’s quest for resources in more remote waters. A number of concepts have been discussed, but only a few are currently under construction, as many oil and gas companies have experienced double-digit growth in both capital and operational expenditure over the last decade.

Foreseeing the need for more remote projects to be able to overcome even more challenging cost barriers, whilst still meeting increasingly stringent safety and environmental standards, DNV GL embarked on an Extraordinary Innovation Project to explore the future of LNG technology.

“Solitude has been developed with maintainability foremost in mind,” says Elisabeth Tørstad, DNV GL CEO Oil & Gas.  “By changing the focus from maximum efficiency to maximum reliability, and selecting robust processing options with built-in redundancy, we were able to develop a solution that ensures production levels and boosts the economic viability of FLNG projects.”

Solitude makes use of advanced but mainly available technology to provide its power. Power that would otherwise be generated by high-maintenance gas turbines can for example be generated by fuel cells. This improves power generation reliability and reduces the unit’s environmental footprint. 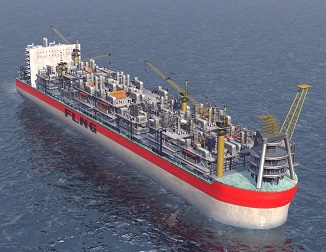 Equipment throughout the FLNG is modularized and monitored from shore with much of the routine maintenance and fault correction carried out by self-programming autonomous inspection and maintenance units (robots). The topside has a system of rails that run along each process train, providing these robots with access to all the equipment.

As there would be no one living on board or working on the topside during normal operation, the associated personal safety risks are eliminated. When people do enter for large maintenance campaigns, the topside would be prepared for a safe working environment. A new support and accommodation vessel concept and its associated docking system on the FLNG further boost the safety of interventions.

“While Solitude is a holistic concept, many of its solutions can be implemented independently – and some are already available today,” says Tørstad.

“These projects are our way of thinking out loud. Our aim is to present high-level concepts that can form a basis for discussion and be further developed in collaboration with the industry. We see Solitude as a new opportunity for the future.”